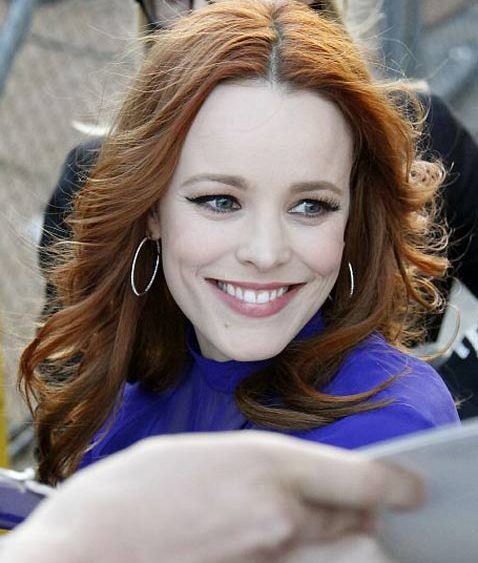 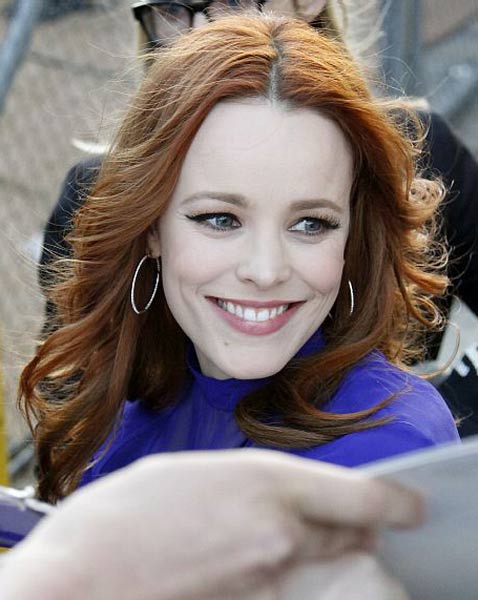 Everyone in Hollywood is going red! Last week we told you how Dianna Agron became a ginger. This week, Rachel McAdams debuted a gorgeous copper hue, saying that it’s the only colour she hadn’t tried yet. Brunette bombshell Megan Fox also went red for her new role as April O’Neil in the upcoming Teenage Mutant Ninja Turtles movie. We’re digging both looks. What about you? [People & Zap2It]

Okay, we know Michelle Williams is in that awkward growing out phase, but we’re just not digging this new, edgy hairstyle on her. How would you style her differently? [People]

The Biebs is trying to shake off his boyish image with a new haircut, which we assume will become a huge hit among young male clients. He’s  left of bit of his old “sweep” on top but shaved sides. Some aren’t so fond of the new ‘do, beliebe it or not: [Entertainmentwise.com]

More First Lady fringe drama! Michelle Obama is calling her bangs “irritating” now that she’s trying to grow them out. They’re almost long enough for a side–sweep…but not quite. Do you think she should keep this style? [The Cut]

Twilight star Nikki Reed cut her long locks into what we already dubbed spring’s hottest haircut, A.K.A. the chop. She’s so behind the times: [Glamour]