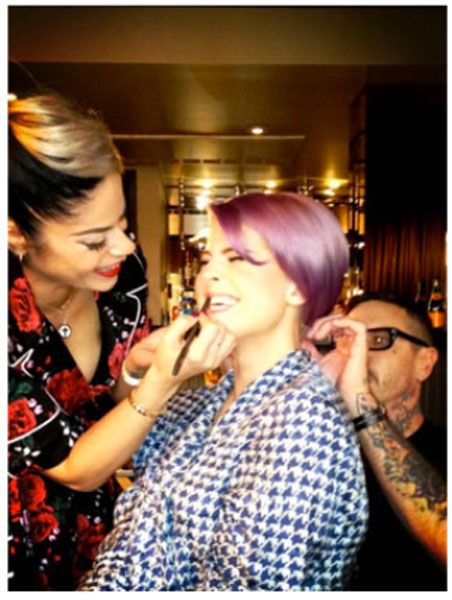 Want to see how the stars prep for the Oscars? Check out The Cut’s roundup of the best celebrity twitter pics and social media shares before they hit the red carpet. [The Cut]

Remember that girl who tried to teach the world how to curl hair on YouTube but ended up burning off a chunk of her own locks instead? We’re sure it was all worth it now because Ellen Degeneres had the girl on her show! [Perez Hilton]

After her big Oscar win, Jennifer Lawrence had her hair coloured dark brown for her return to the role of Katniss Everdeen in the popular Hunger Games movies. Love or hate? [Refinery29]

Britney Spears debuted brown hair at Elton John’s Academy Awards party. We think she looks good, but we’ve seen her make this change before. Will it stick? Can we ever really see Britney as anything other than a blonde? [Yahoo]