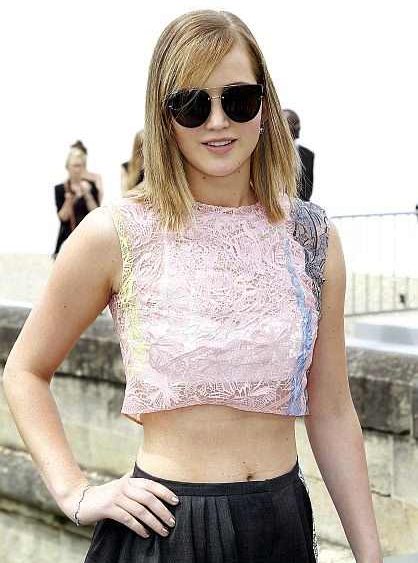 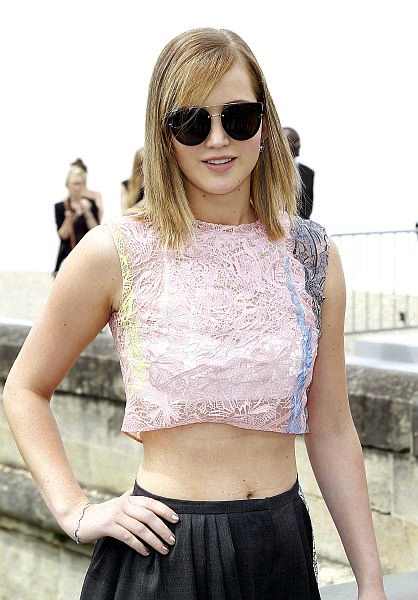 Now we know that animal prints oh-so-classic, but what about worn up top? At the Jean Paul Gaultier couture show, leopard prints climbed and crept their way onto the piled-up hairstyles—a new take on, er, texture? [Telegraph]

Speaking of couture shows, at Dior, Jennifer Lawrence showed up sporting her recent shorter cut. Is it cute or just boring? [Glamour]

Janelle Monae crimped her hair and—gasp—wore it down in her new music video for the album track “Dance Apocalyptic.” A departure from her signature pompadour, we could hardly recognize the songstress if it weren’t for her voice. Do you think she should let her hair down more often? [Billboard]

While Kate Middleton’s bun in the oven is almost ready and no doubt she’s keeping up the pre-natal routine to a tee, she switched up her hair routine by visiting Rossano Ferretti Hair Spa over the weekend, a break from Richard Ward salon, which gave her the signature Chelsea blowout. Is she shopping for a new momtastic look? [E! Online Canada]

Not only did we celebrate Canada Day and Independence Day in one week (an excuse to gorge on maple syrup and M&Ms?) but also it was happy anniversary to Victoria Beckham! It’s been 14 years since she’s tied the knot with hunky Beckham. So, let’s look back at her hair moments, shall we? [Bella Sugar]