This week, Toronto was buzzing at David Pecaut Square for the World MasterCard Fashion Week Spring/Summer 2016 shows. We caught up with Jorge Joao, lead artist for Redken, and Rita Remark, global lead educator and lead artist for Essie Canada, on how they created their top trends.

It’s no surprise that we’ve been seeing a return to this golden decade for some time now, and this week was no different. While some designers chose a more natural ‘70s-inspired wave, it was Pink Tartan that really made that throwback statement. Joao explained, “We’re doing a lot more of a ‘70s feel with lots of volume and bounce,” adding that for Pink Tartan, what Joao described as “eye candy for hair people,” the team incorporated a zigzag curl, which was later fluffed out after it had set. Joao incorporated some edgy elements like the line of three side braids spotted at Rachel Sin, but it was the soft, loose waves that came the whole week ultra-feminine. 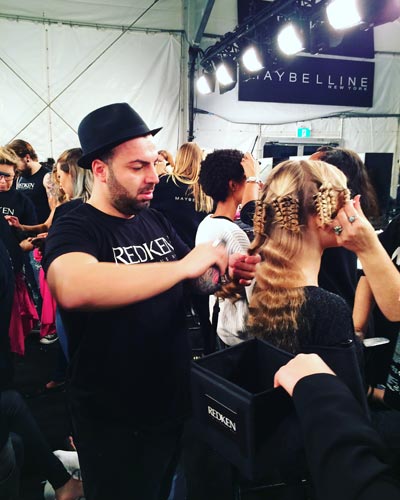 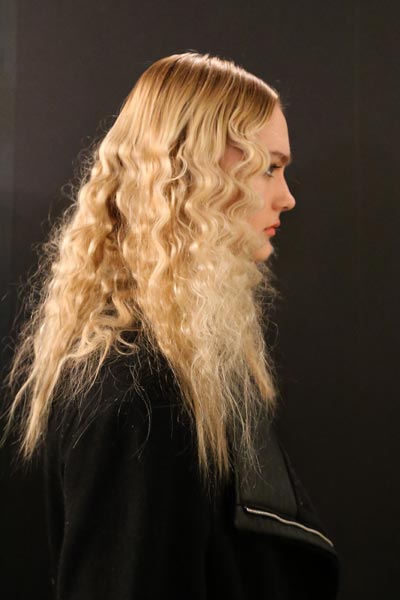 This season was a bit of a departure of what we’ve seen in the past for nail art. Remark explained, “We’re entering into an age where having over-the-top nail art is so passé, but having a regular manicure is boring. You want to do something new—you want to be able to still make a statement with nails.” While Hayley Elsasser made a splash with colour, created with the Silk Watercolor collection, it was Mikhael Kale, Matthew Gallagher, Mackage and Lucian Matis that played with fresh takes on the French manicure and negative space. For Remark, creating looks like this means “the polish is getting lesser and lesser on the nail, but the effect is getting bigger and bigger.” 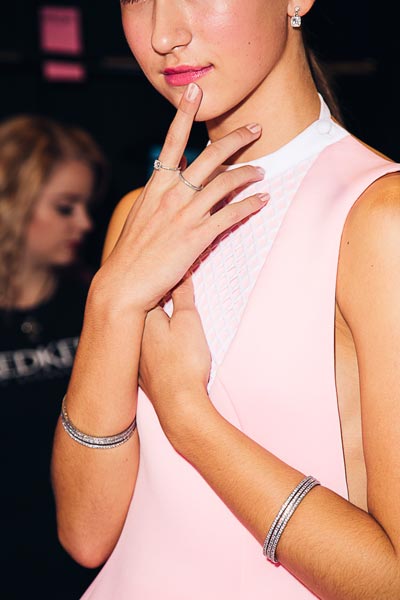 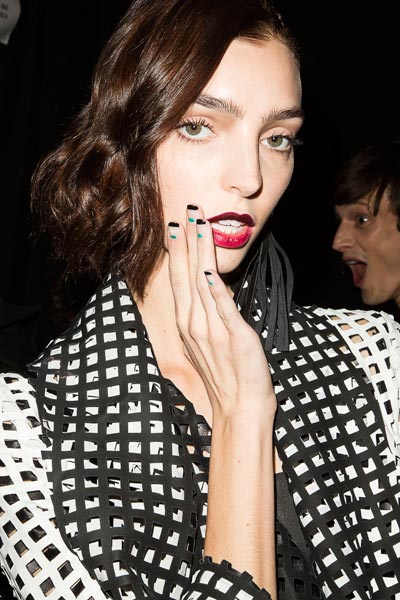