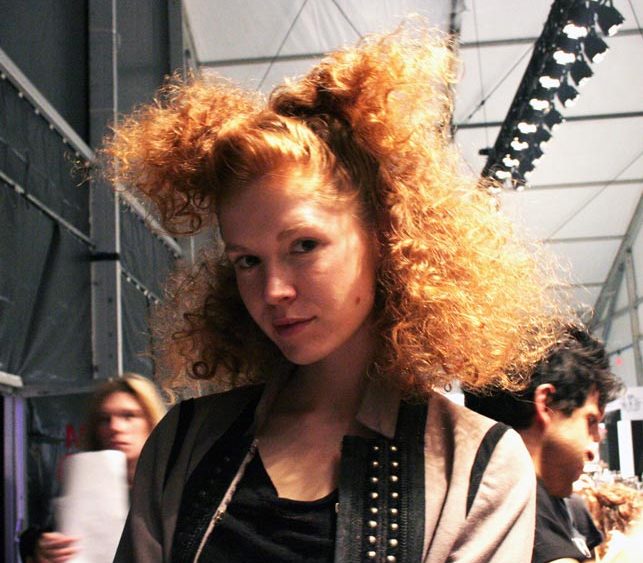 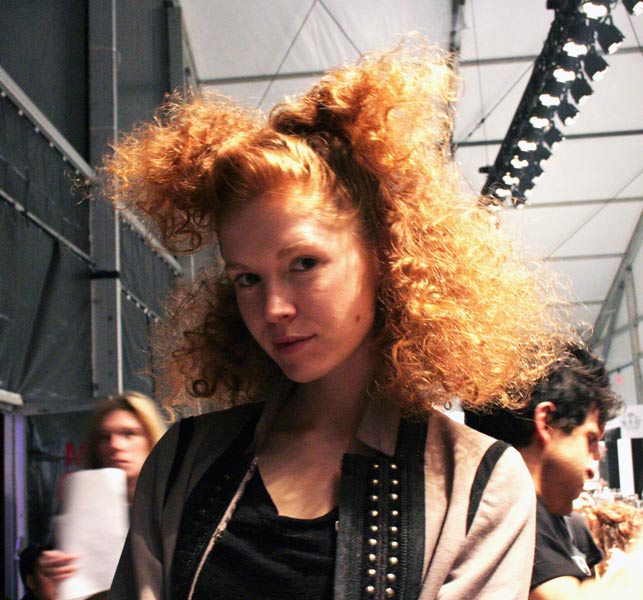 What: Thirty-one designers, five days, one runway. Unveiling the hottest Canadian collections for fall 2012, fashionistas came gliding into town on sky-high heels and striking colours to do what our industry loves: look. Salon got backstage—and met some very talented stylists and nail technicians—to find out what hair and nails were completing the outfits. A huge kudos goes out to Jorge Joao, who led the hair team in wicked-fast but hairline-precise art direction. Applause for Melissa Forrest, who led the Essie team with full force as hard as nails. 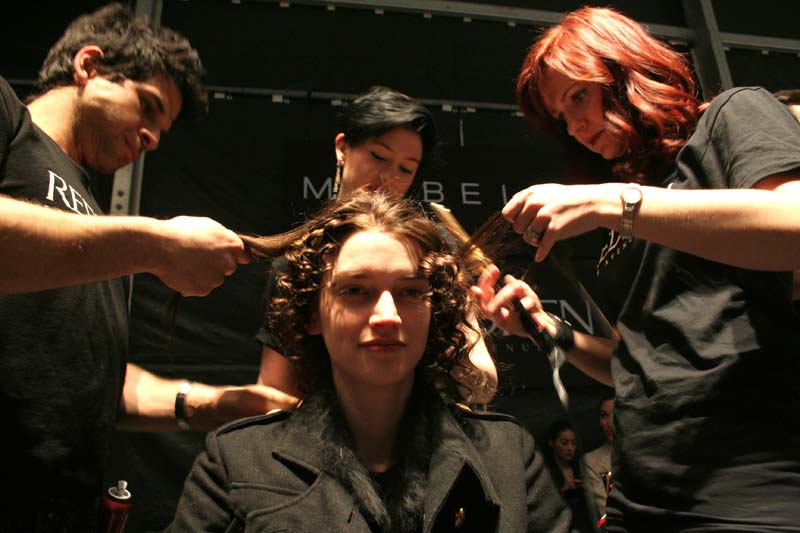 At the opening Korhani show, a model dressed like Ghengis Khan led the pack with a collision of textures: knotted updos and sleek ponytails secured at the top of the head. Then it was glamour punk with lots of disconnection, bringing out the natural texture of hair. Korhani closed with the story of old-world regality with big, over-the-top Venetian-inspired looks. Impressively, the Redken team had to dismantle the hair at record-speed in between the Korhani and Holt Renfrew shows because both shows were sharing seven models.

Soundbite: What’s it like to work in the crunch of a transition between fashion shows? “Like a football team, it’s all about being organized. You got your pinners, your braiders, sprayers—everyone is organized. There’s no other way to do it,” says Joao.