Stepping Up Your Hairstyling Skills

How every hairstylist can take their skills to the next level.

While some may argue that hair shows are losing steam, there’s nothing like adding a competition to get a hairstylist’s creativity to reach new heights. For Revlon Professional’s global Style Masters event in Barcelona, Spain, Canadian hairstylists felt the energy was electric and inspiring. We spoke with hairstylists (including Raffaele Fiorante, the Canadian Style Masters finalist) and found out what it means to represent your country on stage, meet hairstylists from around the world and above all, dream big!

Why More Canadian Hairstylists Need to Get Out There

It’s easy to complain of boredom in the salon, but not so easy to get out there and do something about it. No one knows that better than Fiorante. “I would sit and complain that I was bored and I wasn’t making enough money. I was that hairstylist who would put off pushing myself, but you have to try,” he says. “In Canada, we are used to the same thing. Any time you can get outside of the country, you’ll be inspired by everything from a different culture. There are never enough opportunities you can have to immerse yourself in a new culture.” 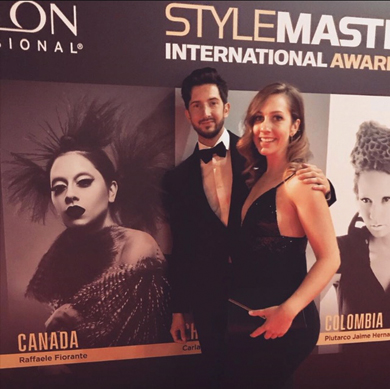 Why Vision is Important, But Not Always a Big Deal

As a hairstylist for more than a decade, Fiorante knew he had to up his game if he wanted to continue to grow his creativity. “Working at Fiorio gave me the opportunity to see the 2016 Style Masters show for the first time and I was blown away,” he says. “So much so, that I came back with the thought that one day, I wanted to be on stage, and here
I am two years later. I had a vision and decided to make it happen.”

Why You Don’t Need Perfection to Be Creative

Fiorante says his looks are inspired partly by royalty and mythology from portraits he has seen. “I had these ideas in my head [and wanted to create], yet nothing was working. But I work well under pressure without thinking,” he says. “With the initial look, you can always perfect it after, but sometimes you need to just create the look and see how your ideas come to life.” 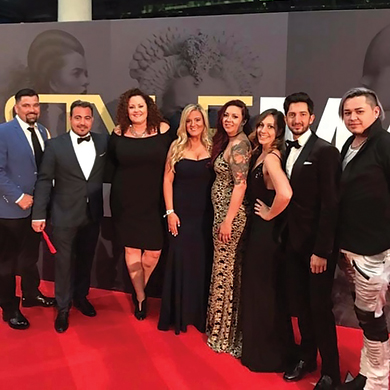 How a Family Atmosphere Builds You Up

From his first time at the Style Masters event, Fiorante says he realized he was a part of something much bigger. “When I came back, I remember wanting to really be a part of the competition and I felt that every hairstylist needed to go and have that experience,” he says. “Seeing hairstylists like you on stage—it ignites something in you that gets you out of that feeling of being bored in a salon.”

How It Feels to Represent Your Country

In a similar way that competitive athletes play for their country, or musicians take the stage in front of their hometown crowd, at the Style Masters event, country winners are representing with national pride. “Seeing myself in photos on the red carpet, it really made me speechless and grateful for the opportunity,’ he says. “For me it’s like watching the Grammys or the Oscars. Sitting in the audience and seeing yourself as the Canadian winner—it’s that drive.”