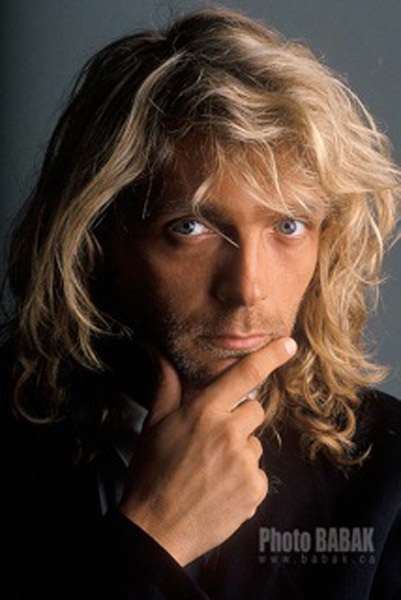 Iconic hairstylist Michael Volpe, 55, passed away April 12 in Toronto. Volpe operated the hugely success Private Lines in Hair, a salon in Yorkville, from 1987 through the late ‘90s. The salon was a launch pad for many successful hairstylists and salon owners working today.

“Michael had a great presence and the aura of a humble rock star turned hairstylist,” says Greg Robins, VP of Digital Media for Salon Magazine. “He was very connected with socialites and people in media and the arts. Private Lines was a Friday night destination and was the scene of many great open houses.His legacy lives on in so many ways, and he did his part to raise the bar for every stylist and colour tech out there.”

He never started out planning to be a hairstylist, though. When he was put on a two-year waitlist for the Ontario College of Art, he turned to hairstyling at the suggestion of a girlfriend. In an interview he did with Salon in 1998, he said, “I was always an artist in the traditional sense that I put pen to paper. I had never thought about hairstyling as an art form, or hair as a creative material.”

After graduating from Toronto’s Marvel Beauty School in 1979, Volpe worked at Dunn & Dunn on Queen Street West and Hair by Franco on Bloor Street West, before opening his own salon.

“Michael didn’t want to follow the trend,” says Norm Wright of Taz Salon. “He created the trend around the individual. When I worked with Michael and had a great, creative idea, it was because Michael was in the room.”

Daniel Naumovski from Taz Salon agrees. “You could say that  Michael Volpe was the beginning of my hair career. He gave me my first opportunity to be on stage something that I always wanted to do as a young stylist,” he says. “And to just be a part of an amazing team; it was like lightning in a bottle for short period of time, which is helped me in my career and in my business.”

P&G’s Fabio Sementilli recalled Volpe as “a true pioneer for hairstylists of my generation. He gave us the courage to dream for more and gain the respect of editors, fashion television and manufacturers in the late ‘80s and ‘90s. Somehow, Toronto just got a little smaller by losing our brother.”

He leaves behind a daughter, Simone.