On the Road to Competition (Part 2): Adrian Carew 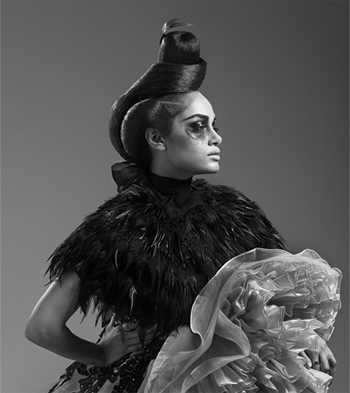 After Hassan Nasser placed second in Canada at the American Crew All-Star Challenge last year, he had his mind set on winning this year. Hiring an experienced professional photographer, the Calgary-based hairstylist knew what he had to do to step up his game this year. “This year I took no chances. I made the right choices with lighting and hired someone who brought out the resolution in the photos.” Nasser’s attention to detail paid off, and he headed to Paris to compete for the global title.

For Canadian Revlon Style Masters finalist Adrian Carew, this year’s experience was different from his last. A year ago, the Toronto-based hairstylist had been among the top nine country finalists in the Style Masters competition, showcasing his winning work on stage in front of a global audience. This year he wasn’t, but that doesn’t mean Carew didn’t win in other ways.

While both Nasser and Carew have award-winning work, the paths they took were different. Here’s a look at how you can achieve victory on different levels, continuing with Adrian Carew’s tips and experiences. (Check out part one of this feature next week, when we shared Hassan Nasser’s path to success.)

“The nine finalists took an avant-garde artistic approach, while I focused more on simplicity,” says Carew. “Next year, I realize I’ll need to think more creatively, outside the box, and not play it as safe as I did with this collection.

“I grew up in the hairdressing world. My mom was a hairstylist seeing and watching styles on the street. I was seeing that movement and texture more on the street. The second photos were based a lot on what my mom was doing.

“For this collection, it was about conceptual beauty,” says Carew. “From attainable, wearable pretty to more of a nod to my culture in their shape, with a connection to the sea. The looks were based more in architectural realism

“Many designers are going to the weaves and braiding,” says Carew. “It’s a good thing, and I think that with the type of textured hair we are seeing more of now, there is a lot more longevity and wearable nature in these looks.”

“Entering an international competition opens up another world,” says Carew. “Sometimes we put ourselves in a certain bracket and need to step out of our box in order to realize what we can achieve.”

“More time will be spent on hair care because we are using a lot more styling tools,” says Carew. “With styling going back to blow-drying and giving hair body, we’ll be seeing glamour, movement and volume, and you only can achieve this with well-conditioned hair.”