On the Road to Competition (Part 1): Hassan Nasser 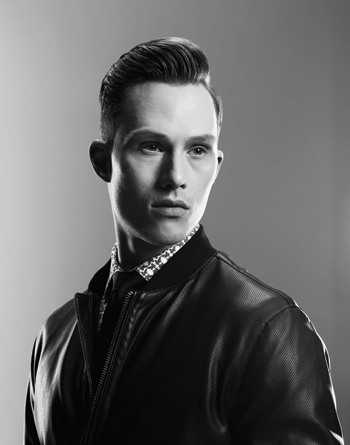 After Hassan Nasser placed second in Canada at the American Crew All-Star Challenge last year, he had his mind set on winning this year. Hiring an experienced professional photographer, the Calgary-based hairstylist knew what he had to do to step up his game this year. “This year I took no chances. I made the right choices with lighting and hired someone who brought out the resolution in the photos.” Nasser’s attention to detail paid off, and he headed to Paris to compete for the global title.

For Canadian Revlon Style Masters finalist Adrian Carew, this year’s experience was different from his last. A year ago, the Toronto-based hairstylist had been among the top nine country finalists in the Style Masters competition, showcasing his winning work on stage in front of a global audience. This year he wasn’t, but that doesn’t mean Carew didn’t win in other ways.

While both Nasser and Carew have award-winning work, the paths they took were different. Here’s a look at how you can achieve victory on different levels, starting with Hassan Nasser’s path. (Stay tuned for part two of this feature next week, when we’ll share Adrian Carew’s path to success.)

“Last year the hair was up to standard, but the quality of the photography needed work,” says Nasser. “From the lighting to the photographer to the models, I made the right choices and trusted in my work with their hair.”

“I started planning about eight months before the All-Star Challenge deadline,” explains Nasser. “Since I came so close last year, I want to make it this year so I took my time and any potential clients that came in I would ask them if they were interested.”

“I’ll start pushing around his hair,” explains Nasser, “you have to go with your gut and use your instincts. I was looking to make sure everything was symmetrical, balanced and clean.”

“With black and white photography, you can mix different colours, but you need to add texture to add more depth to the photo,” says Nasser. “I wanted the look to be classy and sporty yet smart and casual because that’s what American Crew is about.”

“You gain a lot of credibility with your clients,“ says Nasser. “American Crew is a huge company, so personally it means that someone is noticing my hard work and effort. That’s big.”

“Clean sides, tapered sides, texture with curl, nothing too short,” says Nasser. “It only takes a few celebrities to move in a certain direction, and I get to live vicariously through my clients.”