Lock and load takes on a new meaning with the dramatic smoky eyes at Donna Karan. Lips were kept nude, in order to keep the look fresh. Contessa winner and TV makeup artist Cheryl Gushue says, “This season [Donna Karan] gave smokey eyes a twist by using dark grey and blending all the way up to the brow bone for drama. The skin has some glow—not too matte—and there is a hint of contouring below the cheekbones with very pale blush.” 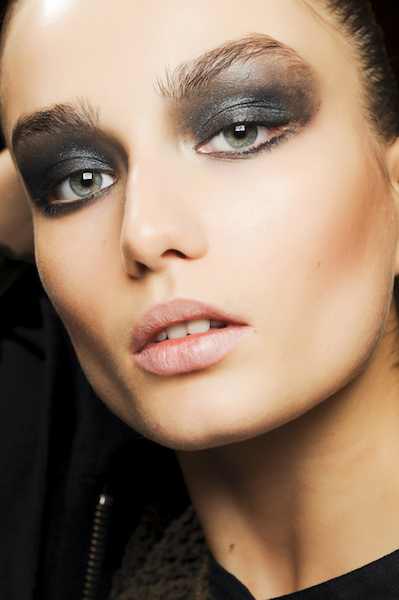 At Jason Wu, the cat eye got some colour treatment with a vibrant indigo hue. “Makeup artist Dian Kendal created this look by using a purple khol pencil before applying the shadow powder pigment to create the intensity,” says Gushue. Again, lips were played down and the eyes finished with a thin black line on the upper lash line to give the look of fullness. 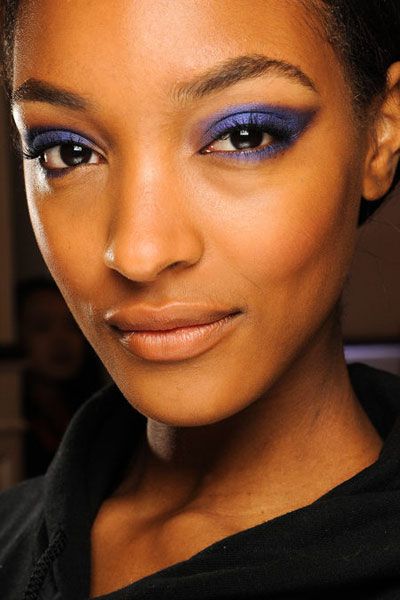 Models at Diane Von Furstenberg sported a modern, fuchsia matte lip that is wearable for many skin tones. “Be sure to have a steady hand when creating this look,” says Gushue. “You may want to try using a lip brush to create the outside lip line for better control. Top up the cheeks with a soft matte bronzer for contour and be sure to coat lashes with a touch of black.” 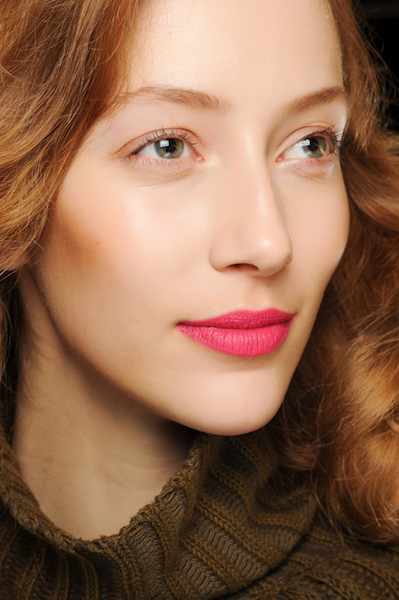 Nails were treated to a bit of snowfall on the Tadashi runway. China Glaze lead manicurist, Joy A. Johnston, painted on Dandy Lyin’ Around from the Avant Garden collection, matching the silvery-white eyeliner models were sporting. Also, 2013 marks the 9th season that China Glaze and Tadashi have worked together for NYFW. 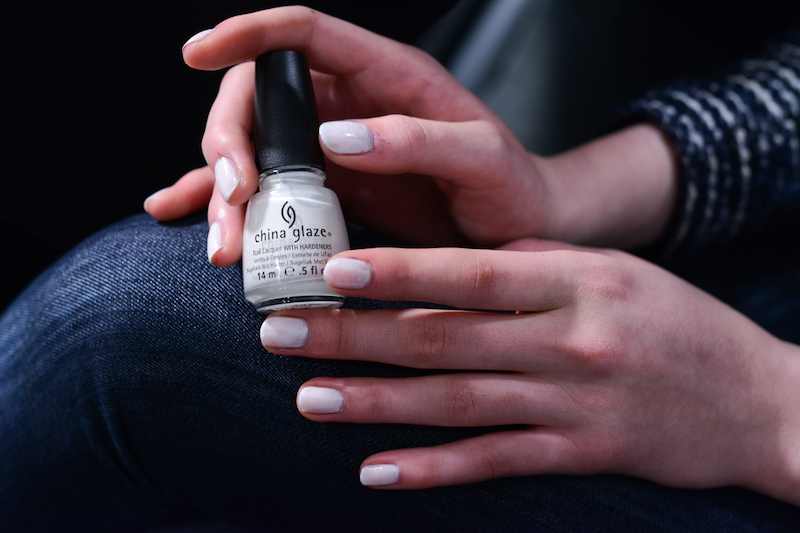 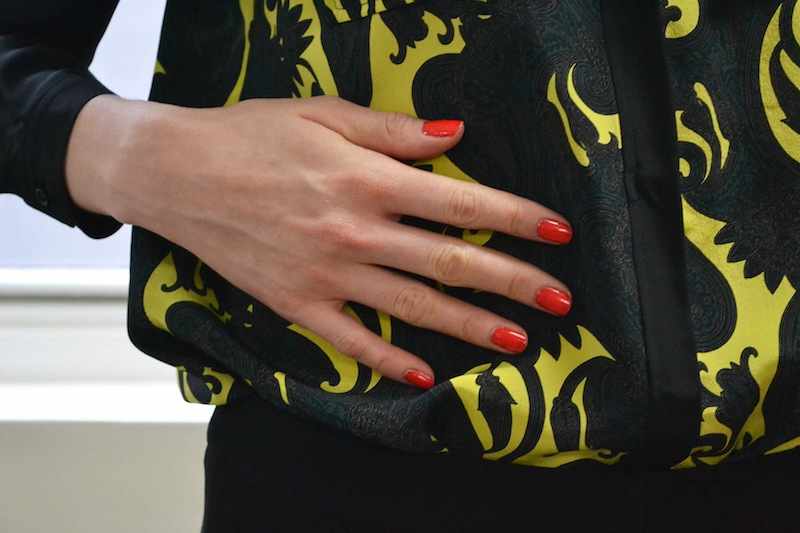 Behind the scenes with Alexander Wang, CND founder and creative director Jan Arnold created a uniquely textured nail. CND Impossibly Plush was feathered with a fan brush from both sides of the nail toward the centre. After sealing with a top coat and buffed, the results was a worn sandstone, eroded monochromatic natural look. 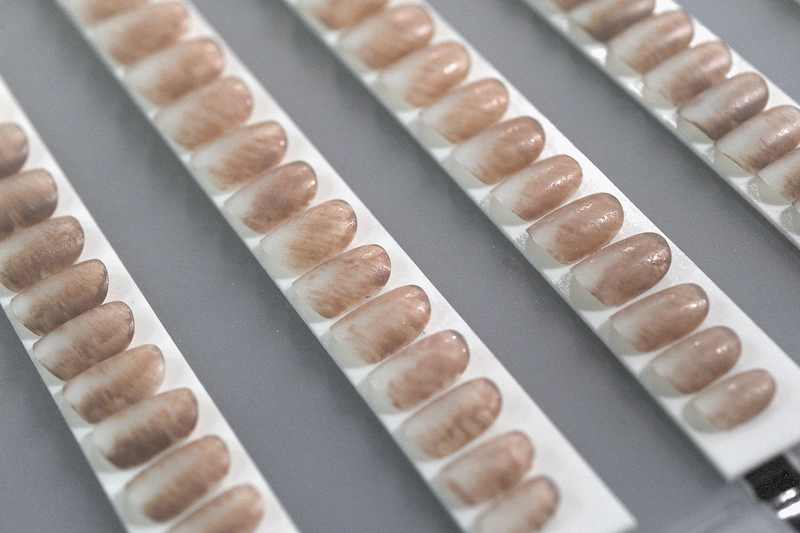