How Barbering Brought Two Friends Together

In this new series we feature pros from throughout the industry for a bit of real talk about what matters most in their personal and professional lives. First up: Longtime friends and barbers, Farzad Salehi, “ the Happy Barber ” from Vancouver and Rob Rietveld from Schorem Barbershop in Holland, to talk about all things men’s grooming. 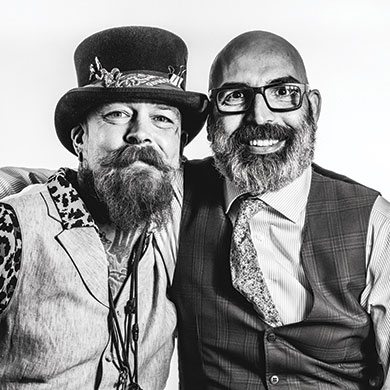 Rob: I met Farzad on the internet. I had been a barber for a very long time and a shaving had always been a bit of a downside. I saw what he was doing and I immediately was interested because it said something to me about how the world is changing. I was also really interested in the barbering culture and the feeling in his shop.

Farzad: Rob didn’t look like a barber, but then I started paying attention to his work and thought, “I wish I could do that!” Not only is he very talented, but he’s a great man and I’m happy to call him a friend.

Rob: I would say the same about him. We come from such different worlds and have a love for what we do. We hit it off from the moment we met. There’s great comradery in this industry—there’s not a barber in the world I can’t talk with for a few hours.

On Their Most Coveted Skills

Farzad: Barbers share a common trait where we don’t judge each other. I have seen the work of someone who may have a personality that turns me off, but I can appreciate that their craft is extra.

Rob: He made [shaving] look so easy and relaxing. I saw that his hands weren’t just working—it was his whole body. It’s not the technique but the attitude I realized that I was focusing on the end result and not the movements. 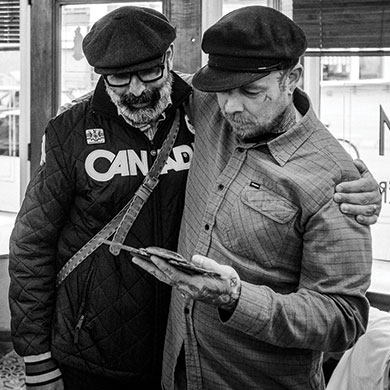 Farzad: The first video I ever did was the one Rob saw. It was during the beginning of the barbering boom that I put it on YouTube.

Rob: With online videos, I really want to show people the difference in the haircuts related to the barber renaissance. I’ve been doing hair for 30 years and Farzad has been doing it for 32, so we are old school. Barbering is almost a fad now, but it has such a rich history.

Farzad: Barbers have to pay attention to the culture. Just because you put a barber sign on the wall, doesn’t mean the shop is a good one. A barber who understands the culture will succeed, I’m convinced.

Rob: We have each found our perfect job. In life, you have to do what makes you happy.