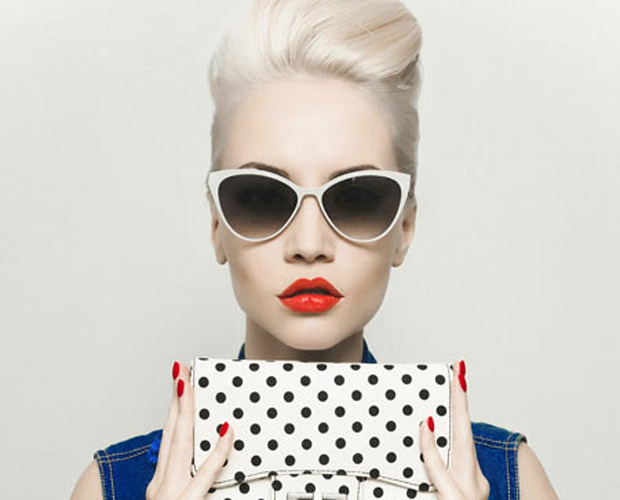 How Hairdressers Can Double Their Income in 6 Months in 2017

Michael Levine explains how one young hairdresser built her business fast after graduating—and what you can learn from her to increase your own profits in six months.

I have 50 employees, and my business model is to not hire hairstylists with a clientele. We develop talent rather than recruit it. I see some succeed, some stagnate and a few achieve success very quickly.

Today I thought I would share a story of two young stylists I hired at the same time, with very similar skill sets, both very attractive. (I mention their looks because let’s face it: sometimes the really pretty ones can have an unfair advantage on ugly scrubs like myself, regardless of ability.) I will refer to them as “Kim” and “Khloe.”

“Khloe” graduated from hair school and started apprenticing. But she struggled with the role of apprentice/assistant. She would sometimes refer to herself as a “new stylist” and imply she was above certain duties. She looked great and had clients compliment her and ask the stylists in the salon for hair just like hers. At the same time, she would often dress it down though and would sometimes have to be talked to about laziness. She also had a tendency to have drama surround her. She always seemed to be either sick, or fighting something, or in the middle of a break-up. She also seemed to be inspired and energized by her other passions and interests. She was given her first floor day and the rest of the week she assisted and apprenticed.

“Kim” graduated hair school and started apprenticing, working hard, keeping quiet and focusing on the task at hand, which was to reach a financial goal with her one floor day a week. By hitting this goal, she would earn her second floor day the next month. She started dressing better and making sure her makeup was right, and focused on self-improvement. She was very pretty but started taking more risk with her makeup, and her hair always looked great.

Khloe would often complain about not being busy, and not earning her next floor day. She could often be heard complaining that Kim had been given a better floor day, one with more walk-ins, that’s why Kim was busier than her. She would sometimes talk about moving back to her small town. She received a warning letter about her attitude, and was actually let go and then re-hired. While she was nice and had talent, we had to try to get her to push herself to succeed and see a clear future. 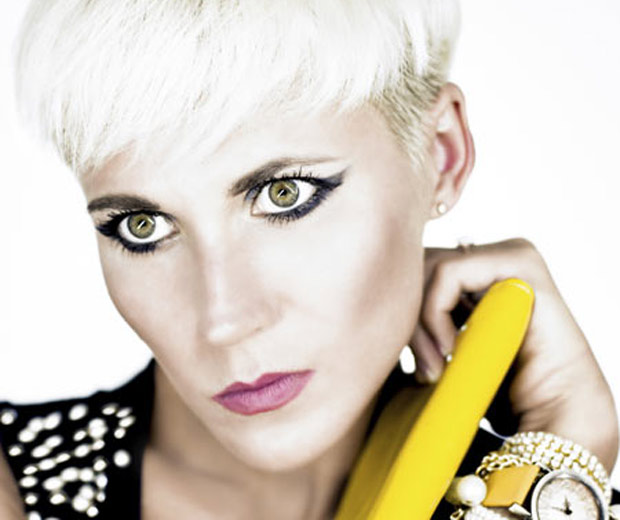 Kim started to get busy. It seemed she had a mission to get her next floor day immediately and she went about making sure her chair was as full as it could be. She also showed up to every thing she could. Her positive attitude and increasing professionalism drove us to put her into our academy as an assistant to the instructors. And she got her next floor day the following month. She earned her full-time floor days as fast as you can, in four months.

Khloe, on the other hand, was still struggling. Her floor day was switched to Saturday in order to help her get busier but the same issues persisted: drama, spending a lot of time in the staff room complaining, and talking about how to get busier with no action. She was getting a little busier but not really getting many repeats, which was strange, because the hair she did was not bad and she was pleasant with her clients.

Kim would come to work excited and would approach her clients fearlessly. She learned from those around her and immersed herself in learning the type of hair she wanted to do. She had only been doing hair for a few months but would speak to her clients as if she was an expert. Her colours became huge makeovers and she bit off a little more than she could chew more than a few times, but she started to get pretty good, very quickly. And her styling was getting to be very good as well. In her second full-time month on the floor, she broke $7,000 in service dollars on a four day week charging $45 a cut. This was six months after graduating hair school.

Khloe wasn’t really building much of a clientele at all but had reached her third floor day, nearly a year later.

Kim had very quickly positioned herself as an expert in her area, and was building an online portfolio and presence that backed it up. She was getting more and more referrals, all new business to the salon. There can be ego and entitlement with success so soon and at such a young age, and Kim decided she wanted to take her career in a different direction by doing some things online that weren’t really in line with who we were as a company. She was told that if that was the direction she wanted to go, it wouldn’t work for her to stay with us. So she left, no hard feelings on our side, and apparently is doing very well at another salon.

Khloe was fired shortly after for badmouthing the salons’ policies and management, while on the salon floor and within earshot of the GM. Oddly enough, she went to the same salon as Kim. She could have used the opportunity to reinvent herself and start fresh but she chose the path of least resistance and went where things were comfortable. 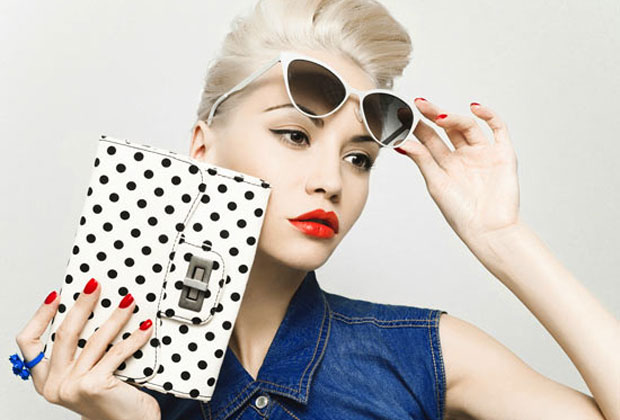 Why did Kim succeed so quickly where Khloe didn’t, when they both worked in the same salon and had the same information and training available to them? They both were the same person on paper.

Kim knew she was going to be a success. She spent her energy learning how to master commercial hairdressing and developing a clientele that believed in her and her work. She took what is relatively simple and gave the impression to her clients that it was special and could only be done by her. She named her techniques and talked up her work, not herself. She sold product with the same sincerity and passion. The people that sat in her chair believed she was an expert.

Khloe waited for things to happen. She serviced whoever was put in her chair and was happy to have discussions about how to get busy but never actually got busy. Her path will bea long, meandering one because she doesn’t actually know where she is going. She might not even know if she wants to get there. She is sitting on a bus going for a ride, taking the scenic route.

Where Khloe took the bus, Kim decided to buy a car. In fact she may even have stolen it, because she’s driving it like it is. She jumped in, grabbed the wheel and stepped on the gas, hard. She knew exactly where she wanted to go—at least for the short-term—and she drove that car directly there as if on a mission.

That’s how success works. The most successful hairdressers (and people) are entrepreneurs at heart. It doesn’t mean they all need to be independent or self-employed, but they understand that they are in charge of how well they do, and how quickly they succeed is up to them. They don’t waste time. They see what they need to do, who they need to hang around and what they need to know in order to get to where they want to go. 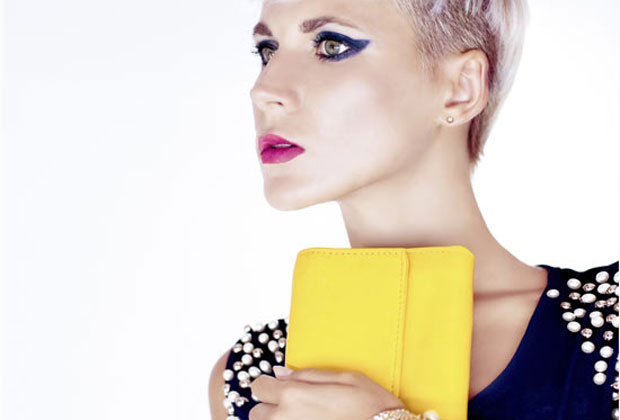 This can be developed, learned and taught, but ultimately it is always up to the indiviudal. Most people talk about doing things but don’t actually do them. Most people fantasize about being rich, but don’t dedicate any real energy to living their dream. Although it’s fine if people don’t achieve everything they are capable of, they shouldn’t complain, because they know the answer. Believe in yourself, immerse yourself, get out of your comfort zone, truly dedicate yourself, evolve and become. Some say you need to fake it till you make it; it’s not quite so simple. You have to truly believe.

You want abs? Get off the couch, get in the gym, cut out the bread, sugar and alcohol and you will be there in six months.

You want to be a successful hairdresser and make money? Dress the part, live the part, and promote yourself to strangers all day, every day. Know that you need to become a better stylist so that you will learn from every client you work with. Be dialed in to your success at all times, and you will double your income in six months, guaranteed.

Look in the mirror and know that if it isn’t happening, you aren’t doing enough. It’s you. So either do something about it, or quit your bitching. Believe, do, and act, or shut up and accept the mediocrity that you have chosen, whether consciously or subconsciously.

Michael Levine co-owns three salons, Caramel, Space and Product, and two Vancouver Hairdressing Academy locations with his wife in Vancouver BC. They have a product line and six Contessa Awards under their belt. A hairdresser since 1994, Michael has done it all, from apprentice to platform artist. He loves coaching and inspiring hairdressers to see more for themselves. Visit his blog here.