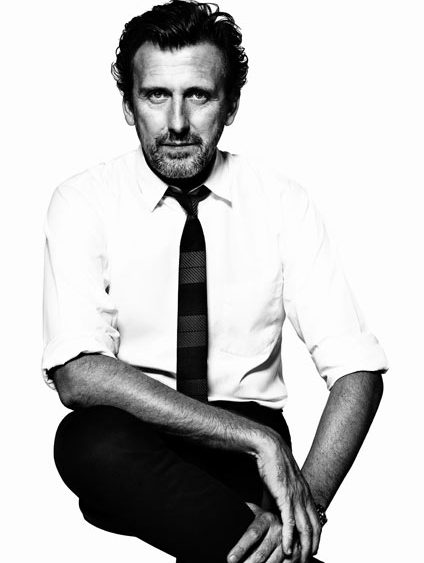 How To… Become a Creative Director 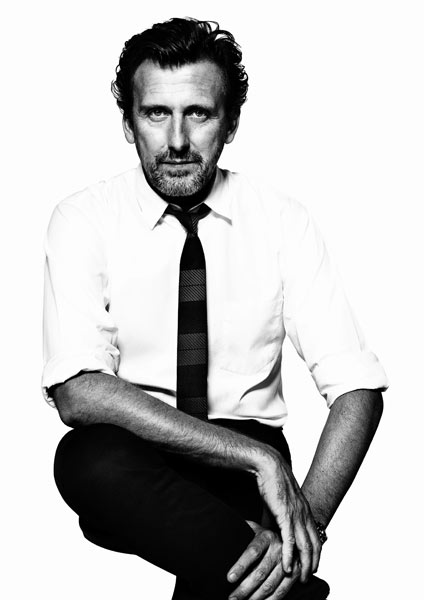 We’re interviewing the best in the industry on how they got to where they are–and how you can get there too! This week, we speak with Mark Hayes on becoming the international creative director for Sassoon.

I started at Sassoon as an apprentice in South Molton Street in June 1977. I loved the camaraderie of the assistant team, working in the salon and really felt as though I had found my spiritual home. I prided myself on working extremely hard to support the team whilst also getting a reputation for being quick to have a laugh and be a little naughty at the same time! I think it is tremendously important to enjoy what you do at the same time as getting the work done.

I trained for two and a half years before passing my test in 1979 and joining the Sloane Square Salon as a junior stylist. This was a massive step forward for me and I loved the chic little salon located at the cool end of Sloane Street. It was originally designed to be a creative director’s salon, so I reveled in my newfound seniority working alongside Herta Keller, who was a huge influence on me at this time. I attended every model call and soiree—in fact, I made sure I was at any creative event that was going on. Always being present is another key ingredient to success.

I transferred to the Sassoon Academy in 1980 and gradually established myself as a highly creative, if slightly anarchic teacher. I loved teaching and sharing ideas, as it gave me an opportunity to team up with my mentor, Vivienne Mackinder, who had been one of my teachers. However after Vivienne left, I felt that I needed a new challenge so it was tremendously exciting to be relocated to Manchester as assistant creative director in 1982. It is important to grasp new opportunities; one never knows where they may lead.

In 1986, I returned to London a much more complete and creative person as assistant UK creative director and then promoted to the full UK position a year later.

Learn to Stick it Out with Plan B

Manchester wouldn’t have been my first choice and I felt extremely homesick for the first few months. Nonetheless, I gradually started to gain confidence by building a new young team and I eventually stayed for nearly four years. The Hacienda nightclub had opened during the time when Manchester was becoming the centre of cool! I was certainly in the right place at the right time! As well as being enormously exciting in a creative sense, my time in Manchester also taught me how to develop and create a team. I found that I loved that part of my role as creative director. You will always learn as you teach.

There are sometimes difficult, challenging decisions one has to make, both personally and professionally. Deciding to move to Manchester in the early ‘80s was not an easy decision but one that I now look back on as a watershed moment in my career.

I remember Vivienne Mackinder giving me my “eureka” moment whilst patiently sharing, for the umpteenth time, the layering method. The penny finally dropped and I was finally able to understand the dynamics of hair. It was possibly the most powerful moment in my career. It is most rewarding when you can help others have the same experience.

Strike a Balance Between Taskmaster and Mentor for Your Team

It is extremely exciting to work with a truly international creative team. They each bring their own unique perspective to the Sassoon philosophy. They constantly amaze me with their passion, commitment and talent in devising new ways to creatively express themselves through hair. It’s a privilege to direct a team of highly creative people. Part of my responsibility is to ensure that their individual voices are heard.

I have always been involved with an international team, from being an assistant in Salon 77 (now Salon International) to now heading up the international creative team. The challenges are many and varied but all ultimately rewarding. Being responsible for the development of a person’s career is something I take extremely seriously, as I am literally holding their hopes and dreams in the palm of my hand. Sometimes I can be full of praise for a job well done; sometimes I have to be the taskmaster exhorting the team to greater efforts and performance. It is always a balance and I have been lucky to have my own incredible mentors to learn from.

Take Interest in Other People’s Success

I think that to be a creative director one obviously has to have talent, but that is never really going to be enough to truly succeed. One has to have empathy for others and be truly interested in developing others. I have certainly been the beneficiary of help in my career and have always remembered that it is my duty to help others. At Sassoon there is an unwritten code that says, “Just as you were taught so shall you teach others.” I think that is a huge part of the continuing success of Sassoon.