How to Make Your Salon More Man-Friendly

More men than ever are getting salon services. But what’s surprising is the draw—it has little to do with manly treatment names, big-screen TVs or rustic decor.

From barbershops to multi-service salons, men everywhere are demanding great, versatile looks. And it‘s only getting better. So, what is it that gets men through the door, and keeps them coming back? It might surprise you. 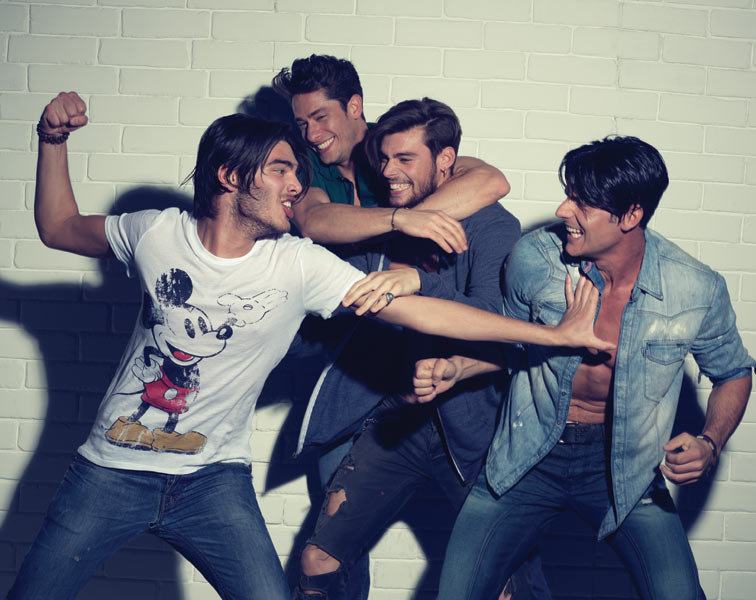 1. Be an expert at men’s haircutting and styling.

“Generally, when I meet someone who has a big male clientele, they’re a better hairdresser than someone who doesn’t,” explains Matthew Collins, co-owner of Brennen Demelo Studio in Toronto and a L‘Oréal Professionnel artist. “This might be because if you mess up an inch at the back of a female haircut, she may never notice. But if you mess up an inch with a male haircut, he’ll never come back—and he’ll tell all his friends never to come back, either.”

Rob Rutledge, owner of Al’s Barber Shop and Salon 247, both in Brampton, Ont., agrees. “A haircut might look good for a magazine, but the next day, when you wash your hair, it’s not the same. We do a lot of our cutting to actually stay in place. There’s a lot more technique, a lot more depth cutting.” This appeals to men because regardless of how much they may be catching up to women in the vanity department, they still want to wake up in the morning and not do a lot of work to get their hair looking as good as it did the day before.

And don’t underestimate the power of word of mouth when it comes to men. “If you give a man a good haircut, perhaps even more than a woman, he’s going to tell everyone,” says Collins. Another surprising reveal: it’s not just women who are sending their husbands, boyfriends or partners in for salon services: “Most of my male clients have sent me their girlfriends and three of their friends, too,” says Collins. “This matters a lot more than coming up with masculine names for products and services or trying to make your salon look manly [to attract the clientele].”

2. Keep the salon man-friendly and simple.

Simplicity is another key to attracting a wider male clientele base. “Don’t treat it like a spa,” says Domenico Tomei, owner of Fernando Cellini Hair Salon in Ottawa. He also recently opened a barber shop in Ottawa called House of Barons. “Help men get comfortable by not over-analyzing what they want. Also, don’t assume that because your client is a guy, he doesn’t care about what you’re doing while he’s in your chair.”

Salon owners should also think about the image they present. “Men are not as drawn to salons that don’t have visuals of the person they aspire to be,” says Jay Fata, Eufora artist and owner of Valor Men’s Grooming in Phoenixville, Pa. “You must have photos of the client you want to attract—so if that is men, have male imagery.”

You should also make it easy for men to come in for a service. “For example, we don’t take appointments,” says Rutledge. “So a guy can just come in and get out. He doesn’t need to plan ahead.”

Finally, accept the fact that men might need a little space. Since more men are growing their hair long, Collins has noticed an increase in requests for smoothing and keratin treatments—but guys would prefer to be somewhere private when engaging in these services. The same goes for colour. “A lot of male clients, even if they’re very comfortable with themselves, generally don’t like to sit in the main part of the salon with colour on their head. I don’t think that’s going to change.” This might mean offering evening appointments, or creating an area that’s just for them.

3. Create special salon services and packages that appeal to guys.

Rutledge’s stag party packages are becoming extremely popular—his staff will stay late, often the night before a wedding, to do straight blade shaves and grooming.

“Services that are add-ons to the normal haircut ticket are also definitely important,” adds Fata. Catering services like eyebrows, massage and nails to men can help increase the services they end up purchasing.”

And don’t forget: men buy products—and lots of them. In North America, the male grooming industry accounts for $12 billion in yearly spending. Find product lines that will appeal to men, educate them, and they’ll be more likely to take it home. “If you actually show a man how to use a product, he’ll probably buy it,” says Collins.