How To Make a Salon Renovation Profitable 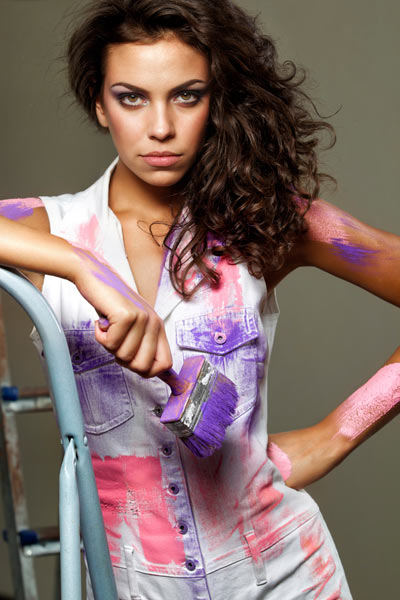 They say change is good, so does that mean renovating your salon or updating your design concept is right for you?

If you’ve been thinking of renovating your salon there are several elements to keep in mind.

Scott Missad, L’Oréal Professionnel business guru and president of The Agility Group, says that while renovations may reignite the passion you had when your salon was new, it doesn’t mean it will automatically result in profitability.

“There is a belief system that if you redo your place, then business will get better on its own. That’s just not the truth,” says Missad. “People have to get better at running their business and renovations are a part of that.” He believes updating the look of your salon should be an ongoing process, with bigger modifications occurring every five to seven years. “There are a lot of things that can be done on a smaller scale in terms of different lighting, shelving or artwork. Any time a salon gets stale, it’s in danger,” says Missad.

No matter what size your renovations may be, Missad stresses staying focussed on your customer. “As an industry, we tend to focus on ourselves a lot more than we focus on the client,” he says. “We end up designing things that the staff might deem important, but not necessarily what the customer deems important.” Before you start planning, pay attention to what your client needs are by understanding your space from a comfort standpoint.

Cleanliness and ease of use are two things Missad says salon owners need to keep top of mind when mapping out their salon layout. Diana Chousa, manager, showroom and design, Takara Belmont, says your space must be functional, stylish and inviting. “Customers should feel at home within the space,” she says.

For Louise Beaulieu, owner of Saje Salon.Spa.Wellness, it was time to do a complete transformation of her space. Saje started off as a salon that ran out of Beaulieu’s garage, but with a rapidly growing business and an expanding staff, it was time to do a full overhaul of the space. “We converted our entire home into a salon and spa because it was getting to the point where we just had no room left,” says Beaulieu.

The key to running a successful transformation of the 3,000 sq.-ft. bungalow was to plan well in advance. While the actual construction took just over five months, preparations were made a year in advance. “We started everything well ahead, from designing the furniture to having it made,” says Beaulieu.

According to Missad, most mistakes are usually made when planning the layout. A common error that he sees is too much space being dedicated to the waiting area. “Salon owners are paying rent 24/7 and there is no way to create revenue in places like waiting areas and lounges that are too big in size,” he says. “The days of grandiose design and a lot of open areas are over. Yes, they can look cool and hip but they are not necessarily setting up the salon to be profitable.”

3. Communication is key with salon staff

Beaulieu’s vision for Saje was to create an atmosphere of escape and serenity. “We wanted there to be feeling of comfort and wellness as much as beauty, so we used elements of nature,” she says.

In hindsight, Beaulieu wouldn’t change anything about the way in which the renovations were done, but staying operational throughout the process was definitely the biggest challenge. To overcome this, she ensured that proper communication was relayed between her staff and the construction workers. “It was about coordinating the schedule because we stayed in operation throughout the whole thing. We really had to lay out the week’s timeline and let everyone know what was going on to avoid interference,” says Beaulieu.

In June, Saje will be celebrating their 10-year anniversary and will throw a party in conjunction with the grand reopening of the salon and spa. Beaulieu says, “We want to do something extra special for the clients who have been loyal to us for the past decade by giving them a VIP membership card. They can have additional savings and enjoy our garden party.”

Missad says an event like Saje’s where an existing client base is invited is one of the best ways to market your newly-renovated salon. After all, when renovations are done well and designed with the customer in mind, the experience becomes better for everyone. “That client will talk about your salon on a different level to friends or family and then you have the power of word-of-mouth,” he says. “When your event becomes a customer celebration, people will feel welcome and that’s always a win.”

This story was originally published in the May/June 2010 issue of Salon Magazine.