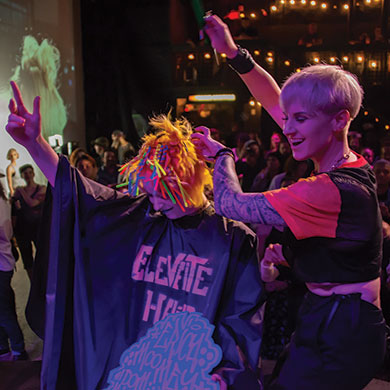 In this six-part series, we explore various disruptors that are changing the game for the industry. 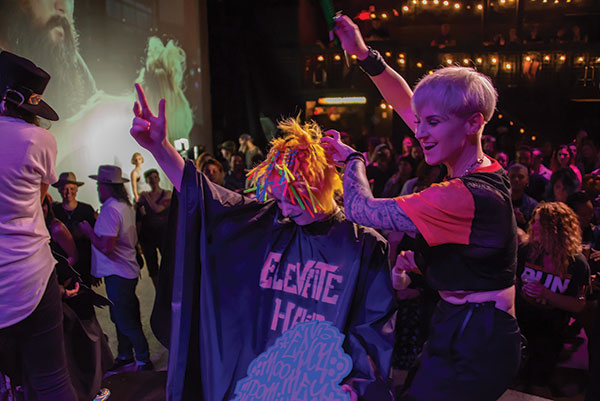 Cue the music and turn on the lights, education is changing, and there are bold and exciting offerings for hairstylists to get schooled.

Traditional education delivered by an instructor for a specific brand is still a major part of this industry. But a different type of education event is beginning to emerge in a whole new way.

The emergence of underground events including Elevate Hair, Noise and Créatif signify a shift in the professional salon industry. Some may see the lack of brand loyalty as dividing the industry, but that’s not necessarily the case. “I think that it’s a different way that becomes more about hair and sharing that doesn’t exclude anyone,” explains Tristan Morrison, a Toronto-based hairstylist and soon-to-be salon owner.

According to Peter Gray who, along with Richard Ashforth, established Noise, it’s about maintaining authenticity as a hairstylist. “This is the antidote to the over-commercialization. We see people who are creating incredible work come together and they get inspiration from here,” he says. Even still, there is a creativity that comes with having the freedom to learn from and work with other hairstylists. “Now it’s about being a craft hairstylist, everyone wants to get better at the hair they are doing, it’s not an exclusive club,” says Morrison. 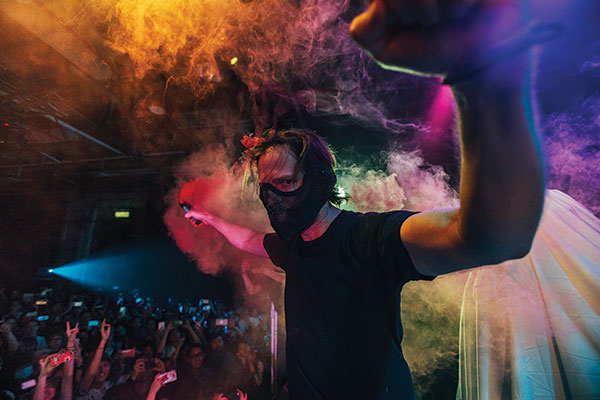 Social media has brought about a great respect among hairstylists of different sensibilities. “It’s doesn’t matter what they follow, at an event like Elevate Hair you have a precision haircutter on stage with someone who is using thinning shears,” says Morrison. The idea is about breaking the barriers of traditional education methods, one that shifts the idea of subscribing to particular techniques in favour of a blended way of doing things.

“At first I was bringing in big people for the end of the show, then I started to include local people, and I knew I needed to open it up to everyone, no matter if they had been working for two years or 20,” says Tatum Neill, a hairstylist and founder of Elevate Hair.

For example, a follower of Sassoon’s hairstyling techniques could appreciate the undone nature of Toni & Guy which in turn makes everyone better hairstylists.

“When I first heard about Elevate Hair, I knew this was something I wanted to be a part of,” says Morrison. “You are free to be hairstylists, there is a great DJ, and the freedom to participate, even if you’ve never been on stage.” This accessible community approach is what many hairstylists are looking to be a part of, no matter what level they are in their careers.

What is it: Most often held in an industrial warehouse setting, local hairstylists bring a model on stage and showcase their individual specialty all while a local DJ provides the soundtrack for the night. It’s a simple formula that founder Tatum Neill has taken to various cities throughout the United States, Europe and Asia, and one that will hit Canadian cities in the fall of this year.

How Did it Start: Neill initially conceived Elevate Hair as a way of bridging the gap between salons in his area. “I wanted to have some creative education experience that was local and I wanted to reach out to other salons that mine wasn’t connected to.” Having known local salon owners on more of a superficial level, Neill’s concept of building connections was a way that he saw could help everyone grow together—past the business of boundaries.

Elevate Masters: Full Day We rented out a premiere venue in New Orleans, with six DJs and artists from around the world. Instead of a typical hair show where folks have 20 to 30 minutes on stage, and runway and technical work is very superficial, they barber, style and colour. The idea is that they’ll get into a flow working at the highest level, and that will be new and cool. 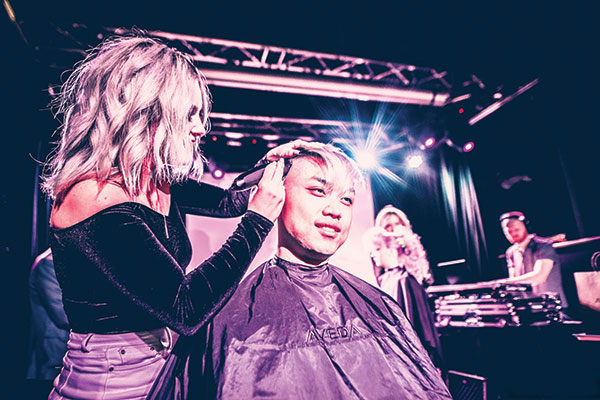 What is it: A night of celebrating the creative expression of hairstylists, often in an urban industrial location in cities including Paris, London, and Tokyo.

How it Works: This creative event is more of a concert, where teams of five to seven hairstylists work on models in 15-minute segments with no discussion. The following day, hairstylists have the opportunity to return for a day of sessions about the on-stage work from the night before.

What is it: Established by Ray Civello, this event brings international hairstylists together for a night that features 20-minute onstage presentations showcasing various creative talents in cities across Canada.

Who You’ll See: Along with Civello, past artists have included award-winning hairstylists such as Charlie Price, Lupe Voss and DJ Muldoon.

How it Works: Hairstylists may submit their photographic work thoughout the year for a chance to be featured on Créatif’s social media and have the opportunity to be selected for one of the live presentations happening throughout the year.

The inclusive nature underground events means everyone and anyone is welcome to participate. At Noise, Gray says “We are doing things in a rough and ready way, which is the way to get the authenticity, and that’s what really matters. Whether you’re on stage or in the audience, hairstylists are learning something different. “When I’m on stage with someone like Peter Gray, I’m seeing and learning what he’s doing and then putting that into my repertoire in some way,” says Morrison. While there is a range of education