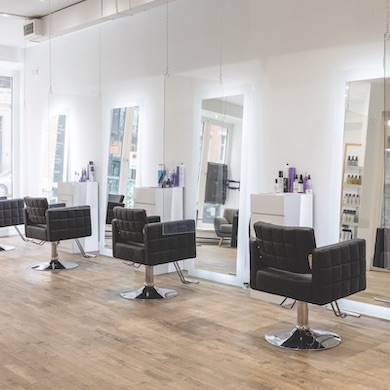 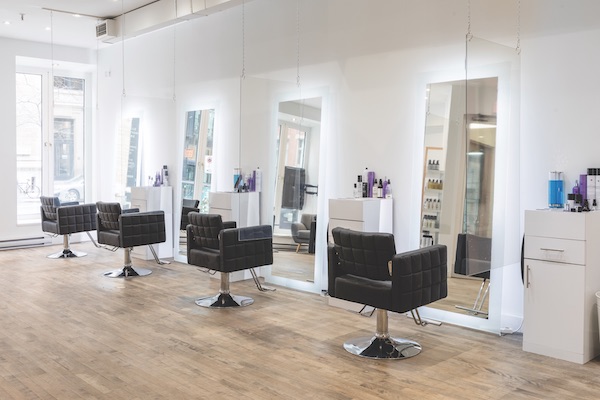 Located in historic Old Montreal, La Maison De La Couleur Oligo is housed in a building built in 1846 that was once home to three storehouses. After several years of sitting abandoned, it was eventually renovated in 1997 and has since hosted numerous tenants, including a few salons. Most recently—in March 2020—it’s become the spacious and stunning flagship salon for Oligo Professionnel, the Montreal-based colour brand.

“You can definitely tell that this space has history,” says Ilan Cohen, salon owner and president of Oligo Professionnel. “We wanted to keep the Old Montreal vibe inside and out, but we did add a few modern touches. The contrast between the wood floors and modern accents is an attractive combo.” 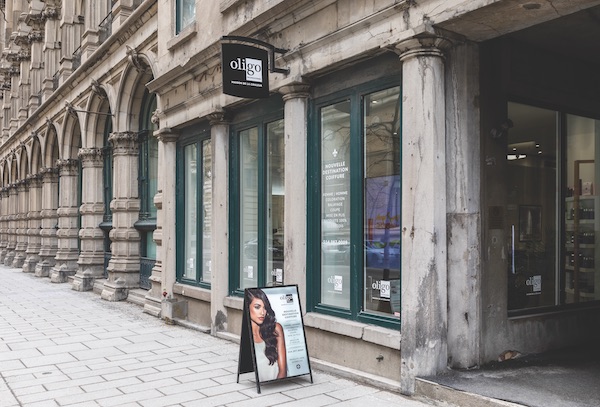 While taking over the space after a salon made the transition and renovations that much easier—it had been designed with the proper wiring, plumbing and styling stations in mind— Cohen says the space and location was always Oligo’s first choice. “Old Montreal has so much history and we absolutely love those signature, narrow cobblestone streets that are full of lively plazas and charming shops and cafes,” he says. “Our salon is located on a busy street with an amazing stone wall, so this location was definitely perfect for us.”

While the “bones” of the space were kept intact, Cohen says they still wanted to make their own small adjustments. “We wanted to keep the space very open, so we eliminated the walls the previous tenants had put up,” he says. “This way, you can see the entire salon when you first walk in. We also moved the stations from the middle of the salon to the front next to the windows. The stylists love the natural lighting, and we attract a lot of new clientele this way!” 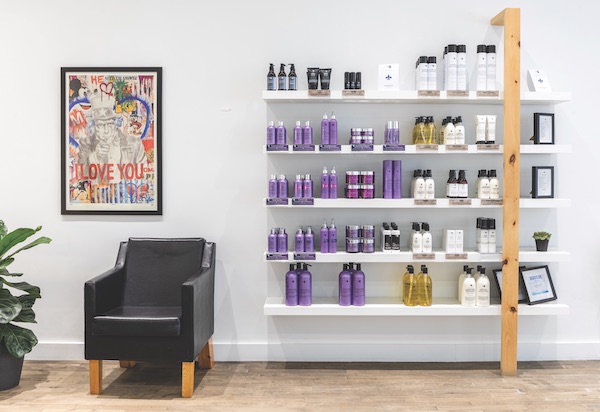 When it comes to the design, Cohen says La Maison De La Couleur Oligo is a salon with a clean look and the ideal combination of old and new. “We chose a neutral palette, and our objective was to make the place feel cozy while keeping it simple and clean,” he says. “The large open space and our natural lighting truly sets our salon apart. The contrast between history and modern design is also prominent and gives an all-over trendy vibe to the space.”

While Oligo is known for its wide range of colour lines and products, the company’s statement colour is a classic. “We kept the furniture very simple and used black, which is the Oligo signature shade,” says Cohen. “The dark furniture pops out very nicely against the white walls without being too overpowering.”

Although most of the furniture is black, they sourced local art from Montreal- based mix media pop artist Lindsay Sacks to help brighten the area. “Her art is very colourful, so it adds a nice pop to our waiting area,” says Cohen. “We also give main real estate to our retail sections, where we sell Oligo Professionnel products exclusively. The products themselves act as décor and with the art on the walls and the plants being the only other colours in the salon, they stand out quite nicely.” 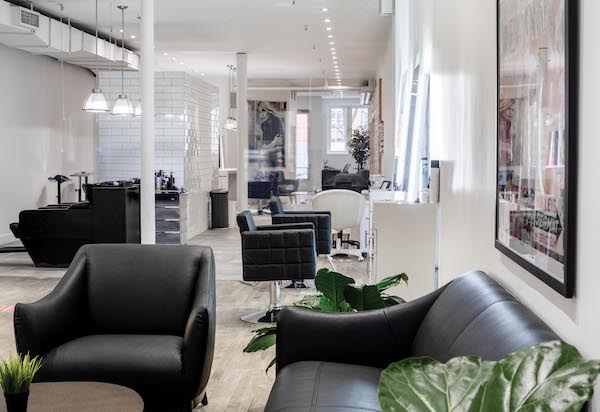 In addition to offering cut and colour services, La Maison De La Couleur is also home to the Oligo Professionnel Academy—a place designed to elevate and inspire the brand’s guest stylists from around the world.

Although the COVID-19 pandemic has paused live, in-person education, Cohen says he looks forward to hosting artists again soon. “We’re patiently waiting for the day we can welcome stylists again in Montreal, but in the meantime, we’re working on an educational program that will be exclusive to our academy,” he says. “All of our new products are currently being tested at our salon and our stylists get to try everything firsthand!”