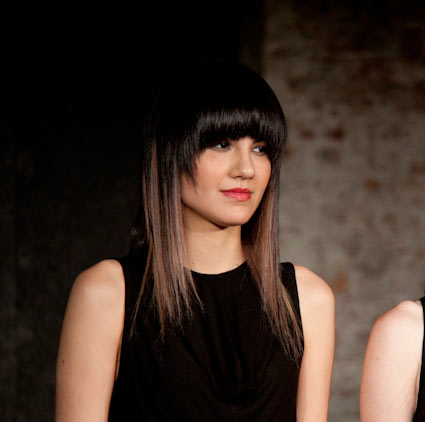 The ombre technique is the latest “it” hair-colouring technique and it’s caught on like wildfire around the world. Colourists everywhere are using the technique, mimicking what nature does naturally to hair with a graduation of colour from dark to light or vice versa. But now that it seems that every client with long hair is rocking this look, is ombre out? Some of the industry’s leading professionals say, “Not a chance.”

“We featured the ombre look for the first time back in January, yet it’s only in the last few months that it has caught fire in New York,” says celebrity stylist and salon owner Nick Arrojo. “And it will still be igniting for many people come spring 2012.”

Many stylists agree that the technique is not new. Colourists have always experimented with colour graduation; it only seems new now that it has caught on commercially. JLo, Beyonce and Selena Gomez are only some of the celebs caught sporting the style.

“What I love about ombre is that in the economic times that we’re having, this technique allows clients to have something new and fun, and they can get it done when they want to, not when they have to,” says Patrick McIvor, Matrix artist and owner of Patrick McIvor Studio. “It’s what nature naturally does, where it doesn’t naturally do it.”

Davines artist and two-time British Hairdresser of the Year winner, Angelo Seminara, says, “I personally love hair that goes from dark to light. We have our own technique that we’re offering courses on and we’re selling it to the max. It’s a technique that doesn’t look like artificial colour, and that’s what I think is really beautiful about it.”

As seasons change and trends morph, ombre may take on a new life with new tweaks. In October, at the ARROJO Expo in Atlanta, Arrojo displayed techniques for transitioning to a softer ombre.

“These softer looks still have the ombre feel, while providing a path back to single tone colours, and high and low lights,” says Arrojo.

McIvor says it can be adapted seasonally, from blonde to brown to red or gold. “The difference is that what we’ve seen in the past with highlights—going from blonde in the summer to brown in the winter—allows you to play with the transition.” We’ll also see bolder colours and punk rock shades using this technique.

For 2012, Arrojo predicts there’s a texture revolution that’s about to begin. “Movement and swoosh will be the style du jour, as textured hair works much better with softer, muted tones.”

Let us know in the comments if you think this trend will run its course by 2012!