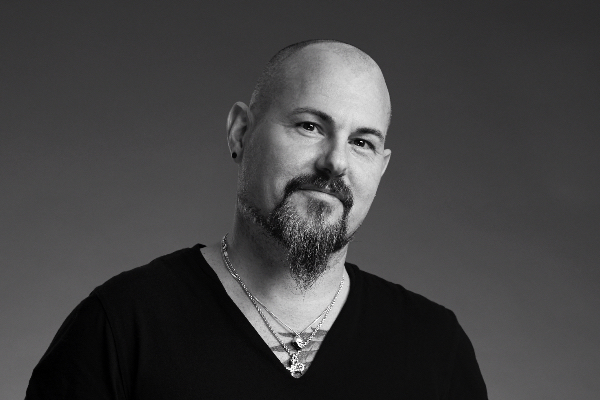 When he was 20 years old, Jason Fournier was at a career crossroads—unsure whether to pursue hairstyling or become a tattoo artist. Though he admittedly didn’t have an undeniable knack for either, he knew he wanted to do something creative. He eventually opted to enrol in Marvel Beauty School. Not only was it a place where he fuelled his passion for hairstyling, but it’s also where he met his wife and business partner, Jodi. Nearly 30 years have passed since he made that decision, and he hasn’t looked back.

Though the Calgary-based stylist is also now the owner of his own salon, J.Fournier Hair Design, he still makes it a goal to keep pushing himself creatively. For example, in his Contessa collection for Alberta Hairstylist, which showcased his talents in braiding and texture. “As an artist, I’ve always tried to get away from the norm and do things differently,” he says. “This look is the evolution of what I’ve been seeing in the last little while in braiding and more intricate styling.”

“As an artist, I’ve always been pushed to get away from the norm and try to do things a little bit differently.”

When thinking of ideas for a creative photo shoot, Fournier says he starts with a centrepiece and lets his imagination run from there. In this case, he wanted to highlight the braid and started thinking of the details as he began to work with the hair.

“Everything evolves as you start getting your hands moving, but it’s important to have a strong direction and starting point that you can play off of,” he says. “We started with the blonde profile shot. From there, I knew I wanted to use twists or braids as my common element to unify the looks.”

In order to keep the looks softer and more delicate, Fournier utilized multiple heat styling techniques to create a mix of textures.

“I’m a big texture guy,” he says. “I always like to blend textures but not go too crazy with it; just a couple of different styles blended into one.”

When deciding on the mood of the shoot, Fournier says two words came to mind: High fashion.

“I wanted my final product to look like it belonged on the pages of Italian Vogue,” he says. “Because I’m a Sebastian artist, we’re known for our dark side, so I’m definitely attracted to that and wanted to incorporate a mysterious and moodier vibe to my photos, which is why I went for black and white.”

Teamwork can make or break a collection and Fournier says he’s thankful he had such a strong team in his corner, helping him all the way through. Even though he was working with a new photographer and amateur models, the collaborative effort came together beautifully, and he was very happy with the final product.

Looking forward, Fournier is currently collaborating on a global project, but plans on continuing to grow their salon team while also starting to work on their upcoming Contessa collection.