Real talk about the ups and downs of working in a male-dominated industry. 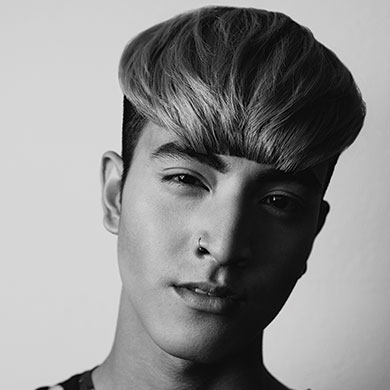 While men’s grooming is still a traditionally male occupied industry, more and more women are breaking new ground. “Barbershops are always going to be more of a guy’s space, but I had a boss who was very pro women in the shop,” says Percovic, a Vancouver-based barber and men’s hairstylist, who has trained in barbershops in Canada and the United Kingdom.

“I do like how it is changing. Men used to either like or don’t like having their haircut by women, but now it seems like they are more open.” From the stylistic challenges of creating clean lines and detailed definition to building connections they have made with their male clientele, we spoke with women making a mark in the men’s grooming world to find out what it’s really like to be part of a predominantly male industry, in 2019.

Your Vibe Attracts Your Tribe

Having been a men’s hairstylist for the past eight or nine years, Maki Mak, of Zink Hair Salon in Vancouver has found that trust is everything. “My male clients reflect a similar personality as I do,” she says. “They are maybe a bit quiet and I think we all have a love for travelling.” She says as with building relationships with female clients with men there needs to be a focus on finding common ground. “When we chat, I do try to remember the details of their personal lives and I try to make it more like catching up with an old friend,” says Mak. She also believes her quirky personality as being a part of the draw for her clients, “ I’ve been told I have that big kid personality, they feel like they are talking to a buddy.”

A Matter of Trust

Percovic says that working with men requires a whole lot of trust in yourself and your skills, as well as from your clients. “I always say, ‘Trust in the Cut’,” she says. “When they come in for the first time I’m often asked: “How would you change me?” I always try to make a change that they’ll like.”

“Among colleagues, I have an interest in men’s style and I don’t know if a lot of our staff members have that same excitement,” says Contessa 2019 Men’s Hairstylist of the Year, Christine Kelly, of Cutting Room Creative in Nanaimo, B.C. “For my clients, especially men, they see my Contessa Award like a hockey award and I think it has brought more clients. I definitely feel the pressure to outdo myself, more and more.”

As the old adage goes you’re never too old to learn. No matter where you are, you can find education classes (online or otherwise) to improve your skills. For anyone who wants to work as a barber, you also need to understand it’s more than clipper work. “A good one will use both hairstyling and barbering skills,” says Percovic. “Some guys will want it longer on top, but the sides cut with clipper work.

I feel that there are a lot of barbers who don’t have both tools, so if you do that can be an advantage.” For Mak practice is key. “Master the scissor-over-comb technique be persistent and never give up,” she says.

“When I was in hairdressing school learning technical cuts for women, I also started doing men’s cuts,” Kelly says. “Something told me not to fall back on my clipper guards so I started with no guards and built my skills this way. 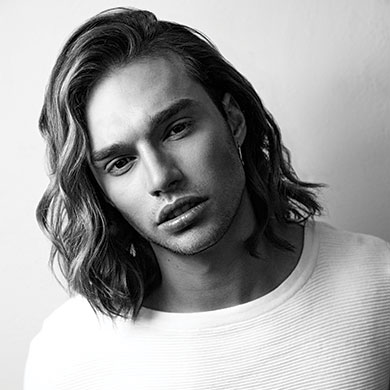 When it comes to building a reputation as a woman in a man’s world, Mak says hers was built by honing her traditional hairstyling skills and barbering techniques. Working in a salon environment, having the ability to do more detailed clipper work along with an appreciation for precision cutting, has enabled her to straddle both world. “I have specialized in scissor- over-comb, but I always use a trimmer around the hairline and think there’s an appreciation for this art,” she says. “Being the only girl in a barbershop, some barbers will think you get more clients because of your gender, but I have confidence in what I do and I know my skill set,” says Percovic.

It’s true: Men are better at getting to their stylist or barber, than women and both Mak and Perovic agree that’s a good thing. “Being a men’s hairstylist is a good and reliable source of income,” says Mak. “And quite often I find that men are very relaxed and much more chill, which gives you more freedom to enjoy your appointment time too.”

“Male clientele are more forgiving and open to trying new things. A lot of people feel the looks you can offer them are the same, but you can do so much,” says Kelly. “I think my guys rely on me knowing that I have something cool or outside the box to suggest.”

Be Open to the Experience

Both Mak and Percovic believe that having flexibility to work with a male clientele is a good idea. “Keep an open mind,” says Perovic, “When you are looking at a shorter haircut, they need to look at details, they need to push through. I don’t think being a woman should stop you,” she says. Having trained in a barbershop, Percovic admits that being a woman in that environment means you do need to get used to the banter. “You need to get used to the barbershop talk. It’s more laid back and customer service isn’t compromised by it,” she says.