At the 31st International Visionary Awards, a part of the Alternative Hair Show, Canadian stylist Kirsten McIntosh showcased her work on stage at Royal Albert Hall as one of 25 finalists in the competition. Here’s a photo diary of her exciting journey.

I found my inspiration for this look from previous photo-shoots I have been working on, this look was a combination of a hair color photo-shoot I had recently done with 3 models for the Contessa Awards. I took all looks and transformed them into one. Leading up to the Visionary Awards, there was tons of excitement—from hand picking my model to buying fun eyelashes to makeup to designing the final look. I had great support from my designers, Pascal and Jeremie; they really helped the final look come together. 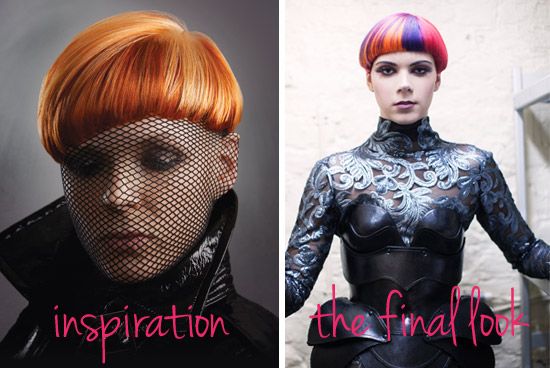 Day 1: Getting to the UK

Landing in London England with my model was defiantly a whirlwind. It was three very fast days of go! go! go!—but first, we had to shop, take a double-decker bus tour, see Piccadilly Circus, Chinatown, Carnaby Street and the amazing department store Selfridges.

The next day was really busy as I headed over to Salon International to see what the show floor had to offer, and learn about some really interesting tools we Canadians haven’t even seen yet.

In the hotel room bathroom I started my model’s hair. It was a tight squeeze. Leading up to my model’s hair colour, I applied numerous treatments and prelightened her natural level 3 hair. I wanted it to feel like virgin hair before I applied any colour. Working till the wee hours of the morning, her magnificent colour and cut was finalized and ready to be styled the next day for the show.

Show day was the most exciting! I jumped out of bed ready to go Getting to Royal Albert Hall was a bit of a blur. Vivian, my model, was busy right from the get go into choreography with the other 25 contestants to learn the stage and her position. After that, it was time to start prepping her hair for the finishing touches. Vivian’s make-up was first to be done. I was going for something very classy with a little bit of an edge to it. I wanted the hair color—which is my passion—to really speak on stage in front of the 5,000 attendees.

Finalizing the hair backstage was something I will never forget. I was working beside some really amazing stylists from all over the world (like Scotland, Germany, Italy, Switzerland, and London). It was quite an honour. The feeling when I walked onto the Royal Albert Hall stage was like no other feeling, it was one of my proudest moments (next to being a finalist in the Miss Teen Niagara Pageant—ha ha). 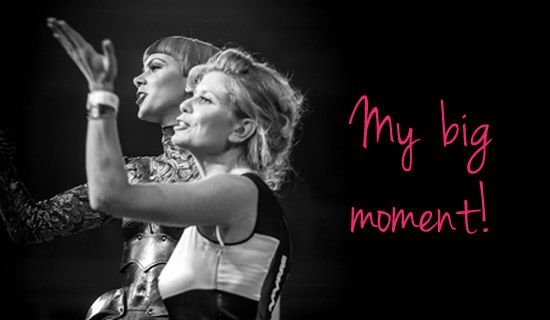 The most memorable moment of all in this journey was when founder Tony Rizzo and his team brought out a 5 year old that had fought and survived leukemia. His mother was telling the audience what the Alternative Hair Charitable Foundation Fighting Leukaemia organization had done for their lives, and this really touched my soul. I knew had done the right thing by contributing to a cause by using my passion for hair. I would encourage all stylists to take on the challenge, not just for themselves, but for kids fighting leukemia every day.

If the Visionary Awards is something you would like to enter, choose an amazing mode that is tall, beautiful and has a killer walk. They do judge the total look. 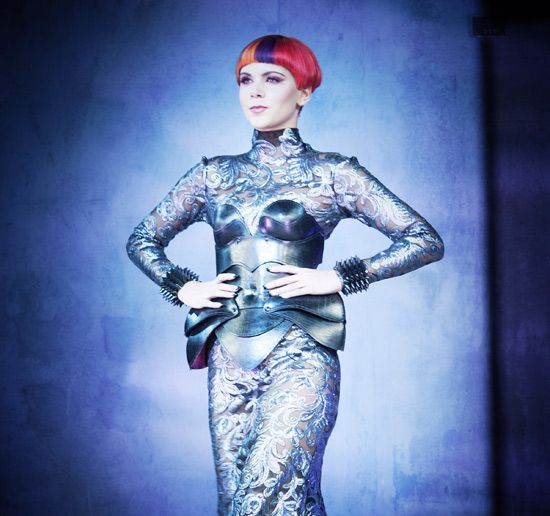