Expensive-looking hair colour can mean a lot of different things to different people, but if you ask most hairstylists and colourists, the focus will be on hair that looks healthy and shiny. As another colour trend that’s emerged from the pandemic, Expensive Brunette has been making waves, especially with celebrities such as Hailey Bieber, Sofia Richie and Ciara. 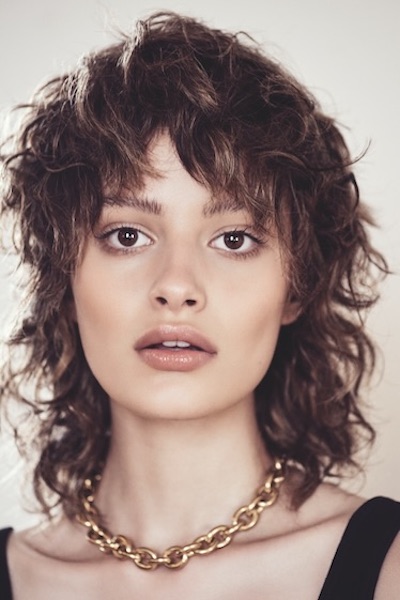 “During the pandemic, people weren’t able to see their stylists as often, so it was about learning to make different choices that required less maintenance,” says Lindie Blackwell, a master colourist and Goldwell educator based in Barrie, Ont. “Expensive Brunette is about transitioning to something that doesn’t require as much maintenance, but by the same token, still looks really beautiful and, of course, expensive and healthy.”

“With Expensive Brunette, you don’t want everything to be one shade,” says Blackwell. “There are ways to create subtle enhancements within the colour. If you look at a child’s hair, for example, they have the most beautiful colour because they have multi-reflections of different colours naturally, and those are the things that, as colourists, we should be trying to recreate.”

Although Expensive Brunette started with more blondes looking to go back to their darker, natural colour, darker-haired clients can also get in on this trend by exploring ways to add lightness to their colour without going blonde. “It’s about introducing a more brunette look for darker hair levels—like a one to five—who steer away from bleach work because they don’t want to be blonde,” says Amber Joy, a Winnipeg- based salon owner, colourist and a member of Schwarzkopf Professional’s #SKPCANSquad. “There’s so much we can do nowadays to create an Expensive Brunette look by utilizing things like base-breaking, more tone-on-tone balayage and wet balayage to break through dark barriers at the base, creating that nice, sun-kissed feel.” Joy says base-breaking is an underrated way of adding more dimension to brunette colour, but can also do wonders to help add some lightness to darker levels.

“It’s something that looks a little more luxurious because it does completely transform the hair,” she says. “For someone who has a level two black base and gets some level six or seven sandy caramel highlights, the contrast between that can look a little bit tacky. But with the base break, it allows us to soften the transition between the two tones and it really does make the colour look a little more special.” “Not everyone wants bleach work,” Joy adds. “If you have a dark-haired client who wants to see some change but isn’t ready to go full throttle, base- breaking is an amazing way to give them a really big change in one day without them feeling like they’re going to damage their hair.”

PRO TIP : FOR CLIENTS WHO MAY BE HESITANT ABOUT WARMER TONES, CONSIDER A BASE-SHIFT (A SUBTLE APPROACH COMPARED TO A TRADITIONAL BASE-BREAK OR FOILAYAGE), WHICH ALLOWS YOU TO SOFTLY INTRODUCE A CHANGE TO THEIR COLOUR WHILE KEEPING A MORE NEUTRAL TONE.

As is the case with any colour change, a consultation is vital for ensuring that you’re getting the client to the correct level they’ll be comfortable with.

“It’s always important to know what the client’s plan is for the future,” says Blackwell. “For example, if you’re dealing with somebody who’s been blonde for the majority of their life, the likelihood of them wanting to go back at some point is going to be pretty high. When I find something like that out, I’m not going to darken them down to level five. Instead, I might darken them down to a level seven and use a demi-permanent colour that gives me more freedom to switch them back to something lighter later, as opposed to going with a permanent colour that’s more difficult to remove. There’s nothing worse than making somebody’s hair really dark and then they want to go back to blonde at their next appointment. That’s every hairdresser’s nightmare!” 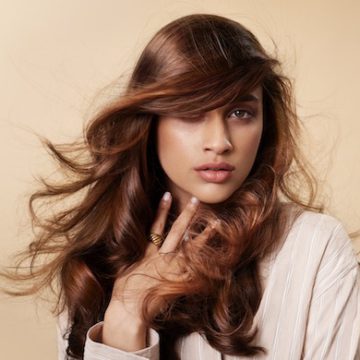 Once you’ve determined their commitment level, it’s important to choose the right shade family based on the client’s skin tone.

“Realistically, any trend can work for anyone. The key is making sure that you stay within the tonal family that enhances the person’s skin tone,” says Blackwell. “For example, if your client has olive skin, you don’t want anything that’s green-based because that brings out the green in their skin. So make sure that you’re using complementary shades to the person’s individual skin tone.”

“I think there’s a placement or process that anyone can pull off—it’s just about determining how warm or neutral to go with it,” adds Joy. “I do think that there are so many options available that it can be for anyone. I’m really loving that there’s a shift back to more tone-on-tone, sun-kissed looks because I really do feel it enhances people’s natural looks best.”

PRO TIP: TO KEEP COLOUR DIMENSIONAL, DON’T GO MORE THAN TWO SHADES LIGHTER OR DARKER THAN YOUR CLIENT’S BASE COLOUR.

When building business in the salon, Blackwell says it’s important to not forget about maintenance for brunette clients.

“I think people forget that a lot because we’re constantly toning our blondes and asking them to come in partway through their appointments, but the same goes for brunettes and redheads,” she says. “It will be less shockingly visual maintenance, but if you don’t maintain those colours, they don’t have the same visual appeal, either. In order to keep the integrity of the hair and make sure it’s looking good—and, in turn, expensive—make sure you’re giving your clients the right information to keep their hair looking great by glossing the hair and coming in to add in a few enhancement pieces to change things up a bit.”

“If you have a client getting the full shebang with foilayage and base break, they will need to come back for retouches,” adds Joy. “Base-breaking does need to be retouched as the hair grows out—every three or four months—or a retouch every second visit for highlights. But I feel like anyone who’s tried this Expensive Brunette look gets addicted and loves it, so they will continue to come back for retouches. I also love that warm tones have made a comeback and think it’s really exciting that we’re going in this direction. It’s something fresh and new for stylists to get excited about—whether it’s to learn it or try it, it’s a really good trend for our industry.”

“SOME OF THE MOST DIFFICULT COLOURS TO ACHIEVE ARE THE ONES THAT ARE SUBTLE, AND IN TURN, THOSE ARE THE ONES THAT END UP LOOKING MORE COUTURE AND EXPENSIVE. THEY’RE MORE VISUALLY APPEALING BECAUSE THEY’RE SHINY AND HEALTHY.” — LINDIE BLACKWELL, MASTER COLOURIST AND GOLDWELL EDUCATOR, BARRIE, ONT.