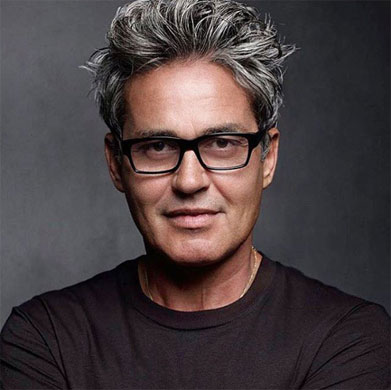 Renowned editorial and celebrity hairstylist Oribe Canales passed away on December 17, 2018 at the age of 62.

The Cuban-born hairstylist was beloved by his colleagues and a long list of celebrity clientele, including Cher, Lady Gaga and Rihanna. His work has been featured on the covers of numerous fashion and beauty magazines around the world, such as Vogue and Vanity Fair.

Oribe moved to New York in the mid-’70s and worked with editorial hairstylist Garren at his salon at The Plaza Hotel.

Oribe opened his first salon on the Upper West Side in late ’80s and another on Fifth Avenue in 1991. He quickly became a leader at Fashion Week, where he styled the hair of iconic supermodels Linda Evangelista, Christy Turlington, Cindy Crawford and Naomi Campbell for big-name designers such as Chanel and Versace.

In 1995, he opened his Miami salon, where he spent most of his time before Jennifer Lopez hired Oribe to style her hair for her first album cover in 1997. Since then, the two had worked together for more than 10 years.

He is also the inspiration behind the luxury professional beauty brand Oribe Hair Care, which was launched in 2008.

We at Salon had the honour of having Oribe attend and present at the 2011 Contessa Awards. “Oribe was a lovely, charismatic man. His work spoke for itself and he was adored by so many in the hairstyling community,” says Laura Dunphy, publisher of Salon. “It has been fascinating to watch his career grow and evolve, while he continued to stay relevant and connected to the hairstyling industry. He will be greatly missed.”

Click here to read our Q&A interview with Oribe.