Lessons Learned From Shooting Your Own Contessa Collection 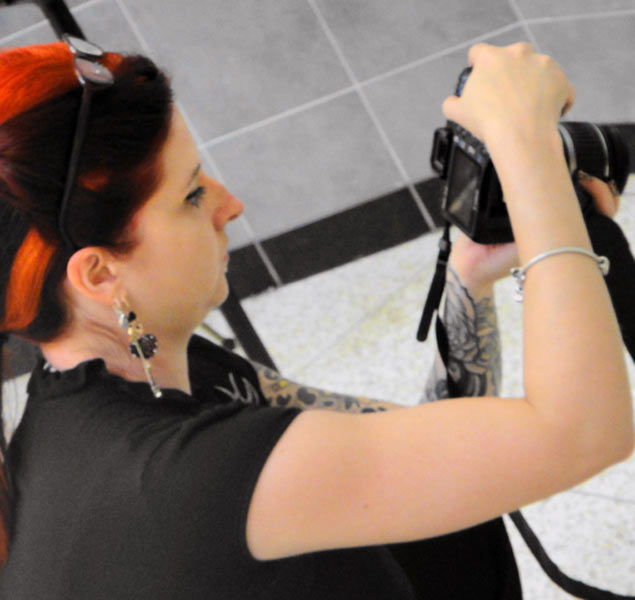 Courtney Regier and Erin Simmons, from Revolutions Hair Salon in Winnipeg, decided to team up for their very first Contessa collection with Courtney styling and Erin shooting. Here are three lessons they learned from their first time around.

Don’t be afraid to ask for help from fellow hairdressers who have more experience with photo shoots.

Courtney: I figured that this would take me out of my comfort zone. I do stage work for Scruples Hair Care and this was completely different. I asked some of my fellow Scruples educators for advice on setting up the photo shoot, since they had so much session work experience. Feedback was important to me and we work in a supportive salon where we can bounce ideas off of all our co-workers at Revolutions Hair Salon.

Erin: The Scruples team was really helpful in terms of knowing how to make things pop on camera. Much like makeup for film, color for hair modeling is approached differently than it is for everyday wear.

2. Bring more than you need to your shoot.

While the two prepared for months and came up with a list of what they would need, it’s always a good idea to have extra resources on set and just go with the flow when something isn’t working.

Courtney: I used all of my wardrobe fabric. One model was only half covered! But she was a good sport.

Erin: I had made custom pins for the models and we completely forgot about them, and my tripod was pretty much dismissed immediately. Handheld shooting worked a hundred times better.

3. Roll with the punches on set.

Things don’t always go according to plan. Be able to adapt and keep a positive attitude on set.

Courtney: My original set design failed miserably. So we had to improvise. We really had to scramble!  It worked out in the end though. I will definitely book a studio next time! But it was really handy having the shoot right outside our salon. I prepped the models and sent them into the mall to get their photos done.

Erin: Yes, the set debacle was really unfortunate. But we lucked out. The manager of Kildonan Place Shopping Center was really supportive of what we were trying to do, and gave us permission to just shoot in the mall, even with customers milling around us. We ended up using the outside wall of our salon as a backdrop, and it worked out really well.

Inspired by Courtney and Erin to enter? Don’t forget, the Contessa 2012 deadline entry is August 8th!