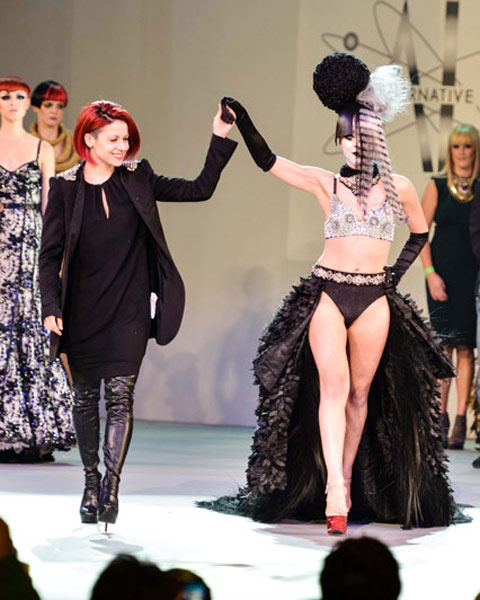 The International Visionary Awards, part of the Alternative Hair Show in London this past October, featured 22 up-and-coming industry stylists, including Canadian Lina Shamoun, a finalist in the competition.

We asked Lina to tell us about her experience at the show. Here’s her diary of the journey from entering the competition to walking her creation down the stage.

Part 1: Getting to London

The inspiration was “Legends” for this show. McQueen was my chosen legend. He was the epitome of creativity and avant garde. What inspired me were a few elements from his work: crystals on shoes, hair like clothing textures and beautiful reflections found on the jewellery on the models. The hair is inspired by large shapes and movement from McQueen’s creations. 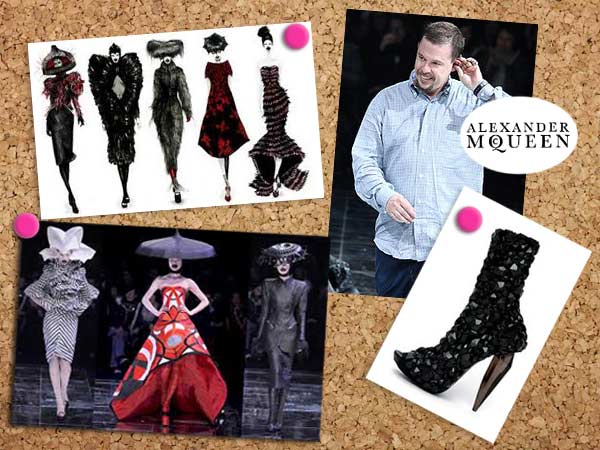 The process of entering is simply submitting an avant garde image within 12 months of the submission date. When I submitted the image I didn’t think that much of it. As usual I was working away, and I checked my email one day, only to realize I was a finalist. I was so happy and started jumping around like a little kid!

My model and I left on the 12th, landed on the 13th, and enjoyed a day of sightseeing around beautiful London. (You must have a strong model who is beautiful, strong-featured, tall, elegant and be able to capture the audience with her presence when she walks.)

Sunday all day, we were at the Alternative Hair Show having a brilliant time. I attended the show in 2009 as a guest, and that year, artists like Robert Lobetta, Tim Hartley and Angelo Seminara were present, and I was so inspired by the show that, right at that moment, I said to myself that I was going to be on that stage one day. And there I was on October 14th, 2012 representing Canada. 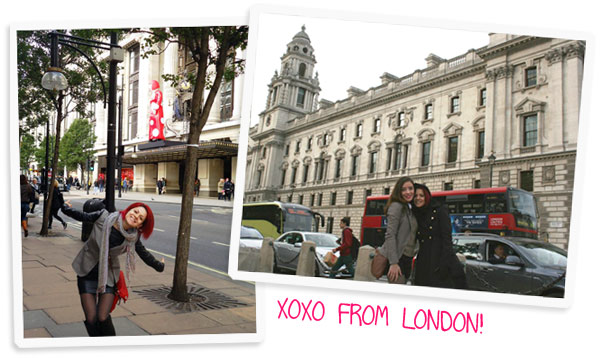 Part 3: On Stage at the International Visionary Awards

Our day started at 9am. When my model and I arrived at Royal Albert Hall, she was immediately sent to choreography. After that, I had about four hours to complete my look. Once the models were finished, two different types of judging happened: one where the models were judged up close for about 20 minutes, and a second one where the models did a stage walk privately for the judges. After this, the show started and all the competitors walked our models out on the stage before the winners were announced. 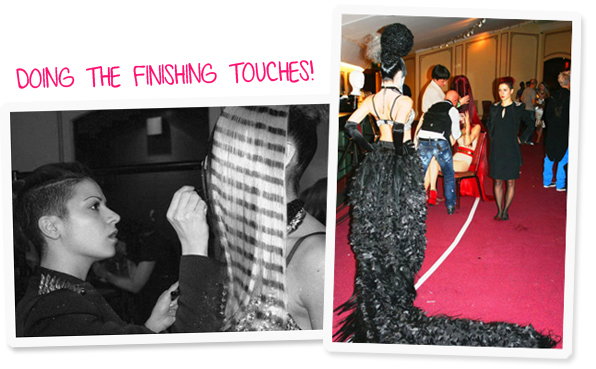 It was such a pleasure to be representing my country on a world stage. That is my passion and the love of my life!

One of the things I realized is that no matter where in the world anyone is from, the one thing that connects us is our craft. As I was listening to all of the languages that were being spoken around me, I was so honoured to be there.

It’s moments like this one that make this career worth everything. Hairdressing isn’t a career. It’s a lifestyle! 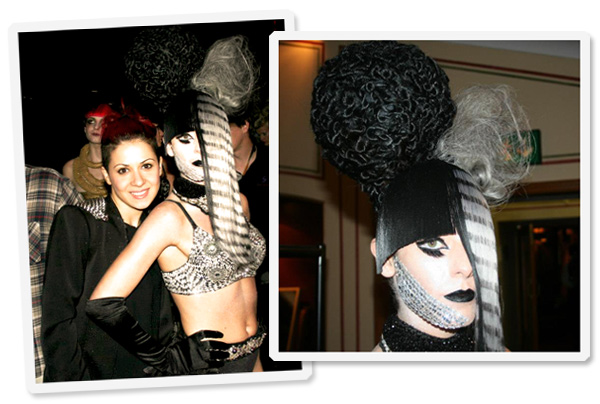 Research the show and have a clear idea of what it’s about. Look at the previous work that has won.

Create a unique expression based on the theme of that year’s show. This is one of the most ‘out of the box’ shows in the world.

Arrive at least two days prior to the competition day so you can settle in, get used to the time change and relax before the big day.

Enjoy and have a great time while you’re there!