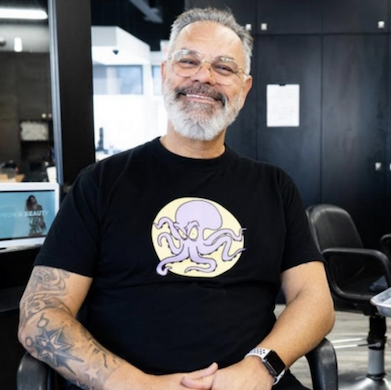 Made in Canada – Q&A with Louie Fierro, Owner and Creator of Boss Caddi 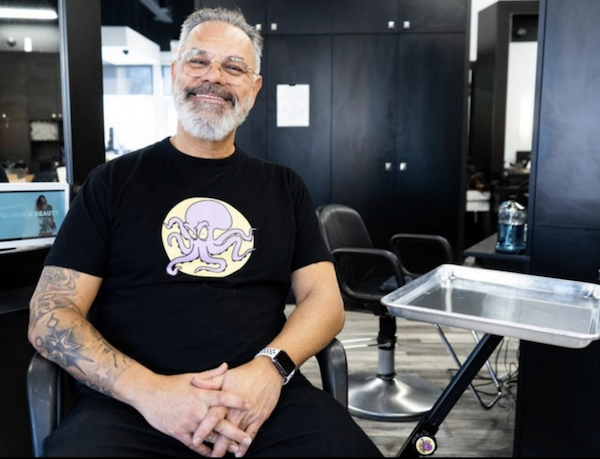 As part of our ongoing series to celebrate Canadian talent in the industry, we chatted with Louie Fierro, the owner and creator of Boss Caddi, to discuss how he came up with this business idea on an airplane, why he’s proud to run a Canadian company and what he wants his next project to be.

Can you tell me a bit about Boss Caddi?

It’s pretty simple to understand when you see it. It’s an assisting tray without the wheels that attaches to the salon chair. We created it out of an idea and put it on social media a few years ago to see if anybody liked it and it kind of blew up. It turned into a full-blown business. 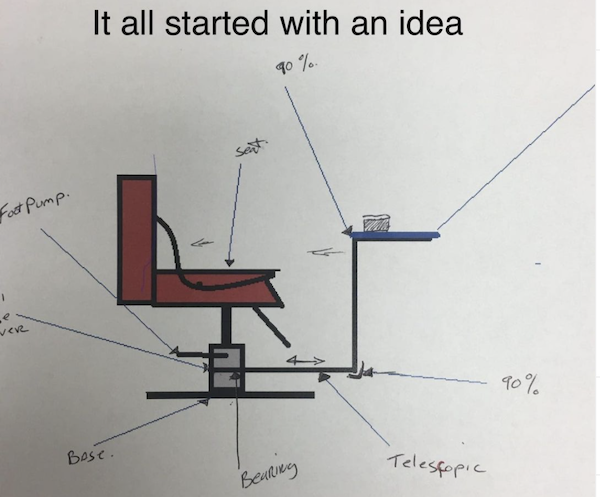 Neither myself of my partner had any time to do it. The obvious thing was to take it to China, and have it made there because it’s not our primary business or source of income, but we didn’t care – we didn’t want to go to China. We rather it be made in Canada. It costs us a little bit more, but we think a lot of people are OK to spend $5 more to have it made in Canada instead.

Has this always been a dream of yours? What inspired this project?

This was a total fluke that came from me being drunk on an airplane. It had nothing to do with lifelong ambition. I was sitting in the front of an airplane and realized that the tray/TV attached right to the chair. I thought, “why can’t we build a tray attached to the salon chair?”

The inspiration truly came from being on that plane in first class and noticing what they did to maximize space – building these items into the seat. I realized that we should have some of our important items attached to our salon chairs – taking up less square footage – just like an airplane seat.

Trays have become disposable – trays on wheels are disposable because wheels only last a couple of months in a salon as they get clogged up with hair. When they’re not being used, they take up two square feet of your space and that’s a lot of space, especially in a small salon. The Boss Caddi doesn’t take away any square footage and it’s way more modern and cooler looking.

How did you come up with the name and logo?

My daughter is a graphic artist – she did the logo of the octopus. It’s a caddi – it hands things to you like a golf caddi. 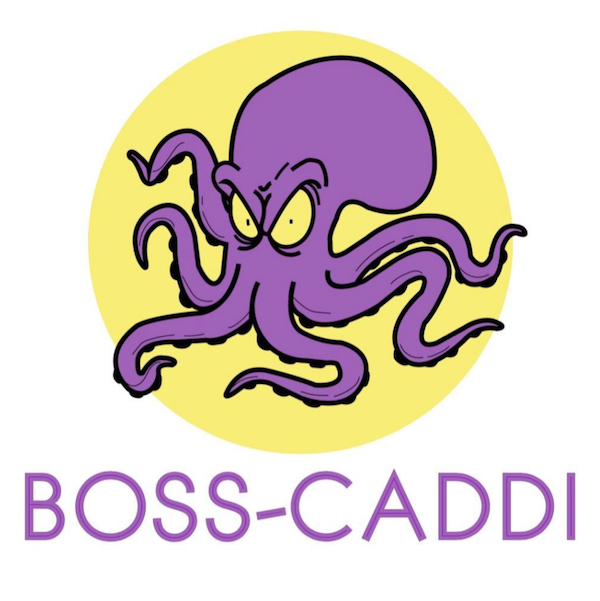 What has the response been like from the salon community?

Zero negativity. When I brought the design to the guy who builds it, the guy asked what it was. I told him it’s for the beauty industry – like a side table that attaches to a chair for a stylist to put his/her tools on. He was shocked. He asked me, “you don’t have anything like this?” I said I’ve been in the business for 40 years and I’ve never seen one.

We’ve gotten good support. We sell within Canada, to the U.S. and we’ve even fulfilled some orders to Australia and South America. It’s not cheap to have them made in Canada – we’re not doing it to get rich. I’ve been in the business for a long time and it would be nice to leave something. We just stick to our guns. We’ve had multiple offers of people wanting to buy our company and we just say, “no thanks.”

Is it important to you that you’re a Canadian company?

We always try to shop Canadian – I’m always looking at labels. My wife and I are willing to spend a bit more if we know something is handmade in Canada. We’re very conscious that way, especially now.

In terms of our company, we don’t care about selling 100 products a day – we rather sell 10 a day to people willing to spend a few extra dollars to have it made in Canada. People have offered to bring the company to Asia, but I want every part to be made in Canada. The products are assembled in Canada – we’re in Canada – it’s Canadian.

Do you think it’s important that salons buy locally and support local businesses?

How has business been going lately?

I also like looking at things that stylists use every day, like trays and seeing what we could create. Another thing is stools – there are very few good stools out there. I’m working on manufacturing a new concept for stools in the future. They will also be Canadian-made, and I want the product to be something you buy once and it’ll last you 20 years.