Catching Up with Matty Conrad 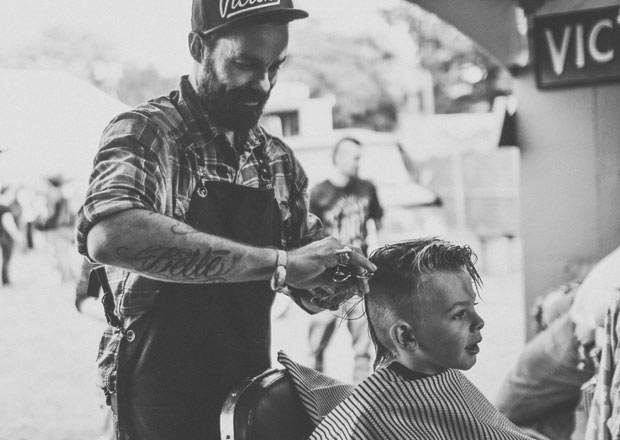 Matty Conrad has put his own spin on barbering, creating the overwhelmingly successful Victory Barber & Brand. And as a Schwarzkopf Professional Essential Looks Artist, Conrad has gone from a West Coast stylist and entrepreneur to the global stage.

Conrad will be the first to tell you: He’s just from a small town in British Columbia. But that doesn’t stop him from being recognized (many thanks to his hilarious viral YouTube videos) in the airport on his way home from his many work trips abroad, whether it’s to participate in a hair show, promote Victory Barber & Brand or represent Schwarzkopf Professional. Conrad has transcended Canada with his defined aesthetic (a bad-boy vibe with a glass of bourbon that’s never too far away). But according to Conrad, he tends to find his biggest inspiration in the past.

Looking Back for Inspiration

“Barbering is the biggest movement in hairstyling right now,” he says. “I find myself inspired by the history, studying the history of barbering and fashion for indicators of where the trends are going.”

Conrad brought his inspiration to life when he created two looks for Schwarzkopf Professional’s Osis+ line. The low-faded pompadour features longer sides, which are swept back for a more casual look. “It’s a really classic, old-school 1930s haircut that feels very blue collar and not very high fashion,” he explains.

For the second look, The 1942, Conrad sought inspiration from World War II photographs. “Hair was very tight on the sides, since soldiers were pulling their helmets on and off all day,” he says. “Instead of the hair being very slicked down and groomed, it looked a lot more roughed up, textured, messy and dry. It looked really cool, so I tried to create a look with more of that feel to it.”

The brand has also been a huge source of inspiration for Conrad who credits Kathy Simon, creative director for Schwarzkopf Professional Essential Looks and Mekka (and Contessa 28 Elite Master of the Year winner), as his mentor. “As far as I’m concerned, she’s a complete genius,” he says. “I’ve never met anybody who cuts hair as well as her; I couldn’t cut hair as well before I met her, and I’ll probably owe her for that for the rest of my life.” 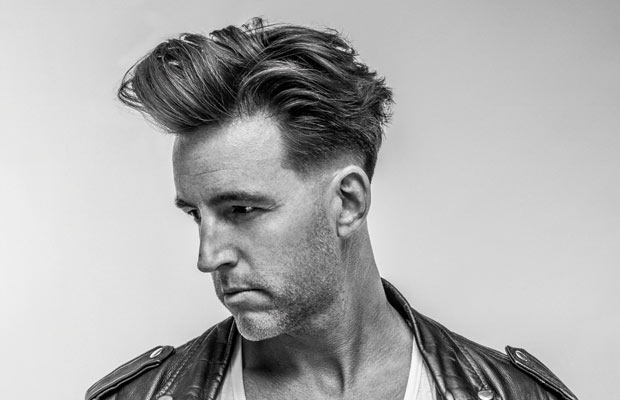 With the iconic rebel styles of James Dean and River Phoenix making a comeback, Conrad says this year is all about longer locks that have been slicked down and polished—more mainstream and reminiscent of looks seen on the TV show Mad Men. “Old-school slick looks that we’ve been seeing for years in barbers, but we’re now seeing them everywhere,” he explains.

“Men’s looks right now are all about the blow dryer. Younger, earlier adopters are going for more movement, texture and life to the hair. It’s more tailored on the sides. Still clean looks, but they are coming a little more undone, especially on top. We’re working with more texture for a piecier look, so it’s more approachable and fun.” He adds, “When styles get classic, anyone of any age can wear them.”