Short cuts are out, hair is getting longer and the rock star styles of the ’80s might actually be back in full force. We talked to men’s cutting and styling pros from across the nation to find out where men’s looks will go in 2017. 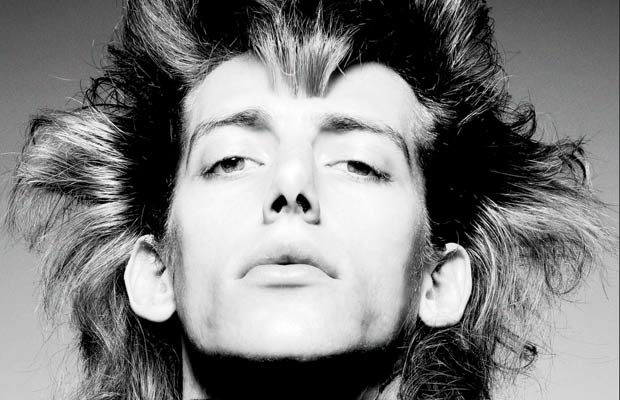 It’s hard to believe that a men’s hairstylist would say this, but according to Pete Goupil, All-Star educator for American Crew, he (along with many other stylists) will be putting down their clippers, at least for the next little while.

“Short hair will be classic, but we will see longer styles. We are revisiting the ’80s for sure.” Goupil says the styles in fashion, particularly denim, have the punk rock, lived-in feel of the late-’80s, which will translate to hairstyles.

Paul Pereira agrees with Goupil. This two-time North American Hairstyling Awards-winning men’s hairstylist and Schwarzkopf Professional Essential Looks Artist sees ’80s rock star glam being a leading trend that will happen in a big way. “We’re going to see colour coming into the hair, too, with really vibrant shades coming into play thanks to products like Schwarzkopf Professional’s ColorMelter making them more readily attainable for clients.” 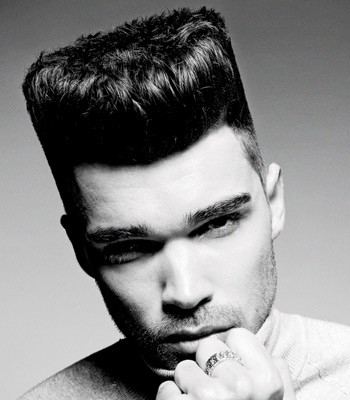 Men’s Hair Trend #2: Moving Away from the Fade

“Fades are bulky in the temple area,” explains Goupil. “We are removing graduation on the sides and back, which takes out that bulk and allows you to give a square shape instead of a taper.” Goupil also says that getting your clients to make a change is more about education, along with using the right products. “Product knowledge will give them the versatility they need, whether they want a sleeker look for work or a grungier one for weekends.”

But it’s not only in metropolitan centres where men are becoming a bit more discerning about their looks. Even in Nanaimo, B.C., men are looking to stay ahead of the trends, says Edwin Johnston, owner of Cutting Room Creative and global artistic director for KMS. “Even here, we see more street styles influencing hair, and fashion is still a big indicator, too,” explains Johnston. “In the ’80s, we had the punk movement, and we’re definitely seeing a departure from the fades and extremely defined cuts to more unstructured ones.”

Although finger waves are a classic look that has experienced resurgence in men’s hairstyling over the past few years, it’s also a pretty precise style to achieve. When it comes to texture, Pereira says the look is much more relaxed and easier to achieve, provided that you’re enhancing their natural texture.

“For guys with a lot of wave to their hair, creating a cut that works with their natural texture means that clients will be able to achieve the hairstyle at home, and that makes a big difference in building loyalty,” says Pereira. In short, if you can make them walk out of your salon looking their best and they can achieve a similar hairstyle at home between appointments, they’ll be back.

Both Goupil and Pereira agree that longer hair is back in a big way. For clients who want to go long, well planned out appointments are key to having enough hair to work with. “When a client is used to coming in every three weeks, getting him to extend the time frame to six weeks can seem like a long time,” says Goupil. “But my clients have trust in me, and I’m honest with them in that I need enough growth to create
a new shape.”

When it comes to styling longer hair, Pereira says that a blow-dryer is the number one way to achieve the look. “Your blow-dryer is your best tool for longer, looser hairstyles,” explains Pereira, “Walking your client through how you’re styling their hair will help them be comfortable enough to recreate the look at home.” 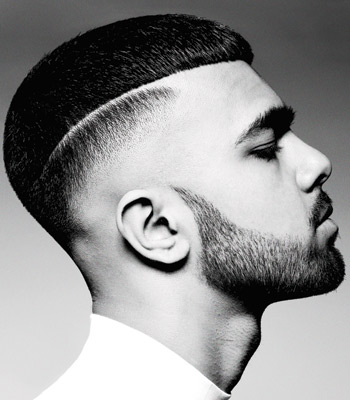 While the longer looks are making a comeback, Johnston says clients will be looking to hairstylists to help them decide how to best grow out their hair. “Right now, every style is back off the face,” says Johnston. “Cuts will come forward, be softer at the edge and have more texture rather than the groomed-to-perfection pompadour we’ve been seeing.”

When it comes to refreshing your cutting craft, Goupil takes a back-to-the-basics approach—one that’s at the heart of American Crew’s Master of Men’s Grooming program. “It’s hairstylist- and client-friendly,” says Goupil. “With 10 different haircuts that combine three different cutting methods and transitions, it makes creating a look your client wants very accessible.” While his personal hairstyle preference lends itself to British looks like the Mod, Goupil says that the Executive and the American are good transitions to where men’s hairstyles are going—all of which are part of American Crew’s curriculum.

According to Pereira, disconnecting a cut offers versatility for your clients. “It gives the illusion of both long and short hair, depending on how they want to style their look,” he says. “This is going to be a staple in salons because most men want to stand out between how they look every day and at night.”

Men’s Essentials: Get the Look with These Top Men’s Styling Products

Styling products are as essential to helping your clients achieve their look as retail is to your salon business. “Men are a big part of the retail world, and there’s still room to grow,” says Johnston. And because men tend to be loyal to a product recommended by a pro, you’ve got a good opportunity to close a sale before they leave your salon.