Over two hundred people gathered at Sassoon salon in Yorkville for “A Night of Style” in celebration of their 50th anniversary milestone in Yorkville. 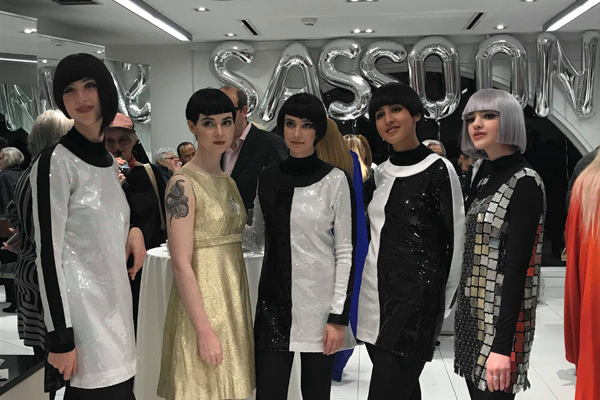 “The idea of Sassoon’s history and events throughout the past influenced the looks in our presentation,” said Nhi Tran, creative director for Sassoon.

“We included looks from the 60s, which included asymmetrical and geometrical shapes, as well as the veil haircut from the 70s which was the first of its kind.”

“We then moved onto the 80s, which featured textured, ‘new romantic and post-punk’ looks and finished off with current looks from the 2010s, which put an emphasis on personal style,” she said.

The salon, which was a full house, was beaming with excitement as they came together to celebrate this milestone.

“We’re thankful for our clients and students and were so honoured to be celebrating them while maintaining Sassoon’s legacy.”