Next Wave of Talent: Chelsea Wiebe 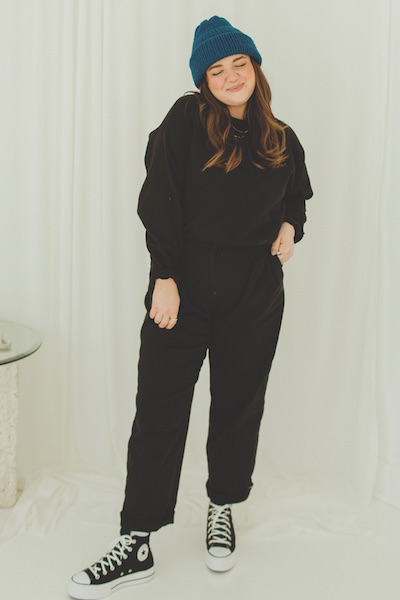 For Winnipeg-based hairstylist Chelsea Wiebe, her venture into the hair industry started out as spontaneous decision, and has now led to being a studio co-owner, Schwarzkopf Professional #SKPCANSquad member as well as a small business owner. “I knew I wanted a creative career and I thought hair school would be fun, so I decided to try it out and see what happened,” she says. “I ended up loving the craft of doing hair and have been doing it for almost eight years now.”

Although it was never Wiebe’s dream to be a salon owner, opening a studio felt right in the moment. “I co-own a private studio with another stylist who I was working with before. We both ended up wanting to run our own businesses out of a shared studio,” she says. “We opened a space with just the two of and it’s been great. It’s nice to have our own space to work out of and it’s been fun to be able to create the perfect vibe for us. It came very naturally and was never my plan. It just kind of happened.”

“I’ve learned a lot. It’s a lot of hard work and I feel like I’ve learned a lot regarding business owning. Learning how to run my own business has been a learning curve, but realizing that I’m very capable of doing it myself has been rewarding,” she adds. “For other stylists who are thinking of opening their own pace, I would encourage them to never lose the passion of their craft. Being a salon owner, it can be hard to juggle all of these new roles and responsibilities, but if you’re passionate about doing hair keep doing that as many days as you can. Cut out one day to do all of your business stuff, but if your passion is being balanced it’ll be really helpful.”

Through her experience and time in the salon industry, Wiebe has been able to build her dream clientele, but that wasn’t always the case. “When I was first starting out, I had to know how to do a little bit of everything to build a clientele,” she says. “It was challenging because I often had to do hair that wasn’t my style or my vision, but over the years as you create your brand you develop your ideal clientele.”

“Those years of taking every client, making mistakes and learning how to fix them has really gotten me to where I am now. I don’t have a single client that I don’t want to be working with. Every one of my clients make work so much fun. Being in that environment where you see so many people a day and you can catch up with them and watch them grow is so amazing,” she adds. “I also love the creative aspect of my job. My days are always different, and I don’t think I could work an office job where I’m just sitting behind a desk. I love being able to create art and that’s what doing hair has become to me.”