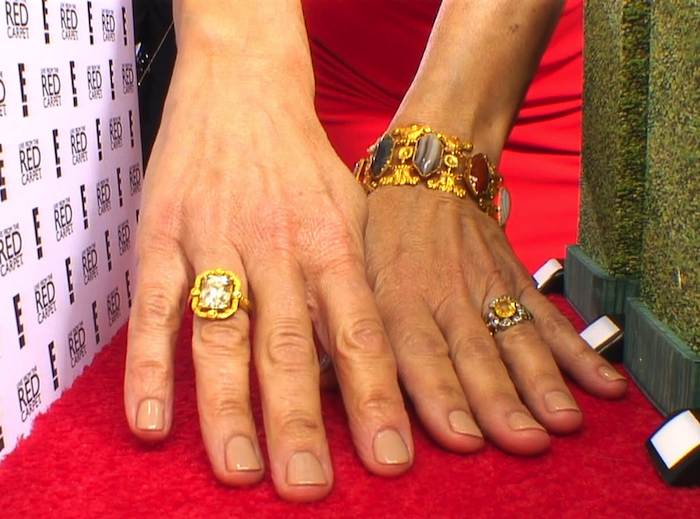 And then, there’s Zooey. 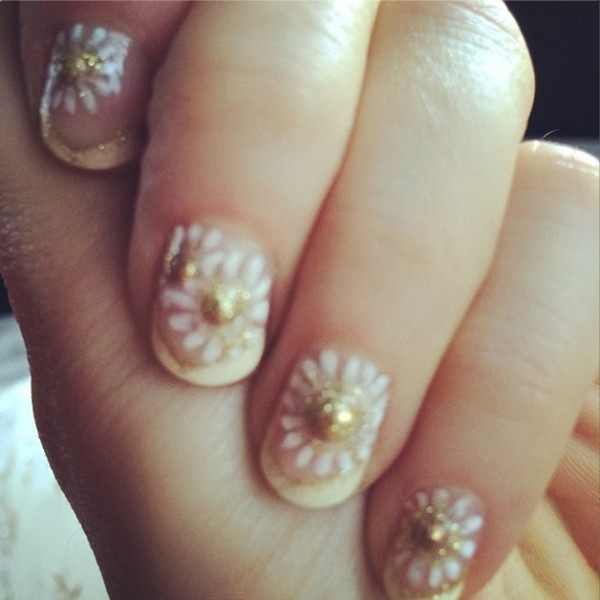 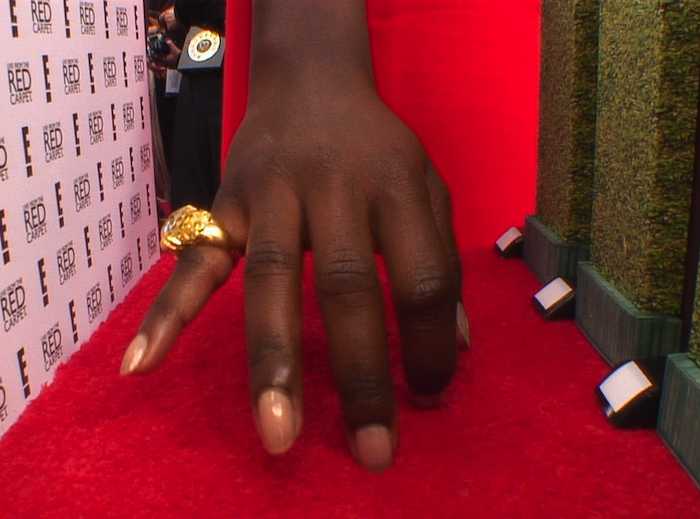 While nail colours were safe and classic with minimal design, stars were rocking out the gems and stones—perhaps the manicures were toned down to maximize the impact with jewelry? Lupita Nyong’o stunned us all with that gorgeous, giant gold cocktail ring and Zoe Sandana showed off her sparkling Lorraine Schwartz diamond ring. One big exception to this minimal nude hue trend is Kelly Osbourne, who combined glitzy gold hues with nail art in the shape of the Golden Globe statue—topped with simple rings and studded bracelet (image below).

Tell us what you think about pairing nail design with rings, bracelets and nail jewelry on Facebook.com/SalonMag! 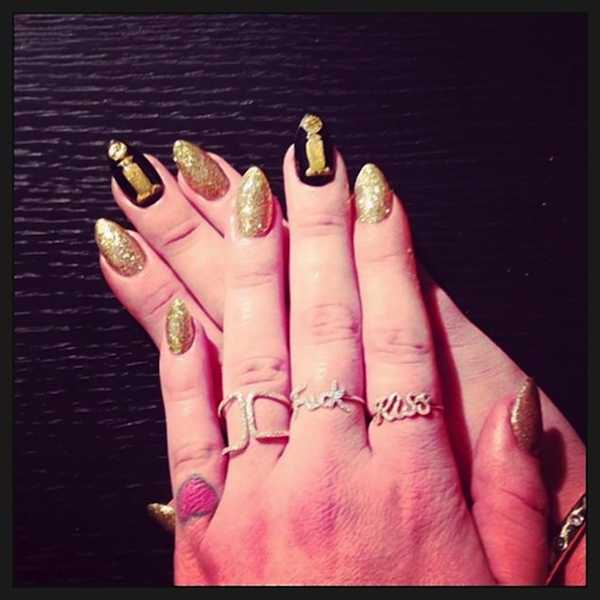