One on One with BHA-Winning Hairstylist, Jamie Stevens 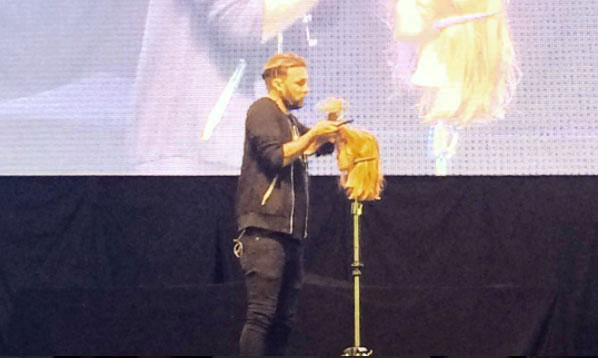 It’s safe to say when Jamie Stevens takes the stage, hairstylists are all ears. As a multiple British Hairdressing Awards (BHA) winner, celebrity hairstylist and international ambassador for Matrix, Stevens, who is turning 37 years old this year, has accomplished more than even he could have imagined.

“I’m definitely a softer hairdresser as I’ve gotten older,” he says. “If you look at all my images from awards, that’s a flip to what I do. I’m a very creative hairdresser. I’ve had old-fashioned training mixed with young training. I’m probably one of the few hairdressers that do everything. I love to show diversity in what I’m doing.” 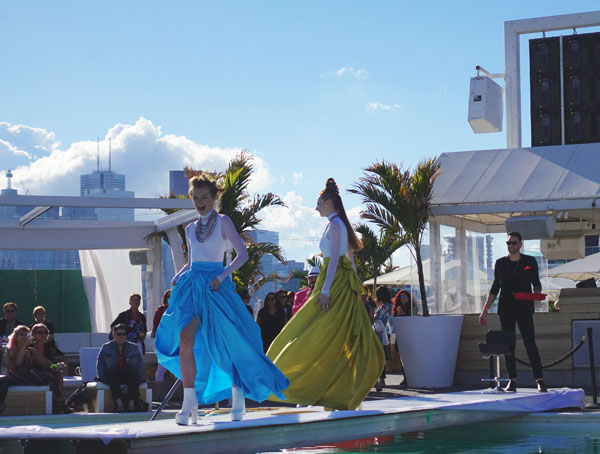 We caught up with Stevens at Matrix Destination 2017 in Toronto. In addition to showcasing trends and participating in a hair battle with Matrix Canada’s global artistic director Alex Chabot, Stevens taught a full day of cutting techniques and styling hair hacks. “There’s always this perception that award-winning, global hairdressers are a bit stuck up, but I’m the complete opposite,” he says. “I’m a very grounded hairdresser. I don’t take anything for granted. I’m at the point in my hairdressing career that I get more enjoyment out of helping hairdressers grow. I try and show people unconventional things and try and get them to think outside the box. As long as every single person leaves with one thing that will help them become a better hairdresser, my job is done.”

As an international ambassador for Matrix, Stevens works on the brand’s imagery, education and product development, and travels around the world for shows, launches and photo shoots. “For me, Matrix is probably the most forward-thinking brand; always pushing boundaries and trying to own things, like the whole colour melting and marbling vibrant colours [techniques],” he says. “It’s very much about breaking every rule you’ve ever been taught as a colourist. You are never taught to bleed colours in together, but to get that beautiful, seamless melt, that’s what you do.” 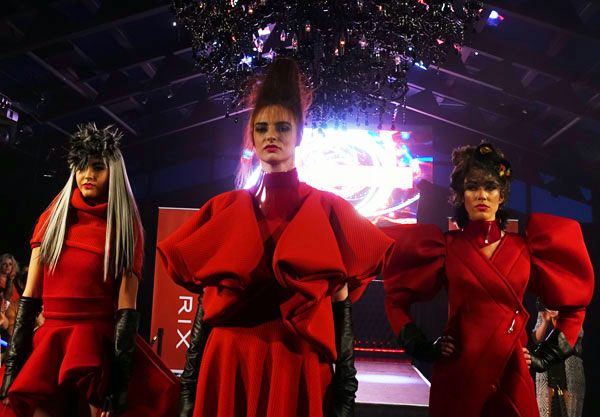 Hairdressing runs in Stevens’ family; his mother, grandmother and great-grandfather were all former hairdressers. While he has worked with a range of hairdressers throughout his career, Stevens considers his mother and wife to be his greatest mentors. “I’ve always tried to surround myself with hairdressers that are better than me. My mom is one of my main mentors. My wife is a hairdresser and a very great cutter. She’s probably my best critic,” he says. “Whenever I create an image or do a shoot or come up with a technique, I will always ask my wife and I will listen to her. She’s my rock and support. She does a lot of training in the salon.”

“We educate our clients just as much as we educate staff. The better they look, the easier they can do their hair to replicate your work, the better it is for me as a brand. Client recommendations are the best form of advertising.” ~ Jamie Stevens

Stevens and his wife Megan are expecting their first child this year. While he continues to be heavily involved in hairdressing and supporting his team, he hopes to be able to take a step back from it. “I’ve been doing this for years now, and I love it, but getting a bit older and having a baby, it puts your life into perspective a little bit,” he says. “I will still continue doing everything, but without being away [from my family] as much. Ultimately, I want someone to be doing a Jamie Stevens show in Canada and America, but without me being there. That’s the dream and concept for me.”

Stevens is the youngest hairdresser to ever be nominated for BHA’s British Hairdresser of the Year award. While competing continues to be a passion for Stevens and his team, he only has one award in mind. “In the beginning, [awards] are one of the main things that put your name on the map. Having an award to say ‘you are the best’ is incredible—to raise your profile in the industry and raise your consumer profile,” he says. “Now, with all of the awards that I’ve won, I’m taking a step back from awards. I’m only [competing for] British Hairdresser of the Year. It’s the one award that’s alluding me, so that is definitely high on my priority list. But now I have a team, so for me it’s about building my team and building my brand.”