Our “So You Think You Can Style?” Best Bob-themed photo contest winner is Mandy Rogers, salon director of Lab Salon in Victoria, British Columbia! Her vivid pastels and cutting technique are on point, and her image will be featured in the September issue of Salon Magazine! 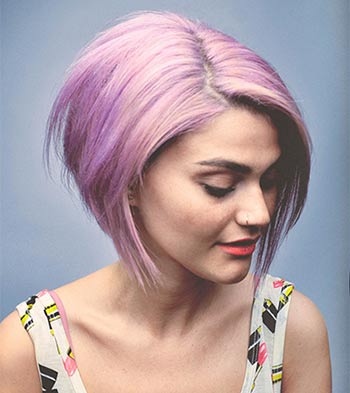 Rogers was inspired by the ’90s-era grunge resurgence that’s coming back in to mainstream styling: “I wanted to create a look that embodied street style but maintained a level of femininity. Playing with the undone texture helped to give the look the edginess I was going for without looking too overdone.”

Rogers is a firm believer in testing her skills and entering the contest was a no-brainer: “I am constantly relaying to my staff the importance of photo shoots and competitions. Matty Conrad, owner of Lab Salon, started a tradition with Lab when it opened seven years ago to do team shoots every year. For the past four, years we’ve had full team participation on each shoot. We team up junior stylists with master stylists who act as their mentors, providing this opportunity in order to keep everyone inspired and help them to build the confidence to pursue editorial styling opportunities and compete in hair competitions. Last year our team made it to the semfinals in the Contesssas which was a really rewarding achievement for us since everyone was involved.” 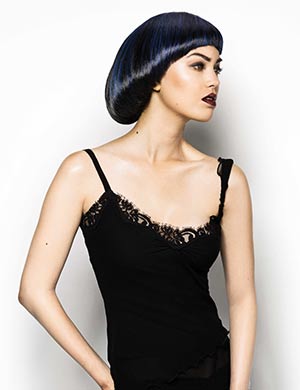 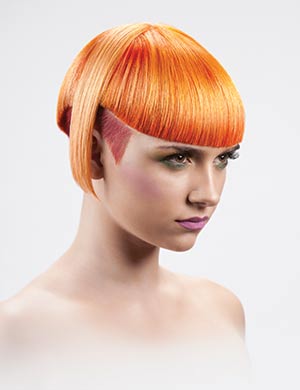