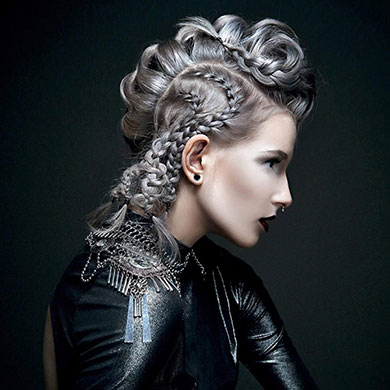 Our “So You Think You Can Style?” ‘Beautiful Braids’ Winner!

Congratulations to Dustin Schumann, from London, ON., on his first-place win in the “So You Think You Can Style?” ‘Beautiful Braids’ photo contest.

Schumann, who specializes in textured hair, blondes and high fashion colour, developed his passion for hairstyling when he became a hair model at 18 years old.

He has been a hairstylist for almost seven years and has won several awards including the Contessa 2019 award for Multicultural Hairstylist of the Year.

For this look, Schumann used Schwarzkopf products and was inspired by a combination of vampires and the winter season.

“I had three main sections; the two on the sides and a bold crescent moon section going from the top all the way to the nape,” he said.

“I tilted my model’s head down and started french braiding from the nape, moving towards the front of her head for a more editorial look. Next, I tied the end with an elastic and used my tail comb to pull the braid until it created a shape that I liked. I then pinned the end into the side of the braid to complete that section.”

Schumann added, “I wanted the cool tones of the hair and skin to contrast with a dark lip, backdrop and a metallic wardrobe and for it to be so beautiful and illuminating that it would draw you right into the image.”

When it comes to competitions, Schumann says they are important to him because they allow artists to “push boundaries and be extra creative with colour and styling.”

“By challenging our own technical skills, we can only learn, grow and become better artists. It gives us a sense of vulnerability when being judged by professionals and other artists which only makes us stronger.” 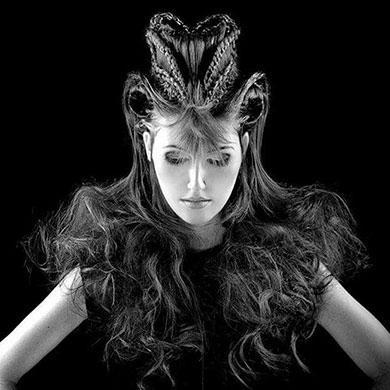 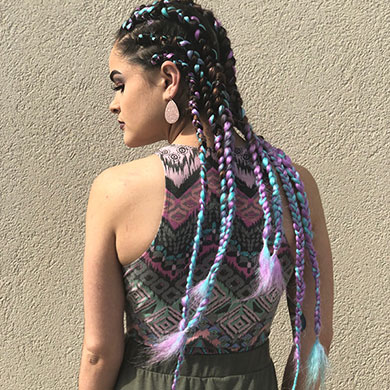 Check out our past “So You Think You Can Style?” contest winners and stay tuned for the next contest starting July 25!