After 20 years, Phases salon gets new digs in North York. 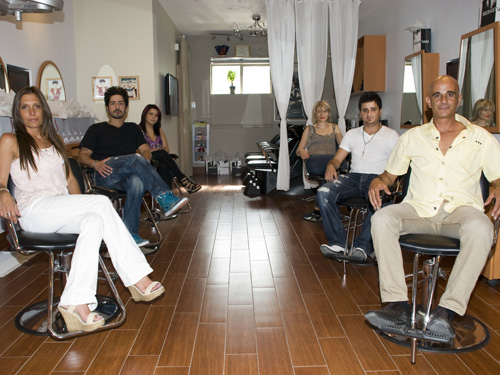 Who: Frank Tripodi, an award-winning hairstylist, international educator and owner of Phases salon, and his salon team.

What: After 20 successful years at its Vaughan, Ont. salon, Phases has re-opened in a new location on Yonge Street in Toronto’s North York neighbourhood.

Highlights: CityTV interviewed Tripodi to spotlight the new salon, while a DJ spun tunes out front of the salon. Staff, customers, friends and media mingled and admired the newly designed salon stations and colour unit — all cleverly designed to be ergonomic for the stylist. Tripodi also announced that he has officially patented his “Enviro Cut,” a dry cutting technique that saves time, energy and cost to the client.