Post-Pandemic Hairstyles and Trends to Watch Out for in 2022

Since the start of the pandemic, it’s become obvious that longer, low-maintenance haircuts continue to be in high demand. 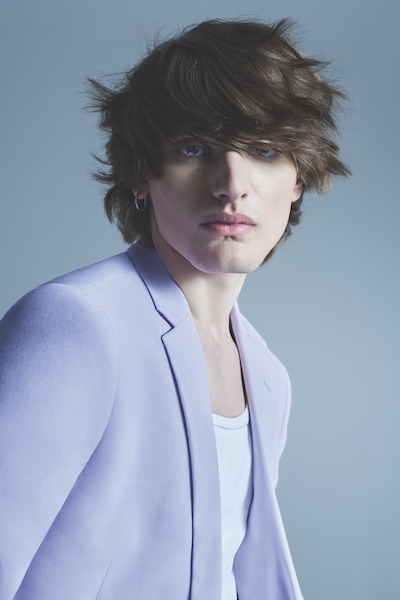 However, it looks like the tide may finally be turning. According to experts, the shag and mullet, along with shorter crops and buzzcuts, are here to stay. “Due to the pandemic, people are staying in more so they prefer a hairstyle that’s effortless and can grow out nicely. That’s why the shag and mullet styles are more popular now,” says Wan Wu, a barber at Tommy Gun’s Original Barbershop in Burnaby, B.C. “I think it’s important to give the client a hairstyle that can grow out nicely if they can’t come back as often.”

Kristin Rankin, hairstylist and owner of Fox & Jane Salon in Toronto, says more people are seeking out hairstyles with a lot of texture and different lengths.

“I really think that we’re right into the thick of the ’90s at the moment, especially with TV shows like Stranger Things or Yellowjackets,” says Rankin. “I don’t think that’s going to go away, but I do believe that different lengths are absolutely all on point right now. You could have a super short, baby mullet or outgrown pixie, or you could have a long shag. I think anything goes. What I’m noticing is a lot of movement, messy ’90s hair, especially with curls. I think curls and natural-looking hair are so hot right now and I don’t see that going away anytime soon.”

According to MJ Deziel, creative director and founder of APART studio based in Montreal, there’s been a rising demand among Gen Z girls wanting to try shorter hairstyles and boys going for longer cuts. “I remember a few years back it was all about balayage and long blonde hair,” says Deziel. “It’s quite a statement when the mainstream girl that used to do balayage suddenly wants to try more in terms of cutting. It tells me that people are willing to be open and try to express themselves through their hair more. So I don’t think there is one specific haircut that’s coming back, but obviously there is a ’90s feel and we’re very much embracing the Y2K aesthetic.”

Since ’90s and Y2K styles are all about embracing more natural hair textures, there’s alot more movement and volume. With that said, knowing what hairstyles, products and routines to recommend requires a thorough consultation that dives deep into the client’s lifestyle.

“I need to know who my clients are and what they like and dislike about their hair,” says Deziel, who recommends asking questions such as “What is your lifestyle like?” “Do you style your hair in the morning?” and “What products do you use?” These inquiries will help determine whether the hairstyle the client is requesting will suit their daily routine. Rankin says it’s important to remind clients when they should come back to the salon for the simple reason that if a client wants to achieve a certain look, they need to be dedicated to recreating the original shape they’re going for.

“One of the things that we never did in this industry 20 years ago was educate our clients on their own hair,” says Rankin. “In the last five years, especially with social media, it’s become a huge trend to make sure you’re educating your clients on everything from the price they’re paying to what it takes for their hair to look a certain way. I’ve had so many clients sit in my chair and say ‘I want this haircut but I don’t want to do the work.’ And I always say, ‘I can give you this haircut, but if you don’t do the work on a daily basis, it’s never going to look that way.’ I try to educate my clients as much as possible because I never want a client leaving my chair with hair they loved when they were in the salon, but now they don’t like it because they don’t know how to do it.”

FOR STYLING, USING A SEA SALT SPRAY FOLLOWED BY A DIFFUSER WILL HIGHLIGHT THE NATURAL TEXTURE OF THE CLIENT’S HAIR. 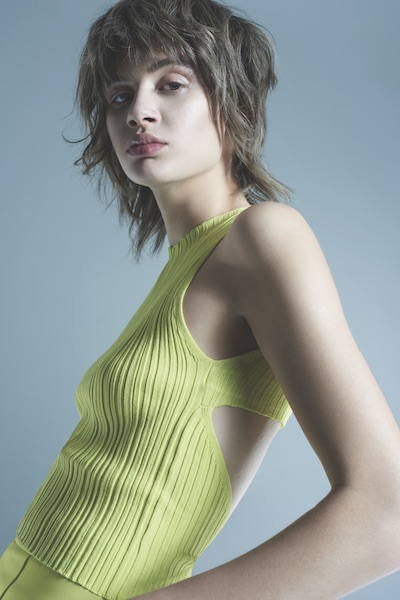 As salons continue to remain open across the country, shorter hairstyles are becoming more requested—so much so that we’re now being introduced to the “bixie,” which combines two of the most popular short hairstyles: the bob and pixie.

According to Deziel, the bixie is on its way to becoming the next classic hairstyle. “It’s a one- length haircut that’s highly textured with a bit of face-framing fixture on top,” she says. “It’s more like a long pixie. There’s a lot of strong shapes and a lot of work done, with more texture and more work put into the shape of the silhouette in comparison to a precision cut. It requires a bit more maintenance in terms of the frequency of visits to the salon because you will lose the shape after two months.”

“When there’s a fringe factor, it’s going to require even more maintenance,” Deziel adds. “When the layers on top are not on top anymore and they’re falling on the side, for instance, that changes the whole haircut. As soon as you step into layering and shorter haircuts, you engage in some maintenance.”

To create the bixie, Rankin suggests using a razor to add texture and give the haircut more movement and versatility. “Razor cuts grow out beautifully. Traditionally, people might say you have to get this cut after eight to 10 weeks, but I think that it could last a little longer—anywhere from 10 to 12 weeks. Then the client would have to come back for a bit of length removal and reshaping.”

The bixie is considered to be a more versatile hairstyle because of the different ways it can be cut. “I think any gender—regardless of how you identify—could wear this haircut,” says Rankin. “I think it’s very androgynous looking and I truly believe haircuts have no gender. Anybody should be able to wear anything, but I could see how this would really work for anyone. It flatters a lot of different face shapes.” 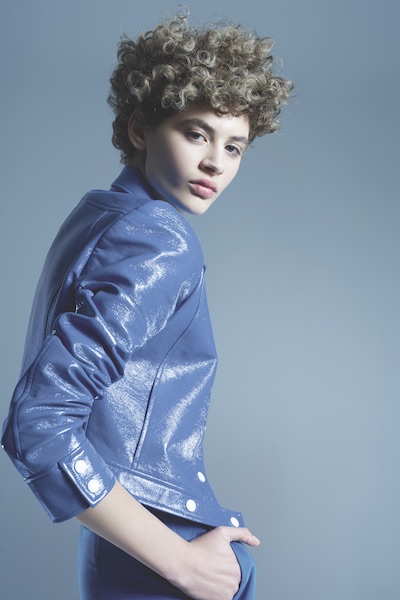 Power of the Perm

For those looking to enhance or add texture, the modern perm is a great solution.

The modern perm keeps the sides short and has a lot of body and texture in the curls on top. With multiple variations, such as with a fringe, drop fade or comb-over, the options are endless.

According to Wu, who was the 2021 Canadian winner of American Crew’s All-Star Challenge, more men with straight hair are becoming interested in perms. “It’s because they’ve always had straight hair and if they want to get wavy or curly hair, they have to use styling tools. But after they get a perm, it could last for months. It will do less damage to their hair than heat styling it every day, and it saves them a lot of styling time in the morning, too.”

While the perm still requires regular visits to the salon to maintain, there’s a lower commitment when it comes to styling at home, as only certain products are needed to enhance texture. In fact, Wu says a lot of men are learning how to style curly (or permed) hair from watching videos on TikTok!