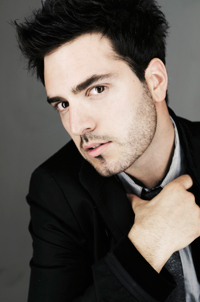 I hope you enjoyed my first blog and found some of what I wrote interesting and useful. For my second entry, I want to share with you one of my first experiences competing.

I was 18 and studying at Marvel Hair School, when my teacher approached me about entering the Young Protégé Student Cut & Color Competition hosted by Wella. Initially, I was very excited but also very nervous. I had very little experience and had no idea where to start. During one of my lunch breaks from school, I popped into Vidal Sassoon with a picture in hand that I had found in Salon Magazine. It was a look from their fall collection and I desperately wanted to know how it was created. I asked the receptionist if there was anyone I could talk to. She took me to the lunchroom, where I was introduced to a few of the stylists at Sassoon, and I showed them the look. After seeing the photo – and knowing I was still just a student practicing in hair school – they advised me that I may have better luck choosing another haircut as this one seemed a little “advanced.”

Despite their attempts to dissuade me, I was determined to recreate this look on my own. I wanted to challenge and improve my technical ability. One of the stylists was kind enough to sketch out the haircut on a head sheet and explain how it was cut. Upon leaving Sassoon, I was still a bit uncertain about my plan of attack, but my resolve was strong. I took the original picture and head sheet to my father, mentor and world hairstyling champion – John Colombo – and asked for his help in decoding the diagram. After a few mannequin heads, I was frustrated and ready to quit. Thankfully, my father insisted I carry on with the process of trial and error. Sure enough, 20 mannequin heads later, and with a great deal of training for about two months, my technique had become so fluid that I was cutting that look with my eyes closed.

My next step was to find an amazing model who was comfortable with me cutting and coloring her hair according to my vision. Once I found her, I was ready to make the look come alive. I can’t explain the rush you get from a live competition. The adrenalin remains unlike anything I have ever experienced. My determination and hard work payed off: I ended up winning first place.

From that moment on, the wheels were set in motion. I was continuously looking for the next challenge and setting goals for the future of my professional career. I was more excited than ever to take part in new competitions, always looking for what was next. When I think back on my struggle, I wonder what would have happened if I had quit? The answer is I probably wouldn’t be where I am today. Don’t ever let anyone tell you can’t because YOU CAN!

This is an image from my Contessa winning collection for Ontario Hairstylist of the Year. It resembles a trendy cut and colour that best suits live competition. 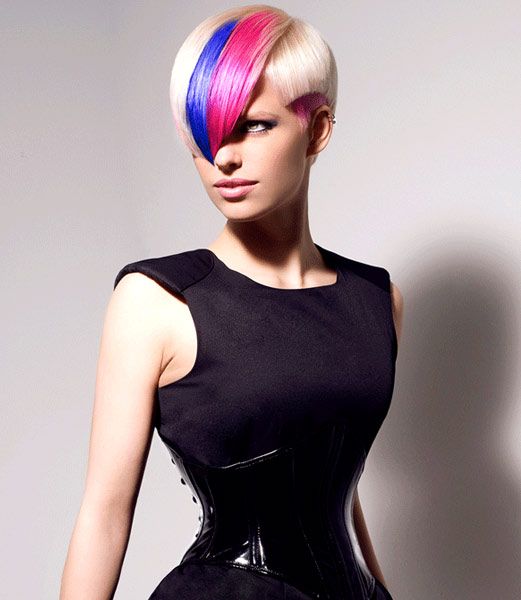