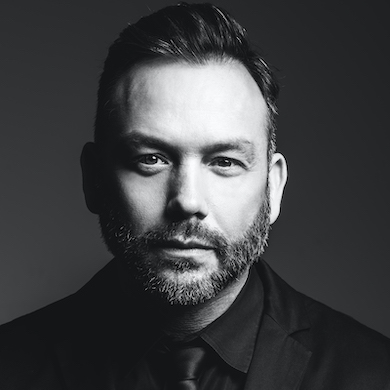 We spoke with Paul Pereira from Toronto, who took home the Men’s Hairstylist of the Year award at the 32nd annual Contessa Awards.

Congratulations again on your win! How did it feel to hear your name be called out on Contessa night?

You re-entered a past collection and won with it this year because of our second chance rule! Why do you think this rule was important this year and what made you decide to re-enter this particular collection?

I think it needed to be re-entered. I believe this collection was maybe a year ahead of its time. A lot of people stay on trend but I’m always chasing the next trend. I felt like with this – the photography was great, the hair was great. It deserved another chance. The second chance rule gave everybody a chance to catch up and see what the trends are.

What inspired this collection?

I went to the U.K. and Ireland five years ago and all these kids were wearing [their hair] forward and floppy—a forward flow that was pretty cool. But I knew that three forward flows wouldn’t work in competitions so I decided to [combine] what’s ‘in’ now but also something that’s ahead of its time. We paid homage to the guy with great hair with lots of texture and a beard—a mix of older to newer and fresher, androgynous looks.  The collection is dark and dirty with lots of texture. The images really look like they are sketches.

What are other things that inspire your work and keep you creative? How do you keep your work fresh?

Lots of my creativity comes from everywhere. I just did a new collection. There is a Black woman at work who does her hair differently – she always has different looks. Recently she wore extensions that were straightened but she put a clip on with a wave/texture and it gave the look this dual texture which I was inspired by. Seeing people on the streets also inspires me. I don’t really get inspired by art or any of that stuff but when I feel like I’m stuck in a rut, I love K-pop and J-pop. I work at Yonge and Yorkville so just going for walks, I see really cool people. I look at something or someone and think “that looks like a DIY haircut, but I can tweak that.” Street-style and K-pop are big inspirations for me. I always tell young stylists to watch K-pop.

What advice could you give to emerging hairstylists who may be intimated to enter into competitions like the Contessas?

Lots of hairdressers enter one time and don’t make the cut or don’t win and they get negative and say it’s fixed or rigged – they don’t want to get hurt again. When you shoot for something or enter something – it has to be for yourself. I’ve lost track of myself. It has to be something you want to do and share. The Contessas are the only place in Canada where we could share our work with other hairstylists. Don’t be scared. Go in for you and not to win or lose. If you do win, don’t be an asshole. You’re not the best, you only have the title for the year

What do you enjoy about competing in hair/photo competitions like the Contessas?

I love competing and I love creating something. You come up with an idea and the idea doesn’t always pan out, but that’s OK. We recently did a collection and it was the total opposite of what we thought it would be. You’ve got that creative energy in the studio when things are going the way you want and it’s amazing what happens when you get a good team together and everyone relies on each other. Sometimes you just create on the fly and sometimes those are the best collections.