From getting his start as an apprentice in Maryland to becoming a celebrity hairstylist in Beverly Hills, California, Philip Wolff gets candid about his hairdressing journey and how education has been his key to staying inspired—even when he’s the one teaching. 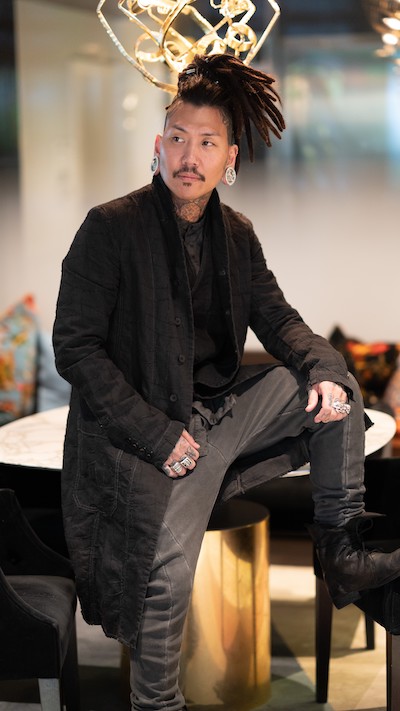 I understand that your mother was the one who suggested hairdressing to you as a profession, but how did you get your start in the industry?

In the late ’90s, I was at a point in my life where I tried college for a little bit but it wasn’t for me. My dad wanted me to go into the military but that wasn’t for me, either. I definitely knew one thing and that was that I wanted to do something where I worked with my hands. I was in computer manufacturing; building computers and servers but they ended up laying me off. I also liked to play the guitar. So, after all the years of my mom telling me I should look into getting into the beauty business, I grabbed a newspaper and started looking through the classified ads because back then, that’s what we would do. I found an apprenticeship opening at a Toni&Guy concept salon [in Maryland]. I spoke with the owner and he asked me all these questions about the school I went to. At the time, I wasn’t sure about the idea of going to beauty school, so I immediately thought I wasn’t going to get it, but we had a good rapport. I didn’t hear back, so a week later I called him and he asked me to meet him at the salon. I went and watched him finish up this haircut—a pixie—and I’ll never forget it because I remember thinking it was the coolest thing I’d ever seen in my life. Long story short, he hired me and asked me to come back to the salon on a Monday morning. I showed up and the salon was closed. Next thing I know, the owner’s car pulls up and he tells me to get in. He told me that if I really wanted to know what this whole industry is about, it was my lucky day because it was the last day of a hair show that was in town. We drove to the hair show and that’s what really solidified it for me because I saw a world I didn’t even know existed. I didn’t know about the whole fashion aspect with shows and inspiration. I also got to meet a bunch of cool people, and that’s how it all really started for me. 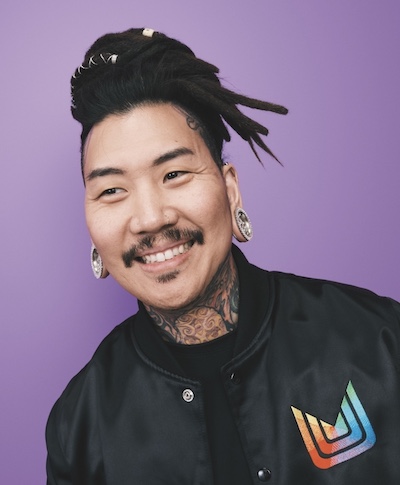 You mentioned being intrigued by the salon owner’s ability to cut hair, which is something you’re doing now— inspiring people with your haircutting skills. You’ve come full circle.

I really have. Any time that I’m fascinated by something that I don’t understand, I have to learn about it. I’m hungry to learn and that’s why I think education is so important.

There came points where I would hit these milestones in my career and then, after being 10 or 15 years in, I was really debating if I still belonged. I took what I thought was the right path, which was to move to the big city, work with some celebrities (which I still do) and get some notoriety. While it was fun and the money was good, it was just the same every day. As an artist, you want variety. I felt like I started losing my practice of other hair that I liked, and why Im even got into this. I remember thinking, ‘What is that thing that gets me fired up?’ I went back to all those moments in my history and it all brought me back to education. I started to talk to a buddy about that and we decided to start our own education program and see what happened. We did one and there were three people. The next month, there were six. The next month, there were 10 and then 20, and then people from other cities started asking for classes and it just grew. But ultimately, that’s what got me back into it. It ended up fueling me even more so than I think I’d ever been. It’s one thing to discover something—like I did at that hair show [in Maryland]—but it’s another to rediscover because when you rediscover something, that’s even more powerful. At least it was for me. 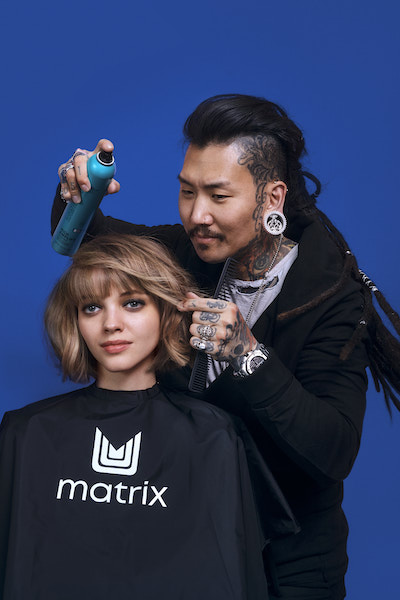 And now you’re an artist and educator with Matrix. What do you most enjoy about your role?

This is my fifth year with Matrix and what I most enjoy about working with them is that they’re about what they say they’re about: Being inclusive and diverse. I joined at an interesting time with the evolution of the brand, and not only being part of that but watching it happen in real-time—the relaunch of the new branding, working with the global team, working with DMI [marketing] and the artists—has been amazing. And not just because of my role on the team but talking to the people who use the products and learning how much they communicate with us when it comes to new development has also been so helpful and important.

You’ve also been a part of Matrix’s Mentor.Me for All program, which provides mentorship and education for all stylists. Why is mentorship so important in our industry?

I’ve had many mentors and I continue to; I think they’re important to always have. And it doesn’t always have to be from someone who’s doing exactly what you’re doing. Obviously, in the beginning of your career, you do want that but there are other things in life to learn—like business, for example. It’s an interesting industry because there’s no set salary. It’s what you make it; what you put into it is what you get out of it. Nothing is handed to you but at the same time, the sky is the limit.

There’s also a new program [Power of the Collective, which focuses on offering free texture education to all stylists]. They really want to focus not just on the products, but the industry and strengthening the artists. When I started doing hair, once you got your license, that was it; there was no book or path to success and you had to make something out of nothing. Now, there’s educational programs and more accessible resources that can help give you a clearer vision of your career path. 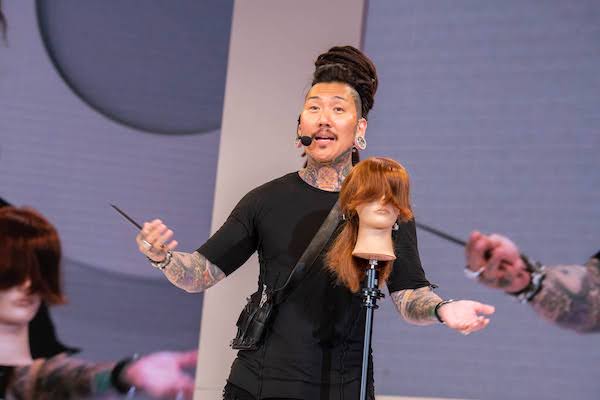 How would you describe your teaching style? Any tips on how to make education more accessible?

I like to mix in everything from a little bit more classic, salon-friendly and usable techniques to trendier, more aggressive and fun things. I think for all levels—even if you’ve been in it for a very long time—it’s always good to brush up on those classic shapes. Of course, today’s looks can be relevant to the type of clientele you want to attract, and even if someone new comes into your salon, you want to at least be knowledgeable on how to approach trends. As we know, social media can be inspiring, but it can also be intimidating for a lot of people. It can all be broken down into understandable and bite- sized bits of comprehension. I don’t expect people to walk around and remember everything, but even if they just take one thing away, that’s all that matters to me because that’s something they can keep forever. And when they’re ready, they’ll add more.

No matter how style and current trends evolve, I think it’s important to keep things as simple as possible. I’ve spoken about efficiency and I think things can be broken down more simply and from there, it’s up to the artist. If you can explain things in a way that can be taken in very quickly, people already know how to alter things to their liking. But if I give it to them in a complex format, they don’t remember because now they’re concentrating on the wrong thing. Let’s break it down: Head shape, elevation, etc. It’s the simple words we understand from the beginning, and all I’m doing is either brushing up on that or they can easily picture those things in their mind and connect to it right away. There are different levels of how people learn; audibly or visually. Some people have to do it hands-on. Ultimately, you’re your own best teacher and once you do it yourself, you’re never going to forget it. You’re also more likely to show someone else.