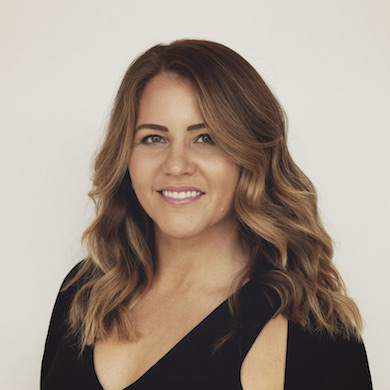 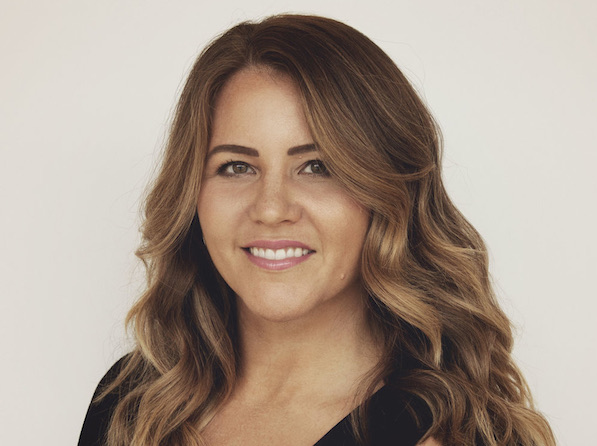 Tell us about yourself. How did you get your start in the beauty industry? Did you always know you wanted to be a hairstylist?

I went to university to study business and while I was there, I worked as an assistant at a hair salon on Saturdays. I always really enjoyed it but never really thought it was an option for me. I was a buyer for a jewelry chain for a while and after several years, I realized I didn’t love it. If I’m going to do something for most of my life, I want to really enjoy it. I thought back to when I was an assistant at a hair salon and decided to just go for it. It wasn’t until I was 24 that I took the leap, quit my job, sold my car and went back to hair school.

I wore my hair in a ponytail every day when I was growing up, so a lot of my teachers were surprised that I ended up as a hairstylist, and it’s been super fulfilling. It’s not something I had planned my whole life, but something I fell into and I love it.

That’s a great story. It shows that even if you don’t know early on, it’s never too late to explore hairdressing as a career path if you have an interest in it.

It really isn’t [ever too late], and I think it actually helped me that I got to experience so many other things before. I think sometimes when you come into something right after high school, you might question if it’s the perfect choice for you. I really had a chance to see my other options and realize that this is it.

I’m sure it was a risk for you to make the switch. Were you concerned about that and how did you stick with it?

One thousand per cent. I was lucky that my mother was one of my biggest supporters and she actually took over my mortgage when I left my job to go to hair school.

I taught at the Aveda Institute with Roberto [Sinopoli, owner of Verde Salon in Winnipeg] and his mother, Rosina, was actually my teacher in hair school. She was an amazing teacher who really encouraged and prepared us for the realities of being a hairstylist.

Roberto and I stayed in contact throughout, and I decided after a while that I really wanted to have something of my own that I could lead. Roberto felt the same way and we connected and ended up opening the first Verde location together six years ago.

I only work behind the chair for eight hours a week right now. The rest of the time, I’m educating, planning and doing admin stuff.

I know you’ve been entering the Contessas for several years now. How long has it been?
I’ve competed for the past seven years; 2018 or 2019 was my first one and I’ve entered four times. I was lucky enough to be a finalist every year that I’ve entered, but I’ve never won until now.

Every single year that I’ve competed, after the photo shoot you just feel like you accomplished something huge, so it doesn’t really matter if you win or not. People who enter just to win are missing out. It’s a nice thing to have, but seeing your name and collection up on screen when you’re there is also cool.

What does this win mean to you, especially after these past few years during the pandemic?

There are a few parts to that. Our team has really been through a lot. I know a lot of salons had a hard time of keeping their stylists, but we’ve been lucky enough to have all of our team back and I think they’re really engaged and grateful to be back to doing what we love.

I think this win shows all our team, especially our new talent, what’s out there and what you can do when you put yourself out there and just do it. After everything over the last few years, let’s try new things and put ourselves out there.

What do you most enjoy about competing?

I want to set a great example for our team and know there are so many more things out there than just working behind the chair, which is still in itself an unbelievable career. Put yourself out there and bringing out your creative side and stepping outside your box. I feel like people think there’s some sort of class they need to go through in order to do a photo shoot and enter a collection. Since a lot of hairstylists are perfectionists, it’s hard to realize that you just got to do it.

You have to get a makeup artist, or do it yourself, hire a photographer and set a date to go for it. Your collection will probably change eight different times and that’s okay because it’s part of the process.

What was the inspiration for your collection?

I was inspired by X-Presion Creativos. Last year was the first time Aveda has worked with them and I thought it was super cool. I’ve always been inspired by them. I love their pixelation technique and it just blew my mind. Just making hair into true art, not only through colour but texture, and that’s really where I got a lot of my inspiration from.

How did you decide on the hairstyling techniques and colour?

I never fully plan exactly what I’m going to do because I know it’s going to change anyways. Looking at my past collections, I noticed I have a style that’s more muted and softer. It’s what I’m drawn to.

I like to find inspiration everywhere. Looking at runways and going through magazines, looking online and on Pinterest. I look to see what I’m drawn to. I knew I wanted to do some sort of basket-weaving and braiding technique for this collection.

I never attempted [basket-weaving] on hair before but I decided it was something I wanted to do this year. I’ve always been into arts and crafts, so I thought I could do it. I went with it and luckily it worked out. I knew the weaving itself would take a while, so I incorporated some hair pieces and weaved them into my models’ hair so we weren’t spending as much time the morning of [the photo shoot] and I can focus on the overall look.

Tell us about the photo shoot.

We did the photo shoot in the summer, and Rachel Kilgour, a stylist at Verde salon and Contessa finalist] shared our photographer and did our photo shoots on the same day. There weren’t any big unforeseen issues that came up, but what was nice was that we had a lot of our new talent stylists, who are interested in competing in the future, assist and it was really nice to have a bunch of us involved in the process. They get to take a piece of that experience home with them and feel really proud.

What’s next for you? Any goals or projects you’re working on that you can share?

Verde also owns the Aveda Institute in Winnipeg, so we’re in the process of expanding the institute into a new, larger location. I plan on helping with that transition. Also, I’m really concentrating on growing our team, both technically, professionally and as people, so I’m setting up a ton of education around that.