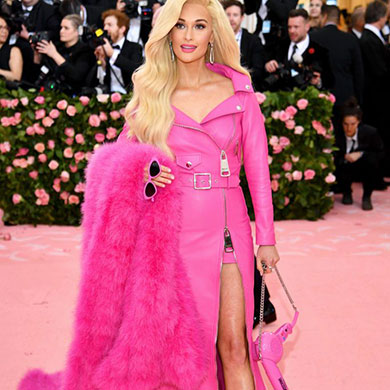 As with any award show, we were highly anticipating the celebrity looks that would turn heads and stun the red carpet at this year’s Met Gala. This year’s theme, “Camp: Notes on Fashion,” was open to interpretation, but the looks were definitely wild and out of this world!

Here are some of the looks that caught our attention.

Kacey wore a hot pink ensemble inspired by the infamous “Barbie” doll which was paired with an accessory that was truly the pièce de résistance: a blow dryer for a purse, making her look essential in our roundup! 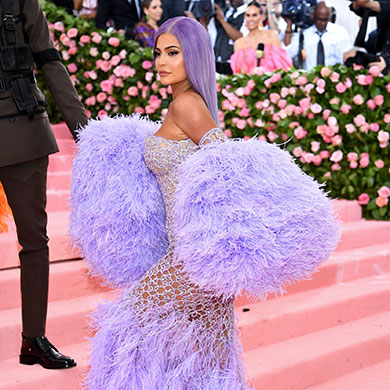 Rocking a vibrant feathered Cher-inspired ensemble, Kylie opted for a matching lavender wig. (Fun fact: Kylie’s entrance definitely made a statement as she walked in with her sister and date for the night, Kendall Jenner, who was wearing a very similar ensemble in orange! #Twinning) 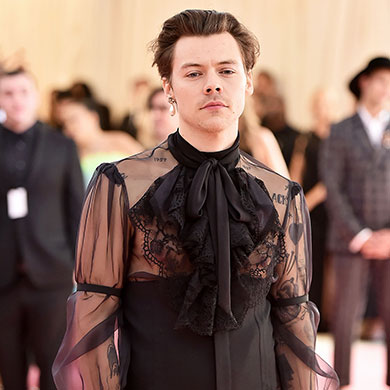 At this year’s Met Gala, Harry opted for something a little different than the colourful Elton John-inspired ensembles he’s been wearing on tour; a black Gucci jumpsuit. With a ruffled top, drop earrings and his dual-coloured mani, Harry still managed to turn heads on the red carpet. 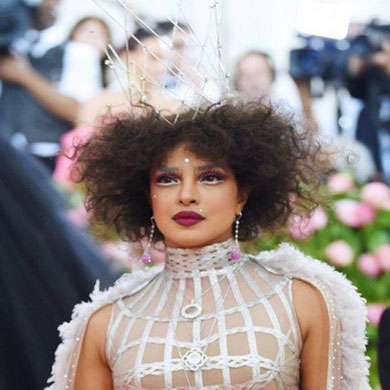 Priyanka brought the fire to the Met Gala for the third year in a row. Wearing a Dior dress embellished with feathers, her short, curly voluminous hairstyle and makeup was truly out of this world! 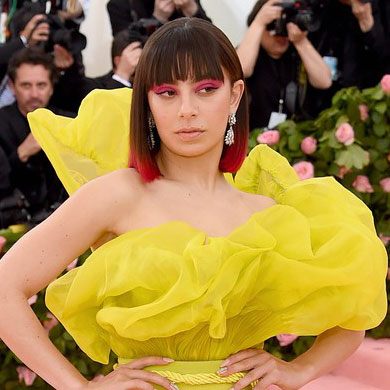 This look truly made a statement! From the long, yellow ball gown to the short and edgy punk-rock ‘do, the overall look was the perfect amount of edge for the camp-themed gala. 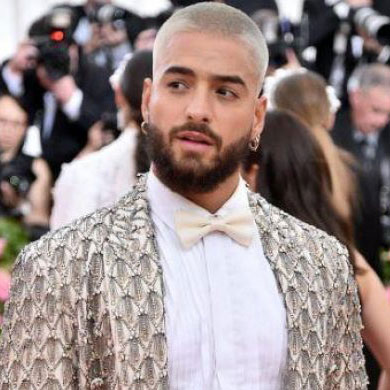 Latin pop-star Maluma showed up at his first-ever Met Gala this year, rocking Moschino by Jeremy Scott. His white tuxedo with sparkly tassels paired perfectly with the debut of his platinum blonde hair and fresh buzz cut for the occasion. 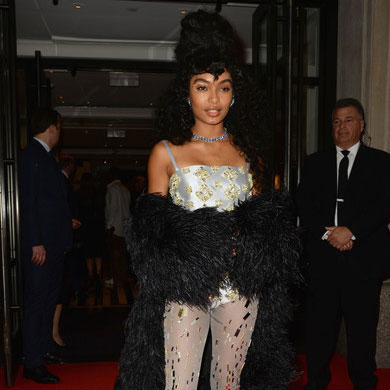 Yara Shahidi’s overall look was elegant and relatively subdued but she maintained a youthful vibe. Playing up the softness of her naturally textured hair with delicate braids and half-up pony along with glowing makeup palette, accentuated by crystals, Shahidi was on point with her fresh yet glamourous gala style. — Anna Lee Boschetto, editor-in-chief