Rounding Up the Top Looks at Toronto Fashion Week 2019

We went behind the scenes with Redken at Toronto Fashion Week (TFW) and got the inside scoop on the hair looks and trends featured throughout September 3-5, 2019. 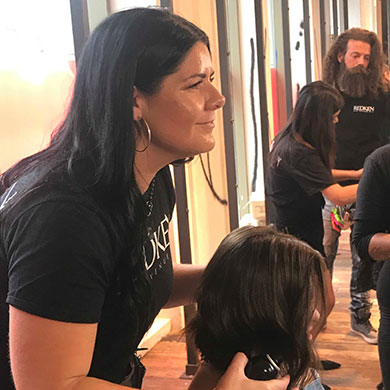 For the lowdown on everything to do with hair, we spoke with Redken lead hairstylist Jorge Joao and Redken artist, Katrina Smiley.

“We’ve got a little bit of everything— from wet looks to clean looks that are more defined, to old school looks with a modern twist,” said Joao.

Here are some of the trends we saw backstage.

“We featured a lot of ponytails— some low, some high and some classic ponytails with a centre part that were very clean, sharp and all about the shine,” said Joao.

“The goal is to create an illusion that the hair is wet,” said Joao. “We’re using products that give us ‘wet hair’ looks that last. To do this, we layer products, blow dry the hair back and add a lot of shine. It’s an easy look that looks cool if it’s done right,” he said. 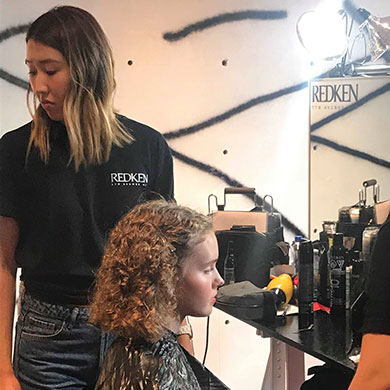 Joao explained that Wuxly’s show featured regular people, from all over. “For this show, we worked with all kinds of people and their natural hair textures to make them look the best that they could,” he said.

From waves to natural curls, these hairstyles were all about using what the models already had.

“This show is all about enhancing curls, tidying them up and truly allowing the models’ natural beauty and features to come through while making them look runway ready,” added Smiley.

“This look has a very old school Gatsby feel, but it’s a little bit more modern,” said Joao, who was excited to see this look rock the runway.