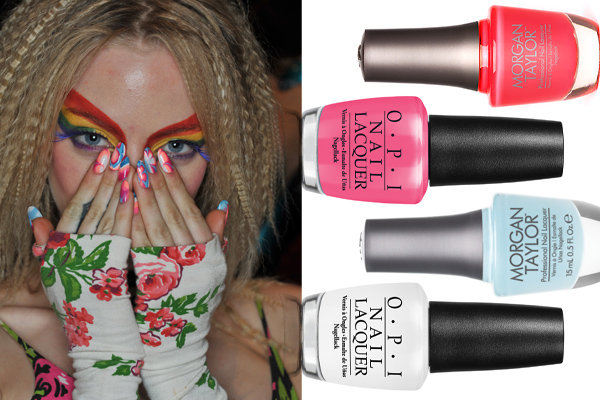 The Fix: Morgan Taylor and OPI

As the runways prepare for warmer weather, it’s no surprise that there’s going to be a mix of toned-down neutrals and bright colours, but neons were turned right up at New York Fashion Week. At Betsey Johnson, the Morgan Taylor team created a psychedelic pattern using Don’t Worry Be Brilliant and Water Baby that highlighted the brand’s colourful position. At Jeremy Scott, OPI lead nail artist and social media maven Miss Pop painted the models’ nails a mix of bright colours, including Kiss Me I’m Brazilian and Alpine Snow.

The Fix: China Glaze and CND 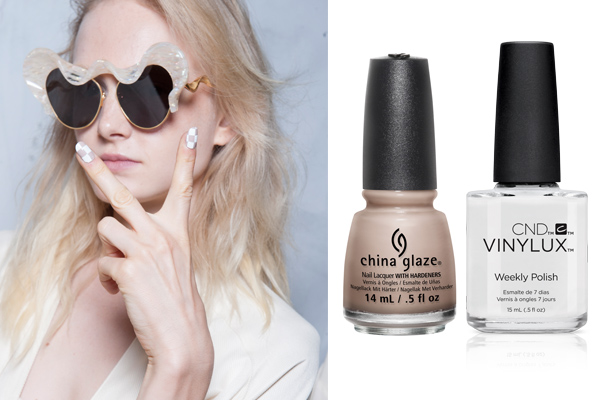 Graphic lines have been marching up and down the catwalks for a few seasons, balancing out the laid-back nature of the hair, but this season we saw a new variation: the checkerboard. At New York Fashion Week, both China Glaze at Opening Ceremony and CND at Libertine played with this game-inspired pattern. Mixing in some bright colours with neutral hues, China Glaze used Whats She Dune? to create its checkered manicures and CND used accented Cream Puff against other textures and patterns. 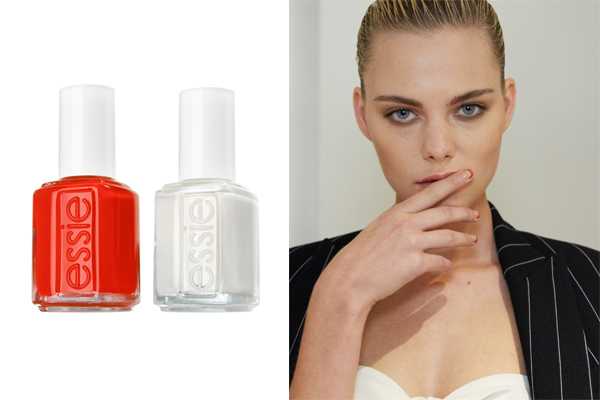 Some may think the French manicure is a dated approach to nails, but while we’ve abandoned the traditional French, it’s gotten a complete revamp. Essie created two French tips at Toronto World MasterCard Fashion Week for Lucian Matis and New York Fashion Week for Veronica Beard that paid homage to this classic style while still offering a fresh perspective. At Lucian Matis, lead nail artist for Essie Canada and global lead educator Rita Remark created a more graphic keyhole-like design using Blanc, while at Veronica Beard the team used Clambake as the tip on a nude base for a colourful twist.