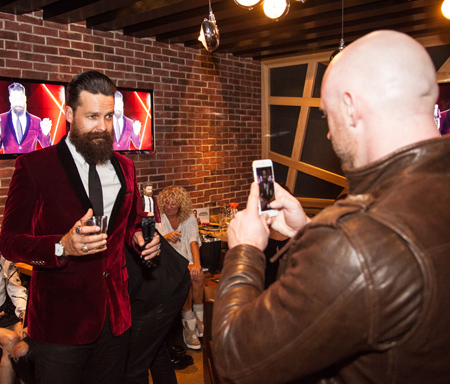 Starting off the month (and just in time for the NHL preseason) we celebrated the official launch of Schwarzkopf Professional’s two additions to its Osis+ line: Play Tough waterproof gel and Mighty Matte styling cream. 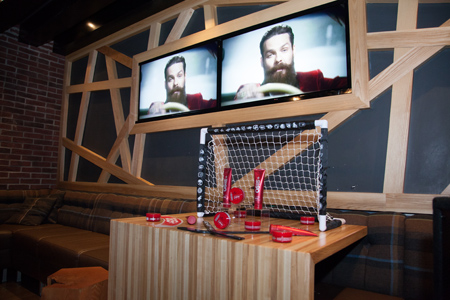 The hockey-themed bash was held at the Shark Club Toronto sports bar on October 1. Schwarzkopf Professional Essential Looks artist and owner of Victory Barber & Brand in Victoria, B.C., Matty Conrad, was on hand with his adorable (and Insta-famous!) action figure along with Toronto Maple Leafs players Dmytro Timashov and Rinat Valiev. 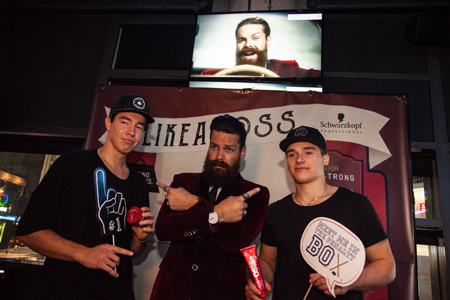 Conrad created two hairstyles using the products. Using Play Tough for extra hold for slicked-back, barber-inspired looks, Conrad created the Low-Faded Pompadour, which he describes as a “really classic, old-school haircut with long sides that are swept back for a more 1930s-inspired, blue-collar look.” The waterproof gel (one of our must-haves of the season) is perfect for creating looks that withstand the season’s colder, damper temperatures. 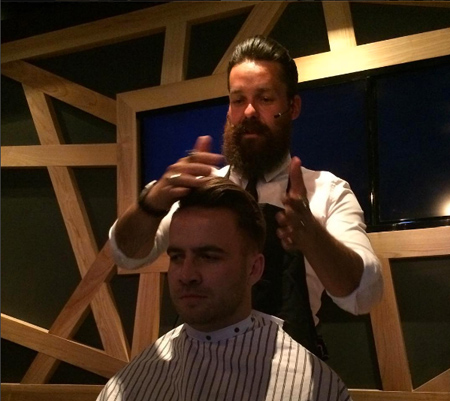 While Mighty Matte isn’t named after Conrad (we had to ask, right?), it’s his go-to product. “It’s my favourite product to use right now because it’s so on trend with the looks I’m creating. I wasn’t part of the invention process for the product but Schwarzkopf read my mind.” The styling cream was used to create The 1942, a look that Conrad says was inspired by old photographs of combat pilots from World War II, for hair that’s “very tight on the sides and a lot more roughed up, textured, messy and dry.” It’s also great for creating those street-style inspired looks we’ve been seeing everywhere this season. 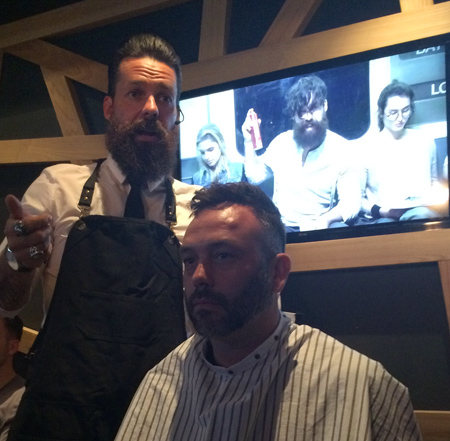 Conrad describes both styles as “classic looks with a modern twist” inspired by the looks from the TV show, Mad Men, along with the men of our grandfathers’ generations. “My grandfather would say, ‘When you put a part in a man’s hair and a shine on his shoes, he becomes his best self,’” says Conrad. “For us as hairstylists, the way we make people feel is just as important as the way we make them look.”