Essie was in the spotlight this week, creating striking nail designs—led by Rita Remark—for the fall/winter 2013 season at Toronto World MasterCard Fashion Week. With Remark is a powerhouse team of five nail artists, Judy Lim, Misty Fox, Rose Broadbent, Annie Lam and Alison Porter. Remark and her team worked assiduously, keeping an eye out for the 16 models in between their hair and makeup applications and dashing to and fro to secure all the designs onto all 160 digits. Remark came back to Toronto after participating with the Essie team at New York Fashion Week this year in shows including the Olsen’s The Row, DKNY, Phillip Lim and Carolina Herrera.

Texture is a big trend for the season, according to Remark, and it doesn’t necessarily have to be created with fabric materials. “Polish can give the illusion of texture when manipulated in certain ways,” she says. 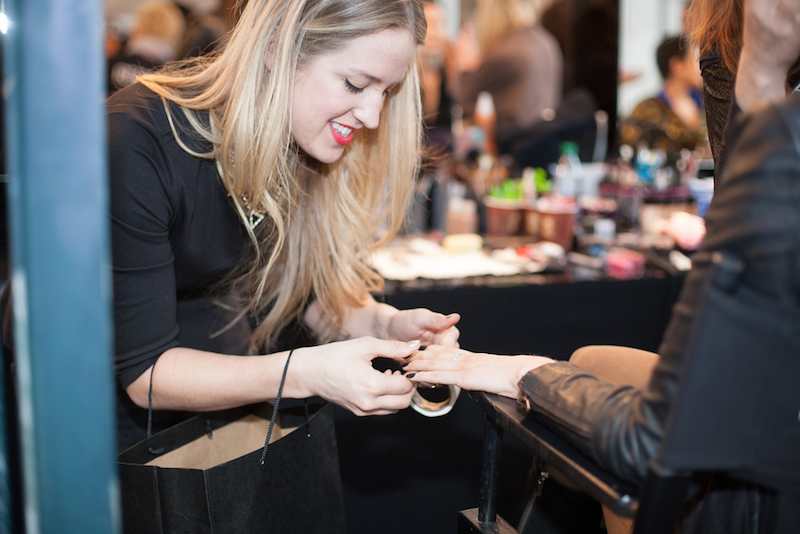 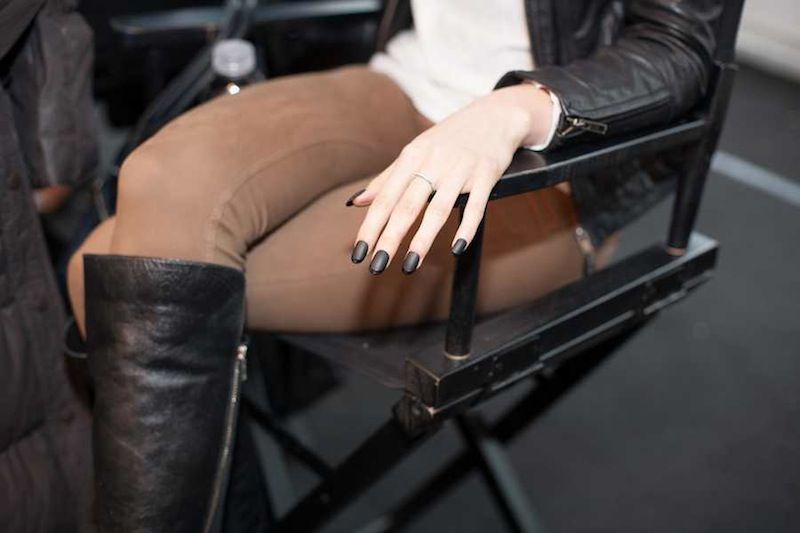 At MIZ by Izzy Camillieri, nails went matte in a mixed-texture French manicure using Essie’s Licorice and Matte About You on the tips for an uber-urbane style. “Mattifying nails is new and contemporary,” explains Remark. 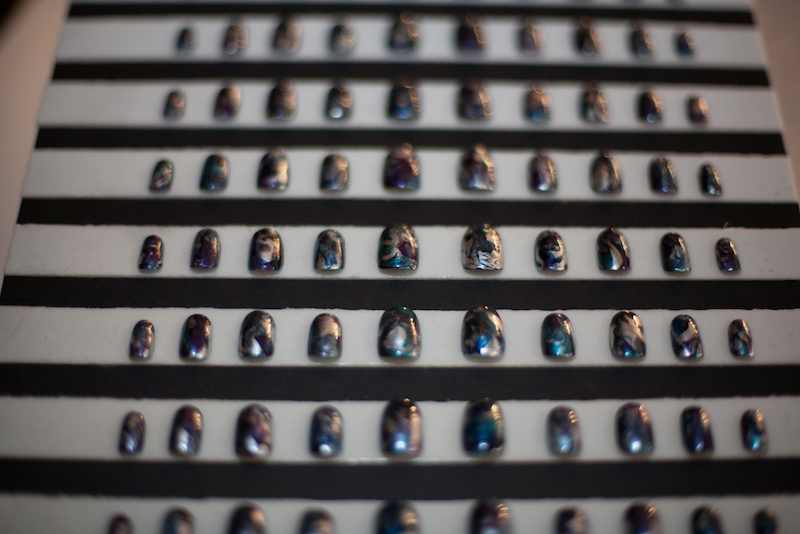 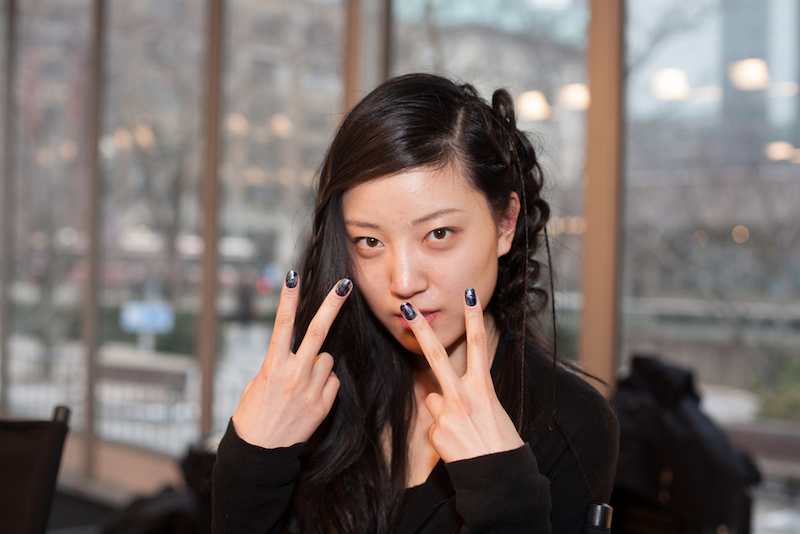 When the sisters behind Chloe Comme Parris approached Remark, they knew they wanted an oil-spill effect. Using metallic colours—Trophy Wife, Sexy Divide, Modnight Cami, No Place Like Chrome and Over the Edge—and finishing with a top coat gives the illusion of an oily look, says Remark. 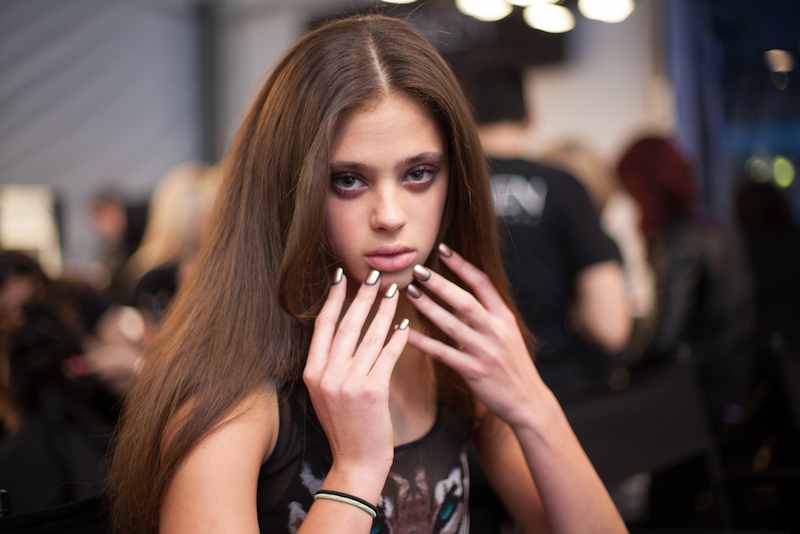 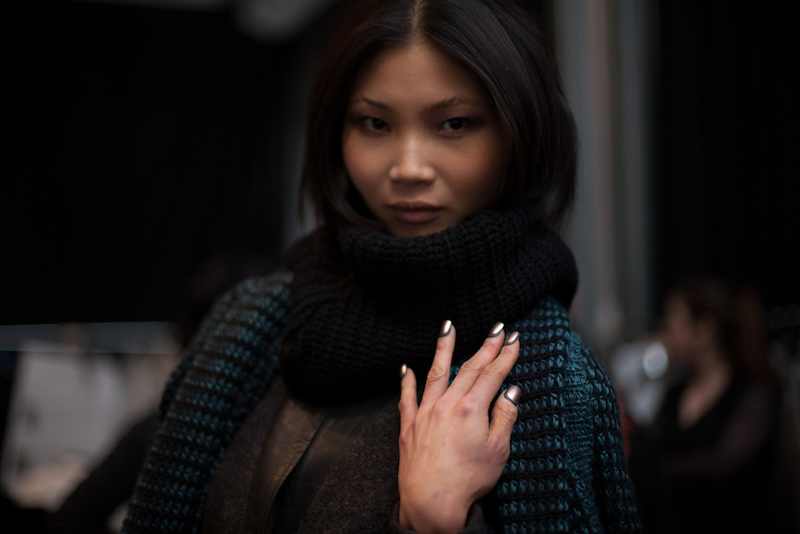 Gearing up for the LINE Knitwear show, Remark welcomed the open-mindedness of co-designer Jennifer Wells, who is a nail enthusiast too. “We played with different colours and then decided on a matte metallic silhouette,” says Remark, who used Armed and Ready with one coat of Matte About You, topped with Penny Talk.