Every successful photo shoot begins with an inspiration board which helps focus the whole team with one vision. These three award-winning hairstylists delve into why it’s an essential part of their creative process. 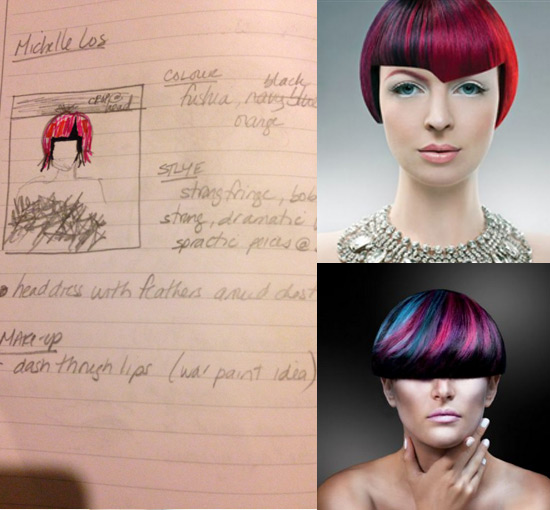 “I prefer creating that feeling. Once you have the feeling flow, everything falls into place much better.” –Rossa Jurenas, Studio Rossa, Tillsonburg, Ont.

For Contessa winner and Schwarzkopf Professional North American colour director Rossa Jurenas, inspiration comes from fashion. “I’m often inspired by Alexander McQueen, and I’ll want it to look dark, with lots of metal and metallic, and more of a twist,” she explains. For last year’s Contessa collection, Jurenas says her work was inspired by the effect of sun shining through a prism and the kaleidoscope of colour it creates.

“Look at how many years I’ve entered and not won. It’s about showing what I can do differently for myself, and I always want to experiment and try something new. This is what will help us become better than who we are, and it’s really about bettering yourself.” 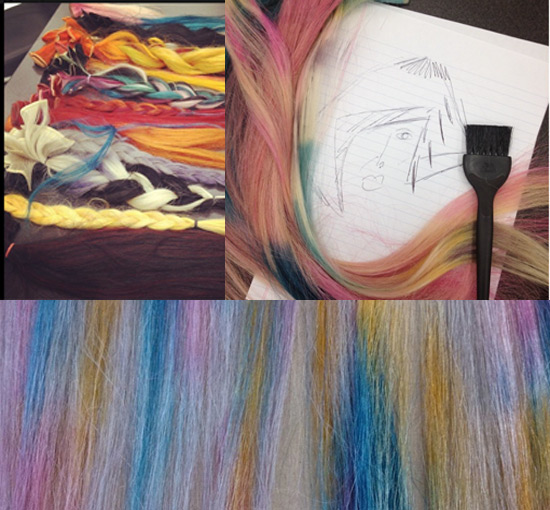 “When I look back at my own work, I’ve gotten much more efficient. Rather than getting not a lot done, I’m really learning about getting the right things done perfectly.” –Dana Lyseng, Salon Supernova, North Vancouver, B.C.

Setting the mood for her collections is the initial part of building her inspiration board for Dana Lyseng. The Contessa winner and Wella Professional global ambassador constantly collects images and begins the process of editing when she’s preparing for a photo shoot. “Blurry, clear, happy, angry: for me, a collection is about the mood,” says Lyseng. “Once I take 100 images down to 10 to 15, I find it.”

“I’m really learning to edit my work. When I want to prepare for a hair shoot, I collect images I like. I end up collecting a lot of content, but I need to find the context of what make sense for each shoot,” explains Lyseng. 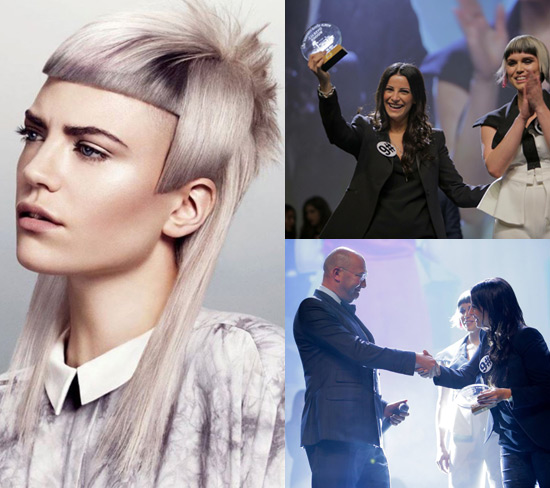 Maggie Semaan, co-owner of Nüva Beauty & Spa in Laval, Quebec and N2 par Nüva in Montreal won the World Champion title at the Davines World Wide Hair Tour in Los Angeles. She is also a Davines trainer and has recently launched her own line of luxury hair extensions.

“I get a lot of my ideas from nature, music and videos, then I start putting these different sources together.” Not leaving anything to chance, Semaan says being very well organized is a top priority when moving forward in putting together a cohesive look or collection. “It takes a lot of practice when you combine different ideas together to create a beautiful result.”

Anna Pacitto, member of the international artistic team for Davines and co-owner of Salon Pure in Montreal, has been coaching Semaan for a while. For the L.A. competition the work was even more intense. “She is an inspiration, and she always gives me a vision for the future,” says Semaan. “Anna is adamant about helping others achieve their best, and she is also a very humble and helpful person.”