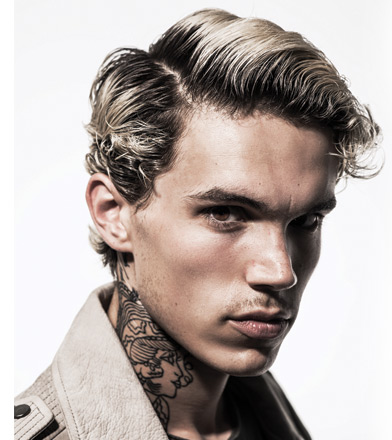 Styling for All Mankind

Men’s hairstyling and specialty services are hotter than ever! Although barbering continues to be popular, men’s styles are moving in a new direction for 2016. Here’s how you can keep your male clients right on trend and your salon business on the rise.

Because the big hipster barbering trend started to go mainstream last year, we are obviously still going to see quite a bit of these influences in 2016. So, no need to worry! Short, faded barber looks are still going strong for the majority of clients who want the barbershop experience.

However, the trendiest of guys are now moving away from those quintessential looks (the coiff, the pompadour, the flattop) and opting for longer locks instead. In Europe, where most of men’s cutting-edge hairstyling trends tend to originate, “Hair is longer and softer, flatter and away from the face,” says Terry Ritcey, director of education for Redken Canada.

“To go with longer hair, finishes are also softer and a bit dishevelled—almost like they need a haircut,” says Ritcey. “We’re also going to be seeing less undercuts but more texture and natural hair for better structure,” says Pete Goupil, an educator for American Crew. “I’m seeing a lot of late ’80s and early ’90s hairstyles. Hair is also less groomed.”

With hair being longer, it’s also time to revisit the beard and facial hair in 2016 and create a new balance between these two pivotal expressions of men’s grooming. To look polished and elegant, “Facial hair will become shorter as hair gets longer,” says Ritcey. According to Goupil, “Moustaches are going to be huge in 2016 for those early adopters!” 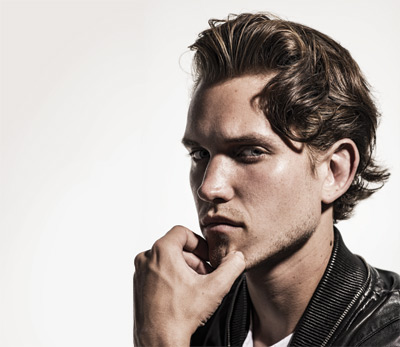 Show me the money!

It’s no secret for anyone with a large male clientele: Business is booming! And it’s still growing because of the huge impact of the barbering trend that is trickling down to all male consumers. 2015 is the first year that there has been more online interest in men’s hair than women’s. In fact, according to Google’s 2015 Beauty Trends Report, “man bun” was one of the most searched beauty terms of the year.

“Men are finally enjoying taking care of their look and appearance: They want the eye contour crèmes, the hair lotions and the pomades,” shares Simon Parent, owner of Revolution & Style, a Canadian company that represents brands like Reuzel, MensDept., Vitaman and Brave & Bearded. And, unlike women who know exactly what they want, men like to be guided. It’s actually very easy to have brand loyalty with your male clients: They are always more likely to buy products that their stylists and barbers recommend.

Consultation is key. Find out what your client’s lifestyle is like, including his job, which will help you assess how far he is willing to go with a new look. Study the bone structure of his face and how much ink he is displaying. All these elements will give you clues about the new look you’ll want to suggest.

“Guys are more easily sold into the full package today,” says Ritcey, “and because of men-specific education classes, stylists also feel more comfortable talking about brushed highlights and styling their beards and facial hair.” For your average guy, you now have the ability to take him from just getting a haircut to a colour service to camouflaging greys with three or four foils. And remember the big hair-painting trend, which is a fresh way to add a youthful brightness to his face.

According to Goupil, “We’re moving away from undercuts and adding more technique and a lot more classic shapes.” Because of this trend, Goupil recommends that hairstylists really focus on their cutting skills through education. Goupil also thinks that bleached hair with a style reminiscent of the ’90s will be making a comeback in 2016. But he cautions against creating too many sharp angles on a buzz cut: “It looks too metrosexual,” he says, “and really you don’t want that.” 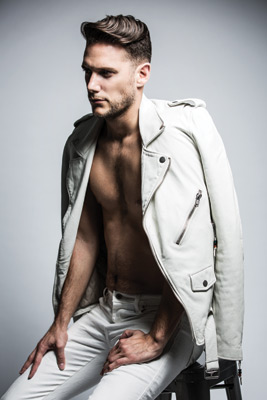 “Men really don’t like the idea of going to a salon that’s too feminine,” says Parent. “If you want to have a thriving business for men and women, it’s always a good idea to create a separate area in your salon that caters specifically to men. The investment is worth it.”

Even if your salon doesn’t have a traditional barber look and feel, you can create a specific men’s zone and offer add-ons that your male clients are looking for: hot towel on the face, scalp massages and nail grooming services.

The point is, men have finally come of age. It’s now totally acceptable to go to the salon for a new cut, colour and (colourless or not!) manicure. In fact, some men who are sporting a fade actually go to the barber once a week for that perfectly groomed look. And remember to always book their next appointment before they leave. 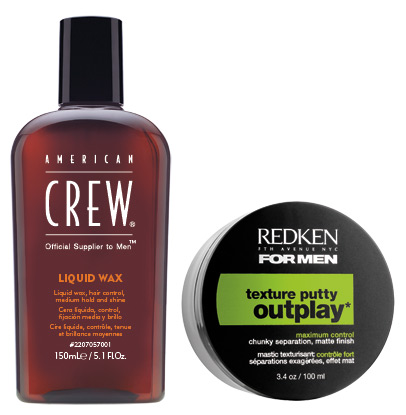 Liquid Wax by American Crew: A great styling product that can be used many ways on dry or wet hair. Provides optimal control, shine and hold. “I love it on any length, but it’s really amazing on longer men’s hair.”

Constructs hair with funky separations for oversized pieces and a matte finish, in a crunch-free formula. Lasting memory with humidity resistance. “We re-imagined our entire Redken for men collection last year to offer more styling options.”