Styling the Stars: A Chat with Sandro Macri About the 2019 Juno Awards

We got the inside scoop from celebrity hairstylist Sandro Macri, who worked with his Toronto-based salon team from Salon Collage to create hairstyles for the 2019 Juno Awards on celebrities including David Foster, Dizzy and Kaia Kater. 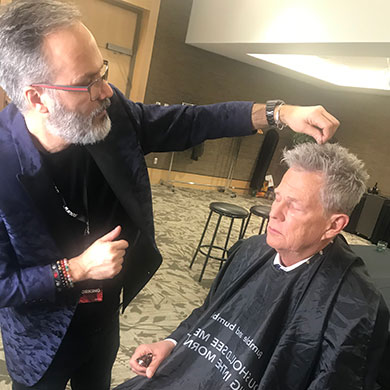 “The theme was all about being a rock star,” he explains. “We did a bit of everything for both the red carpet and the awards. These looks included a lot of natural, curly, textured and classy looks with an edge.”

Macri, who is also a Davines artistic team member, says what he enjoys most about celebrity hairstyling is being able to bring out everyone’s individual style. “Because everyone is so different, we love to see what they’re wearing and then create an interpretation of what they want done with their hair,” he says.

One of the hairstyles that Macri created this year was an intricate braid that incorporated twists and gimp material. “This look was contemporary with a bit of an edge. It featured two twists in the back with a braid going down the middle to add some texture,” he explains. 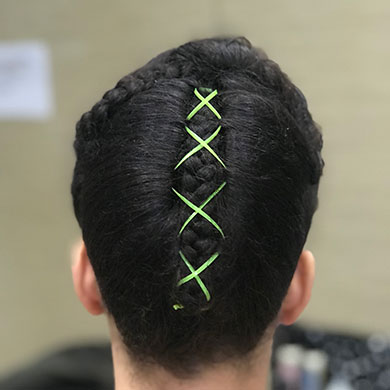