Stylist Caffery VanHorne Turns His Passion for Fashion Into a Career 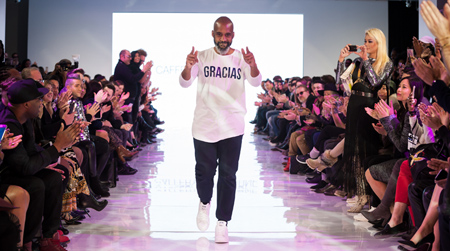 Initially beginning as a hobby, hairstyling turned out to be quite lucrative leading to his work on numerous photo shoots, winning multiple awards (including two Contessas!) and becoming a salon owner.

Working for more than 15 years in the industry, VanHorne eventually realized it was time for a change. After closing his salon in 2012, VanHorne debated over what his next move might be. In 2014, while spending time in Colombia shooting for swimwear companies, he decided to make the move to fashion design—something that has been a dream of his since attending the prestigious Academy of Merchandising and Design in Toronto in 1998.

Fashion turned out to be a natural fit. VanHorne created his namesake luxury brand that is “geared towards those who appreciate timeless elegance.” The theme of the brand’s first collection is “Man of the World”, which aims to capture the international jet-setting lifestyle of the modern man. Featuring a range of luxury menswear and accessories, the fall/winter 2016 collection was showcased at Toronto Men’s Fashion Week (TOM*) and received rave reviews.