Taking Inspiration to a New Level with Darren Ambrose 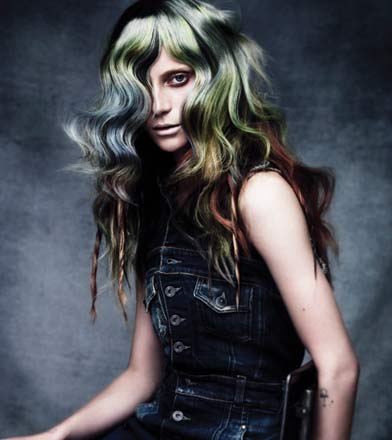 Darren Ambrose was named the 2015 British Hairdresser of the Year at the British Hairdressing Awards (BHA). He has won multiple BHAs in the Avant Garde category, and as Wella Professionals’ global ambassador, Ambrose continues to cultivate his creativity working with creative teams around the world.

Whether he’s creating a collection, designing looks onstage at Salon International or consulting with his team at D&J Ambrose—a salon he co-founded with his wife Jackie—Ambrose is always looking for inspiration around the corner. Maintaining a strong connection between fashion and hair, Ambrose nds much of his inspiration for his creativity from textiles. Here’s how the U.K.-based hairstylist sees the union of fashion and hair, and why he believes competitions are the key to pushing your creativity on all levels.

Salon Magazine: How did the concept for the Vanity collection come to life?

Darren Ambrose: We did a show in London at the end of 2016 and presented the Vanity collection, so it was wonderful to have the support of my family at Wella. The ideas and inspiration came from fashion photographer Steven Meisel, whose work has been everywhere from W to Vogue. In particular, I really love his approach to the photography of women because he really captures them in a beautiful and iconic way. So Vanity is really a collection about iconic woman through decades of fashion and design.

SM: Where do you get your inspiration as you are building a collection?

DA: Working during London Fashion Week, you pick up a lot. My wife and have gathered an extensive wardrobe of designers including Alexander McQueen and Vivienne Westwood, for our company D&J Ambrose so we took these pieces and created different female characters based on the fashion.

SM: Where do you begin when you’re creating a new collection?

DA: For me, when I’m designing something I begin with sketching whatever comes to mind that is obviously hair related for me. Then I think about it from a fashion perspective. I’ll look at which designer, fabric or cut of clothing that would work with that haircut or session hairstyle. I go into researching different fabric textures whether it’s silk, leather or fur, and it all ties in.

SM: You mentioned that Meisel’s ability to capture women was different, how does your view differ in this collection?

DA: I think we’re focusing on how women view themselves as women. This is more of a powerful structure as a woman—very clear headed and directional, pleasing herself as opposed to pleasing men. Men will often see women as sexy, which is wonderful but I think when you’re doing an editorial shoot or creating a collection, it’s important to show strength. 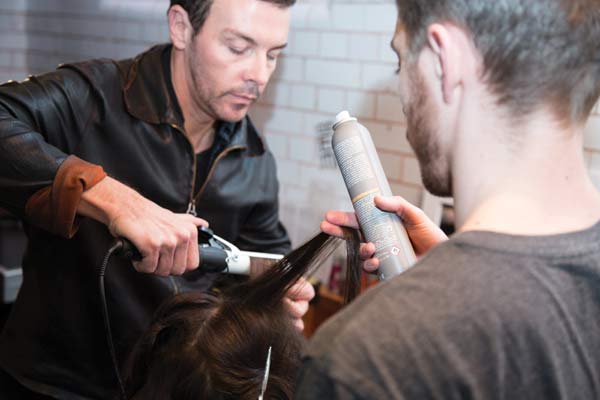 SM: Why do you believe that competitions are still important for hairstylists today?

DA: When you’re beginning as a hairstylist you work hard as a creative person. When you’re training at a junior level, getting educated and taking it all in, it gets to a point where you’re naturally creative, and you want to push yourself. Competition is another way to move further up the ladder as you grow as a hairstylist. In many ways, competition helps you in creating a signature style for yourself, rather than being a carbon copy of someone else. With Wella’s TrendVision, the whole concept is an amazing way to let yourself go creatively and showcase yourself as a creative person to your peers, and if you win, it literally launches you to a whole new level.

SM: Any advice for anyone entering a competition?

DA: You have to be very open. When you are working on something, you can get so involved and as an artist, I’ve done it myself. You need to learn to step back from your work when you think it looks cool, and you like where you’re going. Just stop there and walk away. Even taking 10 minutes away from your work will give you a different perspective, so don’t be afraid to give yourself time to revisit what you’ve done and edit if you need to later in the process.